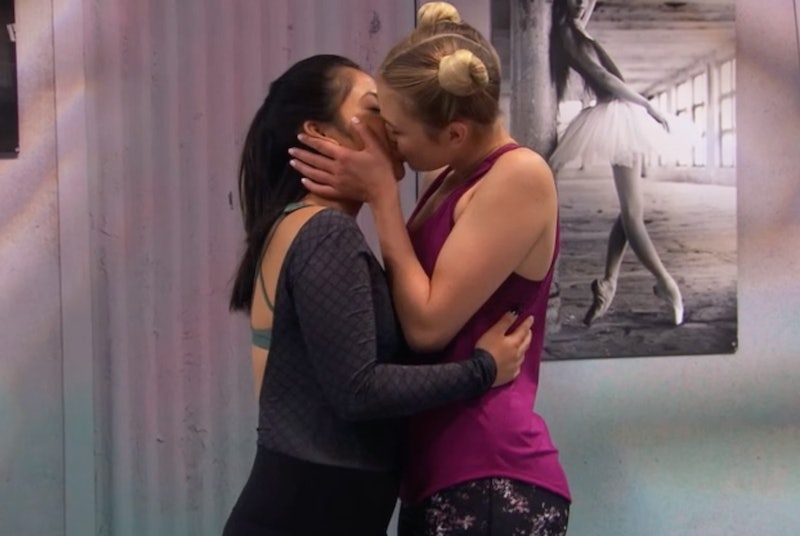 The Next Step / BBC

Over the last decade, LGBTQ+ representation in TV has come on leaps and bounds. Pose, Queer Eye, Orange Is the New Black, and RuPaul’s Drag Race are some of the most loved and talked about TV shows, opening up conversations about queer identity and relationships. Seeing positive representations of yourself reflected in things you consume is crucial. However, sometimes this very necessary diversifying of onscreen content can result in a backlash from unenlightened viewers. And after receiving over 100 complaints, the BBC has defended the decision to air a same sex kiss in one of its CBBC shows.

The Next Step is a Canadian mockumentary-style dance series that follows the lives of teens in a dance troupe. As part of a Season 7 storyline, Jude (played by Molly Saunders) and Cleo (played by Dani Verago) dance together. At the end, they shared a kiss and open up about how much they value and love each other. It’s been reported that after the episode aired the BBC received a number of complaints regarding the scene.

However, a spokesperson for the broadcaster has since responded very firmly to the people who reached out and complained. A statement read: “The decision to include this moment, as part of a longer storyline throughout series seven which has been tracking the development of a romantic relationship between two of the characters, Jude and Cleo, was taken very carefully and with much consideration, and came about after CBBC and Boatrocker (the production company who make the show) acknowledged that the series could and should do more to reflect the lives of LGBTQ+ young people.”

The BBC pointed out that heterosexual relationships are represented in their shows often and that the scene was considered and handled sensitively. “This is an important part of our mission to make sure that every child feels like they belong, that they are safe, and that they can be who they want to be,” said the BBC in a statement. “CBBC regularly portrays heterosexual young people dating, falling in love, and kissing, and it is an important way of showing children what respectful, kind and loving relationships look like.”

Other shows on CBBC such as 4 O’Clock Club and Jamie Johnson have featured same-sex relationships and the BBC said, “the first same-sex kiss on CBBC was in fact in Byker Grove, many years ago.”

Representation of LGBTQ+ relationships and love on mainstream TV breaks down stigma that still exists and ensures that those watching feel seen and understood. While Jude and Cleo’s kiss is far from the first same-sex kiss on CBBC, the BBC’s defence is one step closer to helping LGBTQ+ kids feel accepted.

More like this
Gen Z Are Twice As Likely To Identify As Queer, According To New Data
By Sam Ramsden
Adam Lambert Called Out The George Michael Biopic Over Potential Casting
By Sam Ramsden
'Brookside' Is Coming Back & Soap Opera Fans Are Going Wild
By Sam Ramsden
Con O'Neill Was Connected With Sarah Lancashire Long Before 'Happy Valley'
By El Hunt
Get The Very Best Of Bustle/UK
Sign up for Bustle UK's twice-weekly newsletter, featuring the latest must-watch TV, moving personal stories, and expert advice on the hottest viral buys.