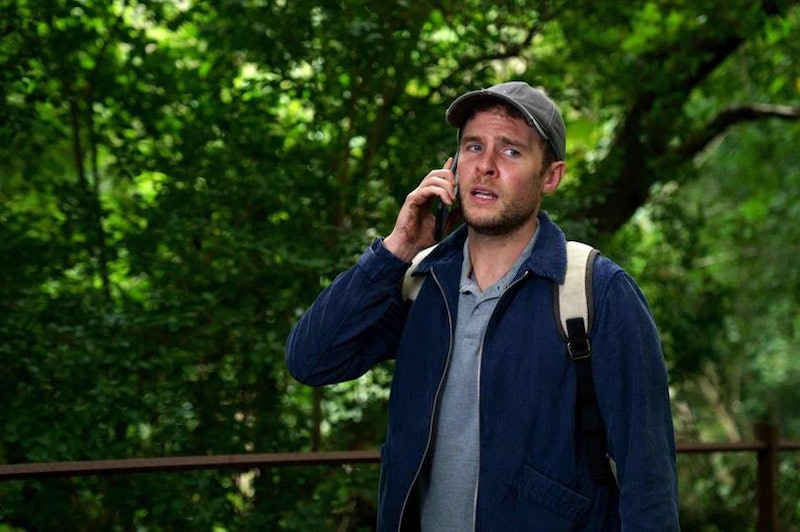 Autumn is near, and that means a brand new slate of drama for the BBC. The broadcaster recently announced the cast of its new drama The Control Room, which will take place in Glasgow and focus on a dramatic turn of events for one particular Scottish Ambulance Service call handler.

Written by BAFTA and RTS award-winning writer Nick Leather (Mothers’ Day, Murdered for Being Different) and directed by Amy Neil (Trust Me, Hanna), the three-part drama will soon premiere on BBC One and BBC iPlayer. Now with new first look photos to analyse, here’s everything we know so far about The Control Room, and what to expect from the must-watch series.

When Will The Control Room Air?

Filming took place in and around Glasgow in September 2021, but there’s currently no air date for the three-part drama. The BBC has said details about when to expect the series “will follow in due course.”

What Is The Plot Of The Control Room?

The three-part drama follows Gabe, an emergency call handler for the Strathclyde Ambulance Service in Glasgow. On one particular shift, Gabe picks up a life-and-death call from a woman who claims to know him. Described by Leather as a “head-spinning drama with heart”, Gabe must work under pressure to figure out who exactly the caller is, leading to a decision that “threatens to have devastating consequences” according to the Beeb.

Who’s In The Cast Of The Control Room?

The Control Room is led by Roadkill and Agents of S.H.I.E.L.D star Iain De Caestecker as Gabe, and Dancing on the Edge’s Joanna Vanderham as Samantha. Caestecker gave a little insight into what you can expect from the series, saying that it’s “one of the most exciting scripts [he’s] ever read” and that it left him “on the edge of his seat.”

Vanderham adds that she’s excited for the opportunity to bring these “incredibly complex characters to life”, and that she can’t wait for audiences to see what they do with the show. Both actors are from Scotland, and are equally delighted to be filming in Glasgow.

Everything Else You Need To Know About The Control Room

Filming for The Control Room took place in Glasgow and the surrounding areas, including the district of Cessnock – specifically Walmer Crescent. Filming also took place in the city centre on Rose Street, which was partially closed for two days to accommodate the cast and crew.

This article was originally published on Sep. 4, 2021