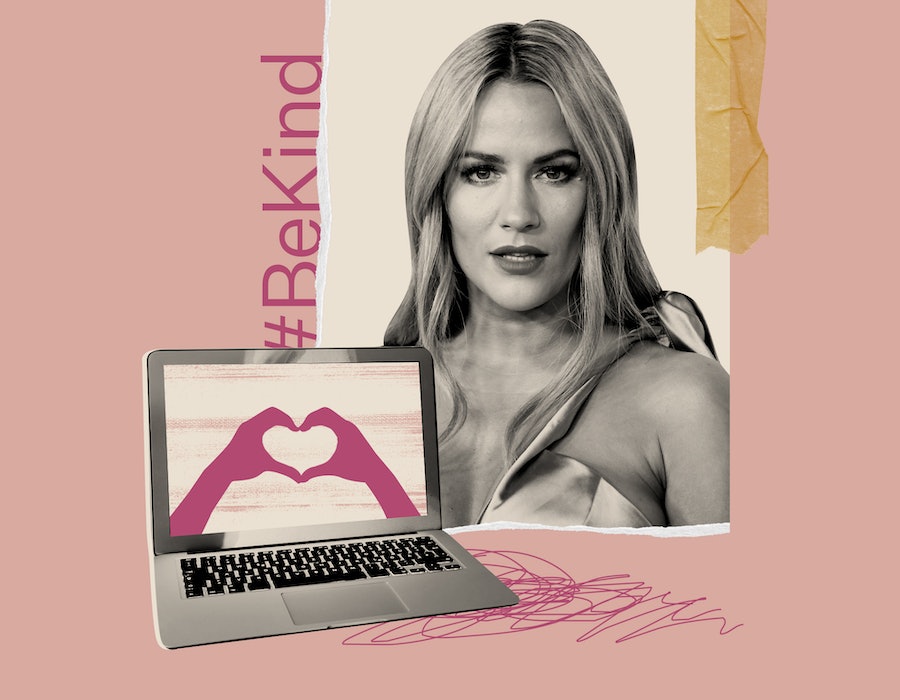 A few weeks ago an Instagram influencer was on TV defending her decision to travel to Dubai while the rest of the UK locked down as COVID-19 deaths passed 100,000. “My job is to motivate people”, Sheridan Mordew said with a completely straight face while she sat in a deserted communal pool area surrounded by fake grass in a nondescript hotel. She’s just one of the many young British influencers facing mounting criticism for being abroad in a pandemic and calling it “essential work.” As This Morning’s presenters continued questioning Sheridan through her airpods, she smiled politely and responded: “I just think, in a world where you can be anything, be kind”.

#BeKind trended for weeks following the tragic death of Caroline Flack a year ago. The anti-bullying campaign was originally created in 2017 by Lucy Alexander, a mother who lost her son to suicide and wanted to make a stand against online trolling. #BeKind gained momentum at a time of a collective sobering realisation that our online footprints have real consequences, even when it came to seemingly "untouchable" celebrities like Flack. Yet within the space of a year, the phrase has gone from something intended to highlight and counter the mental health impact of trolling, to one that’s been hijacked by influencers and celebrities to silence legitimate criticism.

How and why did this happen? And what does the current misuse of #BeKind tell us about wider societal issues?

Originally, #BeKind was a call to remind people that despite having public-facing lives, those with large platforms aren’t two-dimensional caricatures that only exist on our devices — they too deserve humanity when they mess up. But there’s a very obvious distinction between unwarranted abuse and demands for accountability from people on social media. This fact seems to have escaped many.

Fans asking their favourite influencers to follow lockdown rules is not the same as sending them death threats for not doing so. People urging those with platforms not to spread dangerous misinformation is not the same as bullying them. The misuse of #BeKind is an extension to the idea that powerful people experience “cancel culture;” when the likes of J.K. Rowling or Laurence Fox will shout the phrase to shield themselves from criticism. Yet when celebrities use #BeKind or a form of victimisation to escape accountability, what they're really saying is “stay out of my business”.

That would be fine if we didn’t live in an interconnected global society, but we do. And with the backdrop of widening inequality in a pandemic, not only has the individualism of the celebrity become grating — it’s actively putting others at risk. As we sit at home and watch Kim Kardashian fly her entire family to a remote island or see news of Rita Ora’s birthday party, it’s hard not to think about the marginalised communities who will inevitably suffer the most in a pandemic. While those with money and power prioritise their own lives or act disingenuously for their own gain, they refuse to think about the implications of their actions on wider society. And frankly, that would piss anyone off.

But the #BeKind movement does highlight a bigger problem — the social consequences of individualism. When the freedom of the individual is championed over that of the collective, it’s hardly surprising that celebrities think they exist in a vacuum and have no relation to wider society. Yet, we as an audience have also begun to see everything in the same individual terms. Time and time again, we single people out for issues that are actually bigger than them.

Before her death, Caroline Flack temporarily became a symbol of domestic violence towards men. And more recently, when celebrities and influencers flout lockdown rules, people direct their anger at them, as though they are also responsible for larger governmental failures which have allowed Britain to become the petri-dish for COVID-19 variants, as Anthony Costello, professor of Global Health at University College London, argued in the Guardian. Perhaps, trying to tackle things on a structural level feels too radical and exhausting, so we pick on individuals instead. And if that’s the case, we have to ask ourselves how fair or productive that actually is. Ultimately, the celebrities and influencers shouting #BeKind are products of the same society we actively participate in, but we struggle to afford them this context.

We’re also stuck in this cycle of toxic call-out culture and influencers shouting down criticism with #BeKind, because the online world flattens complex situations, ridding people of nuance, as well as emotion. #BeKind has almost become an antithesis to toxic call-out culture. Neither are in any way helpful, done in good faith, or solve the structural problems at hand. We have to start thinking about current issues beyond pile-ons and empty hashtags. Squabbling over individual cases is not only exhausting, but it stops us from getting to the root of the very problems influencers and celebrities present to us. The “kindest” thing we can do is take a step back and think critically on these issues.