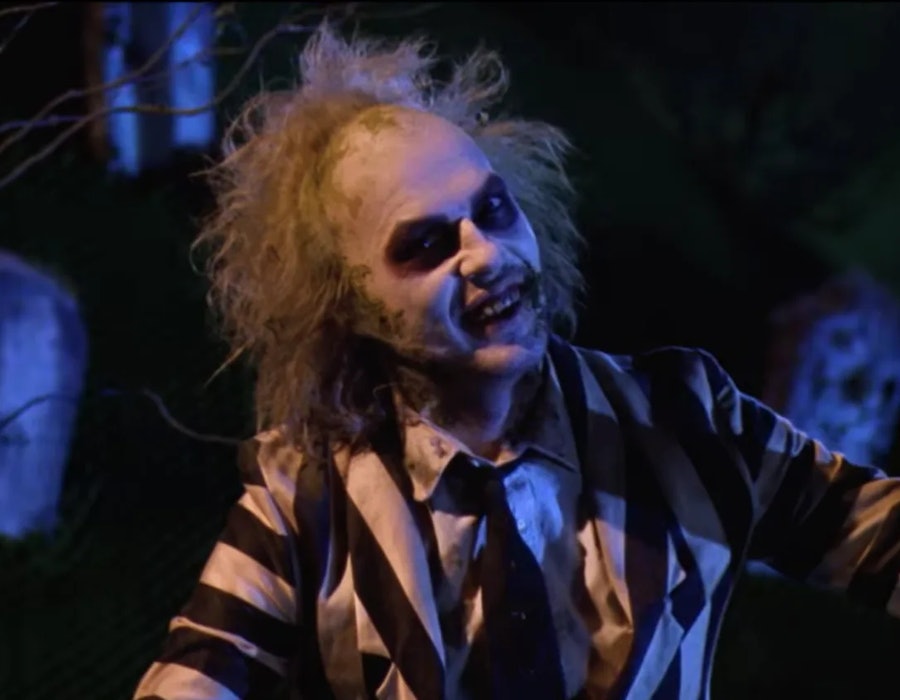 I never liked Beetlejuice. There, I said it.

I acknowledge that it’s a classic ’80s comedy, one of Tim Burton’s breakout hits as a director, and a vehicle for Michael Keaton to just go full-on bonkers in the best way. I’m not trying to take that away from you, I promise. But it’s also true that parts of it have aged badly — and that some parts were always bad.

The cast, mercifully, is not one of those parts. Alec Baldwin, Geena Davis, Catherine O’Hara, and Winona Ryder give it their all (alongside Jeffrey Jones, who’s now a registered sex offender, which... is one element that’s aged poorly). Keaton’s Beetlejuice absolutely makes the movie; it’s unbelievable that he improvised so much of his role as the “supernatural bio-exorcist.” His ad-libs are the cherry on top of a wildly inventive plot — and a clever subversion of the classic ghost story.

Still, there are problems. There are few non-white characters, and the only queer-coded one, Otho, is a bitchy interior designer (groundbreaking!). Otho is upgraded to the secondary villain once he steals the “how to be dead” book from the house’s meek ghost couple, and conducts an amateur exorcism that nearly destroys them. To punish Otho, Beetlejuice dresses him in a powder-blue suit. Everyone else gets physically harmed or killed, but obviously for Otho, bad fashion is a fate worse than death.

And that’s not to mention the movie’s two most troubling aspects — one of which is the subtext that if you die by suicide, you become a civil servant working at an undead version of the DMV, potentially for eternity. Miss Argentina jokes about her “little accident” (slashed wrists), and caseworker Juno (the incredible Sylvia Sidney) blows cigarette smoke from a gash in her throat. Amid all this hilarity about death, the teenage Lydia (Winona Ryder) begins to experience actual suicidal ideation, and it’s glossed over — easily resolved with a single encouraging conversation.

The most regrettable move, though, is to make Beetlejuice an actual sexual predator, far past the point of simply indicating that he’s a bad guy. He assaults Barbara Maitland (national treasure Geena Davis) when he meets her! In fact, he’s gleefully lascivious every time he meets a woman, living or dead. He hits on and tries to marry Lydia, who’s a teenager (the Beetlejuice musical makes her 15). In an earlier, much darker movie script, it’s made explicit that he wants to sleep with her, and she seems to be into him for a while before he tries to assault her.

Rewatching as an adult, the less savory subtext is immediately clear. But while it might seem clever and satirical to the adult viewer, it’s alarming to show someone too young to know better. I think I now understand why, when I watched Beetlejuice for the first time at 13, the movie left me feeling oddly unsettled in a way I couldn’t fully articulate: What if Lydia hadn’t been saved at the very last second? I don’t want to get married to a creepy old horndog! Is that something I need to worry about?

To my point, Beetlejuice adaptations have tried to recast the pair’s relationship. The late ’80s cartoon of the same name makes Beetlejuice and Lydia best friends, not maybe-lovers, and the Broadway musical made a big effort to modernize the story: It does keep the “I’m just doing it for the green card” wedding plotline in there, but also plays up the chummy banter between Lydia and portrays the undead pest as less threatening.

Will all this new context be enough to stop fans from watching the original film? Probably not. When my daughter’s old enough (definitely older than 13), I’ll let her watch this film if she wants. But there’ll be some contextualization about the lack of sensitivity in ’80s films, and a lot of pausing to explain: Yes, you can get married in a red dress if you want. No, you won’t have to get married to a 600-year-old ghost.