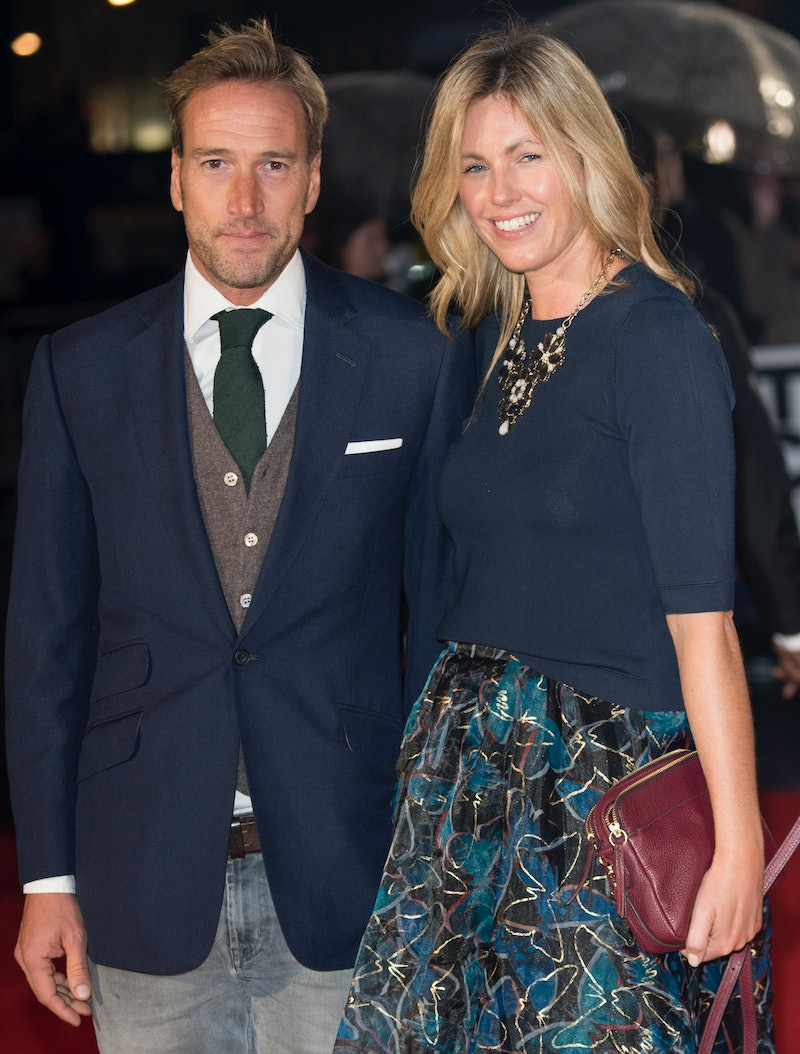 Ben Fogle is used to adventuring through some of the world’s most fantastical sights, but nothing prepared him for his time in the mystical Slab City. The off-grid community in California was the subject of a Channel 5 documentary entitled Ben Fogle and the Lost City. Back home, Fogle lives a relatively normal life with his family and an abundance of furry friends. But who is Ben Fogle’s wife Marina, and how did they meet?

Marina Fogle co-founded The Bump Class with her sister, Dr. Chiara Hunt. The group helps prepare expecting mothers with “pregnancy, birth, and beyond”. The sister duo published a book together in 2016, and they also have a podcast called The Parent Hood.

As for how Marina met her future husband, they had a total 101 Dalmatians moment in Hyde Park courtesy of their dogs. “We met and fell in love, united by our four-legged friends,” the presenter wrote on Instagram. Both dogs have since passed, but the couple honoured their memory by scattering their ashes under a tree they planted in Hyde Park at the spot where they first met.

Fogle proposed to Marina after they reunited in Antigua following a rowing trip across the Atlantic Ocean. He didn’t have a proper ring at the time, so made do with a bit of rope that he tied into a knot. “That ‘ropey’ ring symbolised a life of adventures together,” he wrote in September 2021, celebrating their 15th wedding anniversary. “We have basked in the sunshine, danced in the rain, and endured the storms together. I love you, Marina.”

The couple got married in 2006 in rural Portugal, which included a wedding cake topped with marzipan versions of their dogs Inca and Maggi, symbolising the part they played in their relationship. “They even came with us on our honeymoon to the Outer Hebrides,” Fogle added. But before that adventure, Marina revealed that Fogle actually lost his wedding ring six hours after they tied the knot. Sharing one of her favourite photos from the big day, Fogle can be seen “searching for his wedding ring in a silty lake” that they never actually retrieved.

Three years after their wedding, they welcomed their son Ludovic to the world. Shortly after, in 2011, their daughter Iona was born. Sadly Marina’s third pregnancy ended in heartbreak when she experienced a placental abruption and haemorrhaged at 33 weeks pregnant while on holiday in Austria. Despite having an emergency caesarean, their son Willem was stillborn.

Fogle was in Canada at the time and doesn’t think he’ll ever forgive himself for not being there. “When I finally got to Austria, which was traumatic in itself, going into the hospital with the children... we’ve always lived a very open and honest life,” he said during an interview with Marina on Loose Women.

“One of the reasons we share this with people is to turn what is a taboo subject into something we have conversations about,” he continued. “I’ve done some difficult things in my life, but I don’t think anything really prepared me for this.” While he hates talking about it, he does it “for Marina and charities we support for all the other mums and dads out there.”