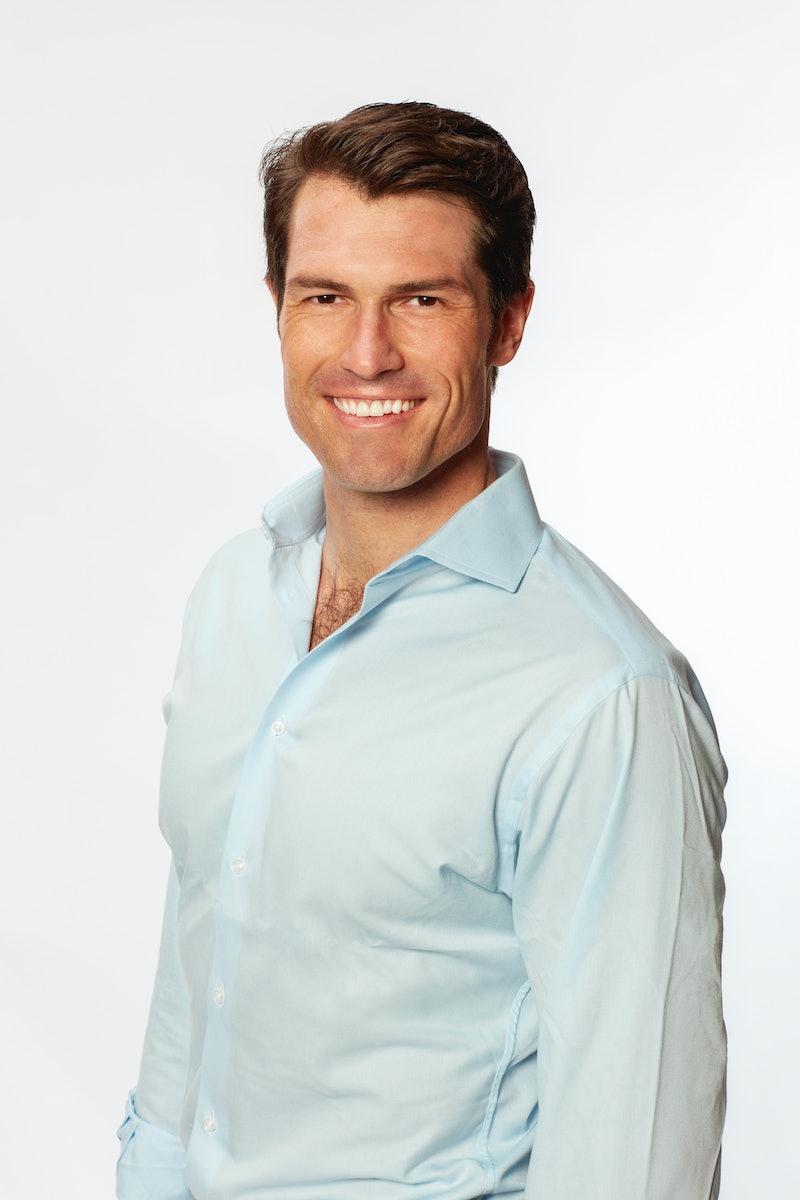 If winning the heart of the Bachelorette involved submitting your resumé, Bennett thinks he'd win by a landslide. Bennett from The Bachelorette thinks he's "the total package," given his job as a wealth management consultant, good looks, and desire to settle down. In his video preview of the season's contestants, Chris Harrison described Bennett as "50% Wall Street, 50% Greenwich, Connecticut" and a man who "never met a pair of khakis he didn't like." The Bachelor host also revealed that the star "wasn't shy" about going to Harvard, so fans should be prepared for some bragging. Below, everything else you need to know about Bennett.

Bennett is a 36-year old wealth management consultant from New York City who describes himself as "Handsome? Check. Great job? Check. Mature and ready to find his wife? Check," according to his ABC bio. He grew up in Atlanta, Georgia, and went to Harvard, which viewers will likely hear plenty about. Now that he's a successful financial planner, he reports that "life has become everything young Bennett ever wanted." He also made the very humble assertion that while it's "always been women pursuing him," he wants a change and is "excited to go on the chase for the woman of his dreams."

Fans can learn a lot about Bennett's New York City lifestyle from his Instagram, which features shots of everything from glamorous events, to throwback pictures from his Harvard days, to horseback riding getaways.

What Else Should I Know About Bennett?

Did he mention he went to Harvard? Well, while there he joined one of "those fancy Finals Clubs" that "everyone learned about from watching The Social Network," according to his ABC bio. He also finds "humidity at any level" a dealbreaker, hates golf, and "likes to indulge in a relaxing face mask at the end of the day." He also likes a variety of high-end activities, including morning yoga classes, eating in the city's best restaurants, and "walking the High Line in his favorite Belgian loafers."

What's Bennett Looking For On The Bachelorette?

Bennett is very confident in his prospects on The Bachelorette, noting that "his high school girlfriend is the only girl he's ever had to work for." When asked why he's still single, the financial planner said that he "hasn't always been this successful and good looking." Will Clare be impressed by his fancy loafers and prestigious education? Viewers will have to tune in to find out.