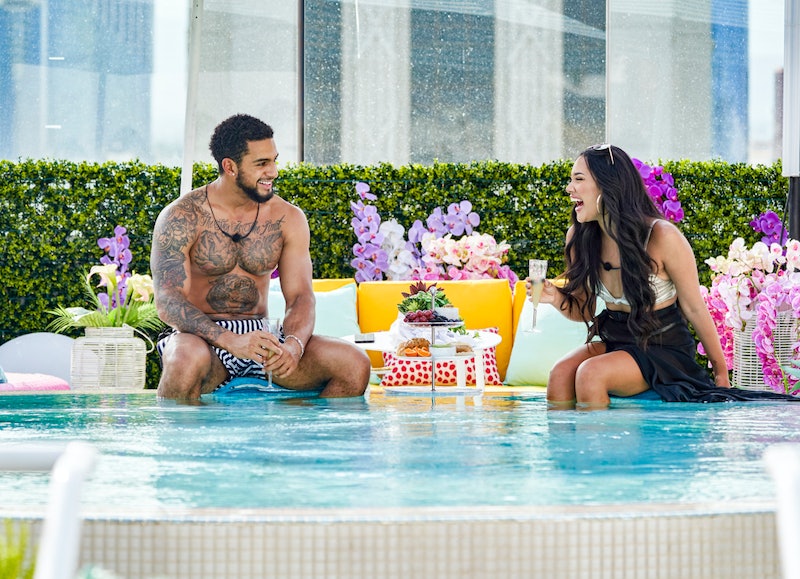 As soon as Johnny and Cely got serious about their future, Love Island producers had to stir the pot. Enter Love Island newcomer Bennie, who basically looks like a Johnny 2.0. Despite knowing how committed Johnny and Cely are, Bennie was bold enough to ask her on a date. Finding his confidence impressive, Cely obliged and sent Johnny into a massive downward spiral.

Before this situation escalates any further, here's the background info you need to know about Bennie. Spoiler alert: He's bringing Johnny some serious competition.

He's looking for something serious.

Bennie didn't enter the villa to play games. "The perfect woman in my eyes is definitely brunette, light eyes, and she's petite," he said on the show. "I care and when I do, I care hard." Cely nearly matches that description, and during the date, he called her "wifey material."

According to his Instagram, Bennie has at least two little brothers ages 5 and 8. He believes in being their biggest supporter, and they want to be just like him. He even invites them to join his (very intense) workouts.

"Family is everything to me. Nothing comes before them," he wrote under one clip of his 5-year-old brother Ethan.

In his intro on the show, Bennie said he's from Ocean County and that he helps run a family business, which may be in landscaping, according to his LinkedIn. However, most of his Instagram posts are tagged in either New York City or Los Angeles.

He has a great sense of style.

His Instagram grid is full of super sleek outfits, and we're sure to see more in the villa. If Cely lets him stick around, that is.