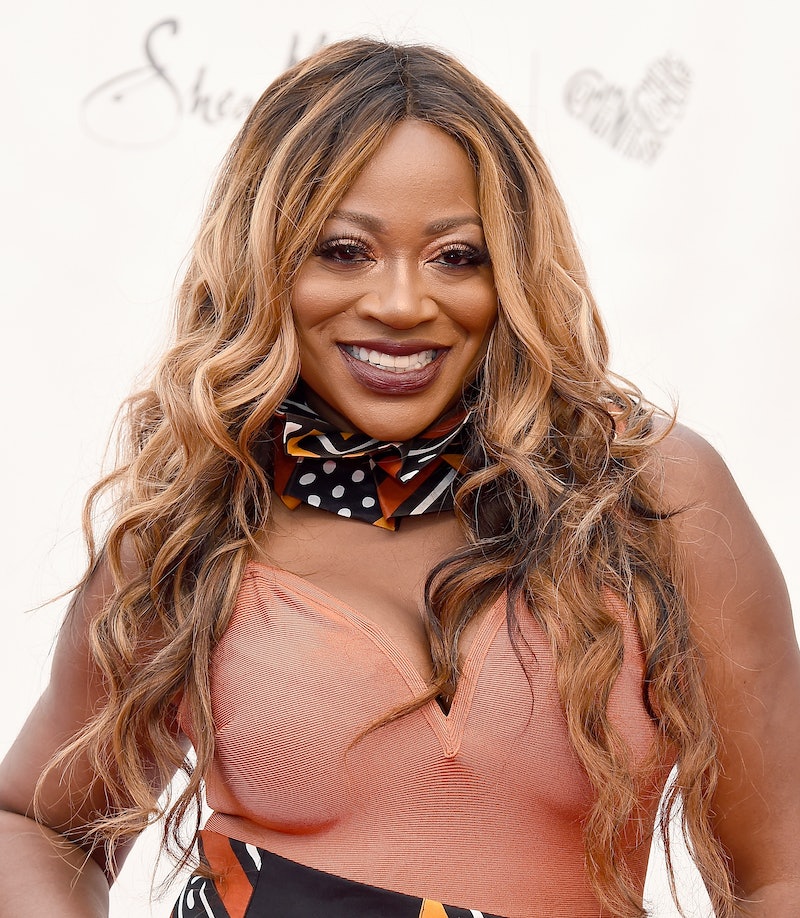 Bershan Shaw may have only been introduced as a friend of Ramona’s on Real Housewives of New York City, but she’s fast become a central part of the drama. During the recent cast trip to Salem, Massachusetts, she called Sonja Morgan a “clown” and Leah McSweeney, Luann de Lesseps, and Eboni K. Williams “boring grandmas.”

According to Bershan, the blowup — which ends with Sonja punching through a fire extinguisher glass covering — is all part of her personality. Still, she admits she “went too far” in this particular instance. I'm just real,” she recently told Entertainment Tonight. “When I say something, it’s not meant to be negative. I mean, that went really sort of left, but it’s meant to be who I am. And I think, love me or hate me, I’m going to be as real as they come.” (For the record, she added that she loves Sonja “to death,” and that alcohol played a major role in their early interactions.)

Here’s everything else to know about the RHONY newbie.

Describing herself as a “multipreneur,” Bershan works as a motivational speaker and life coach who has shared stages with Tony Robbins and Pitbull. “The way I coach, I do coach hardcore,” Bershan, who holds journalism degrees from Syracuse University and New York University, told ET. “I'm in-your-face motivation, I push buttons. This is what I do, and this is how I get results.”

Bershan also authored a memoir, The Unstoppable Warrior Woman, released in 2020, and recently launched a mental health-focused coaching app called URAWARRIOR (pronounced "You Are a Warrior"). “This app is no bullying, no trolling, no negativity, positive social media,” Bershan explained to Us Weekly. “You can go on, you can talk to a coach. You can hear celebs talk about their stories. It’s all about sharing your story and sharing the realness.”

In addition to hosting the Buckle Up with Bershan podcast, Bershan owns an interior design business and has a T-shirt line in the works. She previously starred on the OWN reality series Love In the City in 2014.

The self-described “two-time breast cancer thriver” was first diagnosed with cancer in her early 30s, and the disease returned a few years later, progressing to Stage 4. In 2009, just two weeks before her wedding, doctors gave Bershan three to six months to live. “I told myself if God keeps me alive then I am meant to be here,” Bershan told the Los Angeles Sentinel. “I remember when the doctor told me, I thought that I had terrible back pain. I didn’t know that I had stage four cancer. I went into the hallway and I had a conversation with God. I told God, if you keep me alive then I will motivate and transform the world. I don’t believe in putting your whole life in the hands of doctors. You have one life to live and you must live it ... Cancer woke me up.”

On a recent RHONY episode, Bershan mentioned that she’s involved in “a lot of lawsuits,” including a fight over embryos she froze with her now-ex-husband. “I had some crazy stuff happen to me,” she told ET. “And with lawsuits, I definitely, I want to have a baby. I want to do a surrogate. I'm looking into that right now. And so, I had some embryos lawsuits that, crossing my fingers, if I don't get them, then it's the surrogate route, and I'm on my way to surrogacy. But I'm fighting for them. I'm a fighter and I don't give up.”

According to court documents, Bershan was in the midst of a contentious divorce from David W. Bradley in 2017. “The reason I married him [is] because he stuck by me. Finding out that your wife has stage-four breast cancer two weeks before the marriage could change your life,” Bershan said while promoting Love In the City in 2014, per Us Weekly. “You can say, I can’t deal with it — the sickness, the chemo, the wearing scarves, the throwing up, the drugs, the debilitating — my husband stuck by me. He told me, ‘I’m going to be there. You’re my wife, I’m going to be there.’ Then I knew, this is the man of my dreams.”

In an April 2021 interview with Sharrell's World, Bershan confirmed she’s single, though she didn’t say whether or not she’s dating anyone right now.

With more than 174,000 followers and 3,300 posts to date, Bershan’s Instagram is full of inspirational and motivational wisdom related to her career. Since joining the RHONY cast, she’s posted several times about her costars, giving Ramona — who was her connection to the other women on the show — a shoutout for always being good to her. “She always made me feel welcomed during shooting and sent positive texts to me,” Bershan wrote, going on to compliment Leah, Sonja, Luann, and Eboni. “Truly these are a group of great women who will make you laugh, cry and take you on a roller coaster ride.”

Bershan also appears to be close with her father, who makes frequent appearances on her feed. In a lengthy Father’s Day post this year, she called him her hero, explaining that he was a military vet who’d survived both prostate cancer and lung cancer in addition to becoming one of the first Black millionaires in Washington, D.C. “He always pushed me to be my best,” she wrote, in part. “He never missed my cheerleading or track meets. He pushed me to travel to see the world. He told me I could be the president of the United States and go for it. He told me I could be anything.”