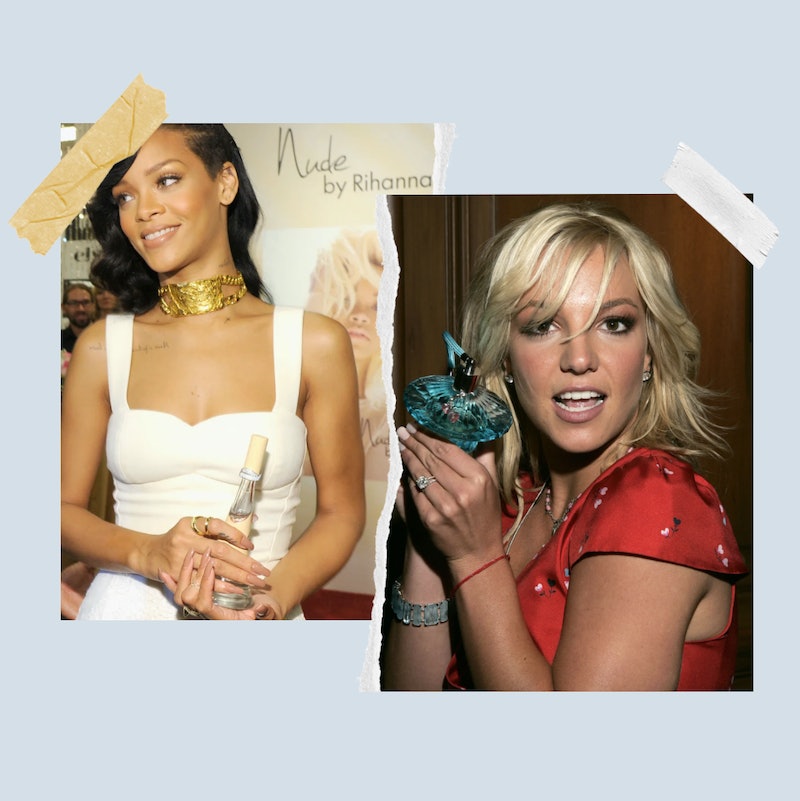 Need a new scent? Want to try something a little different? Wondering what are the best celebrity perfumes, both old and new? Perhaps it’s time for a complete makeover to change how you look and how you smell. These days, some of the biggest, bestselling and highest-rated perfumes in the world are branded and released by celebrities in partnership with the largest and most-established firms in the cosmetics field, and there are literally hundreds of options.

In fact, it’s nearly impossible to find a perfume that doesn’t have the name of a singer, actress or fashion house on it when browsing the fragrance section of any department store. But which ones are any good? This list is subjective, of course, as everyone enjoys different notes and every person’s palate is unique, but the 10 celebrity fragrances mentioned below come highly rated and they’ve all sold brilliantly, with perhaps millions of fans supporting them.

The bubble of celebrities launching perfumes returned in the early aughts when Britney Spears partnered with Elizabeth Arden to debut Curious, which instantly became a bestseller. The scent revolutionized the industry, and it’s one of several dozen fragrances the pop star has released. Spears has now released many more perfumes than albums, and she reportedly has several more coming to stores in 2021. As of a few years ago, Curious had reportedly sold 500 million bottles, so clearly she and the team that made the scent got something right.

It’s not shocking that Lady Gaga eventually released a perfume, as many fashion houses do and she is essentially a living, breathing designer label. The pop star took her time in creating Fame, named after the album that made her a global icon, and it didn’t disappoint. What drove so many people to pick up a bottle of Fame was the fact that the liquid was ink black, but dried completely clear. It seemed like magic, and nobody had attempted such a colorful gimmick before. According to the singer, the release sold more than 30 million bottles in its first year, bringing in more than $1.5 billion in 2013.

Known more as a crooner to young women than a business mogul, Shawn Mendes has released two perfumes, and they both stand out from the pack for one very special reason. Both Signature and the aptly-tiled Signature II are made for men and women, making them modern releases in a field that has forever forced customers to decide whether they want to smell “feminine” or “masculine.” Now, they don’t have to choose, and Mendes seems to be ahead of the curve on this one.

Jennifer Lopez has found success as a dancer, a singer and an actress, but these days it’s too easy to overlook her incredible accomplishments in the fashion and perfume industries as well. After making it big and becoming a Hollywood A-lister, the superstar proved she was a savvy businesswoman by launching her lifestyle brand J.Lo by Jennifer Lopez. In addition to clothing, she released her first perfume, Glow, which started a run of more than a dozen scents. Back in 2002, this was a big rsk for a celebrity like her, and it paid off beautifully, as her company has now racked in hundreds of millions in sales, and many women still swear by the brand.

Sex and the City made Sarah Jessica Parker not only a household name, but also a fashion icon, so it wasn’t shocking when she eventually became a perfume maker and designer for everything from clothing to shoes to bridal wear. Lovely was the Emmy winner’s first scent, and it was reportedly based around one she had created for her own private use. It was so successful, it remains at the top of many best-of lists of celebrity perfumes, and a New York Times writer even penned a book about it.

Anytime Beyoncé releases anything, it’s sure to grab headlines, but her first perfume Heat was something special. The aromatic product was controversial, as TV advertisements she created to promote it were deemed too hot for TV in the U.K., while the song she shared alongside the launch, “Fever,” remains a favorite among a few fans. According to People, the singer’s line of half a dozen perfumes, which started with Heat, was named the bestselling in the world a little less than a decade ago.

When she’s not releasing mega hits (which she used to do, remember?), Rihanna has a number of incredibly successful businesses. Before the days of Fenty Beauty, which has completely changed the cosmetics field forever, RiRi was a perfumer, and a rich one too. Looking at a number of lists of the best and most-highly-rated scents shared by celebrities, Rihanna’s Nude is a clear favorite, and it is one of several from the Grammy winner who has now seen her line bring in millions in sales.

At the height of her famous-for-famous’-sake fame in 2004, Paris Hilton worked with Parlux Fragrances for her own product, and though it was initially only intended to be a small project, demand for Heiress from fans and those who adored her all around the world forced the company to expand its availability, and it turned out to be the best business decision for both parties. Hilton’s line of fragrances, which now includes 28 different names, usually veer more into sweet territory, and while they’re not for everyone, hundreds of millions of bottles sold suggest that to this day, the brand is strong and there is a massive audience for her items.

Of the eight perfumes pop superstar Katy Perry has released thus far, Killer Queen may be the best, as it’s the most dramatic, and perhaps the most grown up of the bunch. Her first launches, Purr and Meow, played up the cat theme she’s perpetuated throughout the early years of her career, and while they were fun, they’re pretty juvenile in both scent and packaging. Now, she’s grown up, and so have the fragrances she’s promoting.

Any discussion about celebrity perfumes must include Elizabeth Taylor’s White Diamonds. The three-time Oscar winning actress was the first household name to get into the perfume game, and she changed the industry forever with her first two releases with Elizabeth Arden, Inc. White Diamonds was the scent for a generation of women, and according to at least one biography of the movie icon, she made more money from perfume sales than from all of her acting roles combined. As of 2016, White Diamonds had earned at least $1 billion in sales, according to The Hollywood Reporter. Yes, that’s billion with a B. There’s no way it could perform like that in the marketplace if it wasn’t a classic, time-tested scent.