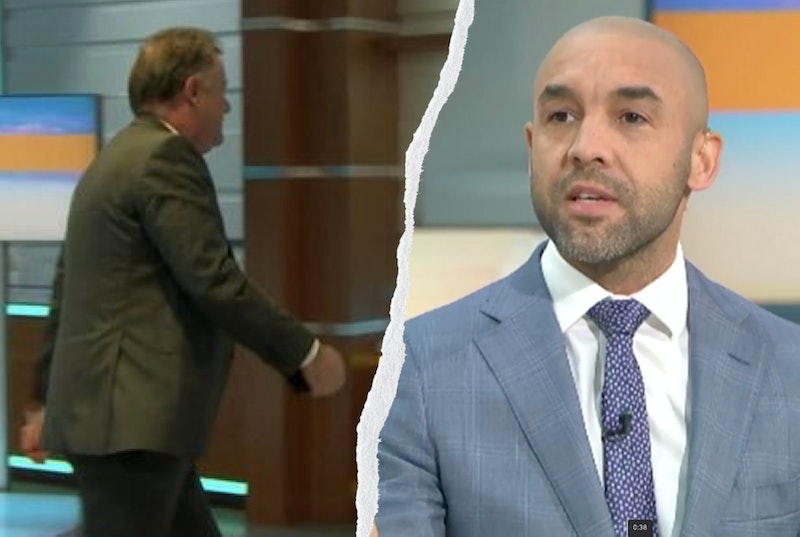 Piers Morgan stormed off the set of Good Morning Britain after being called out by co-star Alex Beresford. Naturally, the on-air confrontation set social media ablaze with some hilarious commentary of what went down between the GMB co-stars, and here are some of the best memes and reactions to Piers Morgan’s Good Morning Britain walk-off.

The heated exchange occurred when Beresford addressed comments made by Morgan the previous day (March 8) in relation to Prince Harry and Meghan Markle’s bombshell Oprah Winfrey interview, in which Morgan stated he didn’t “believe a word” the Duchess of Sussex had said.

Speaking on Tuesday morning (March 9), Beresford said Morgan’s segments of the previous day’s show had been “hard to watch” and later saying his co-star’s behaviour was “absolutely diabolical.”

“[Harry and Meghan] have had an overwhelming amount of negative press. I watched the programme yesterday, and yes, they had some great press around the wedding… but everything that has followed since has been incredibly damaging to Meghan’s mental health and to Harry,” Beresford said, adding: “I understand that you had a personal relationship with Meghan Markle and she cut you off. Has she said anything about you after she cut you off? I don’t think she has, but yet you continue to trash her.”

Beresford’s viewpoint prompted Morgan to stand up and leave the Good Morning Britain set, uttering “OK, I’m done with this.” The pair went on to resolve their issues later in the programme. Beresford later tweeted:

I wish I had the privilege to sit on the fence. In order for me to do that I would have to strip myself of my identity and that’s not something I can do. It’s not any of our places to pick apart claims of racism in order to make us to feel more comfortable.

Later on after the storm-out, ITV announced that Morgan would be leaving Good Morning Britain altogether. “Following discussions with ITV, Piers Morgan has decided now is the time to leave Good Morning Britain. ITV has accepted this decision and has nothing further to add,” the channel said in a statement.

Predictably, social media had a lot to say about the confrontation and ensuing resignation. Below are some of the highlights.