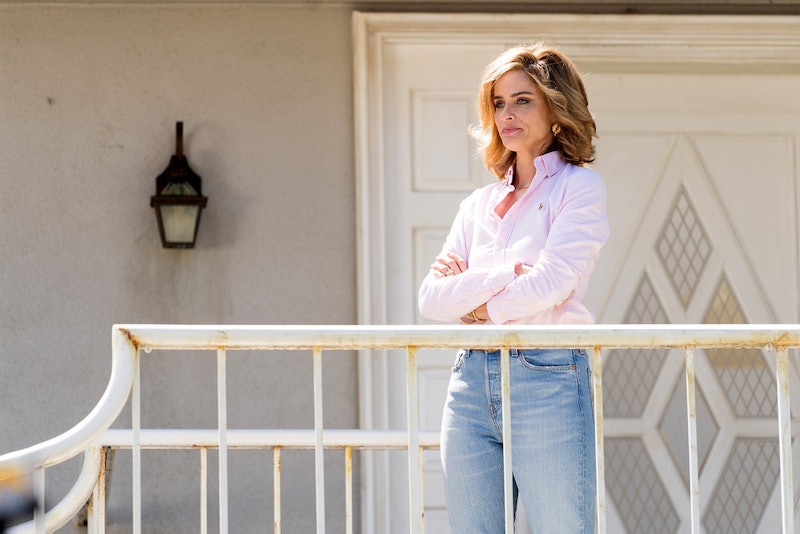 Dirty John is back for Season 2 with a new story. While the first installment focused on con artist John Meehan, this season follows the life and life-defining crime of Betty Broderick, who is still in prison in 2020 after murdering her ex-husband Daniel Broderick and his second wife in Hillcrest, California, on Nov. 5, 1989.

Together, the Brodericks had four children and seemed to be the perfect couple on paper. She was a socialite in their San Diego neighborhood of La Jolla, and he a successful malpractice lawyer. "They both were almost central casting for early yuppie," Burl Stiff, society columnist for the The San Diego Union-Tribune, told the paper in 1990. "He always looked straight from Polo. She always had very pretty clothes — Oscar de la Renta and the like."

The L.A. Times describes how Mr. Broderick began seeing his office assistant, Linda Kolkena, and eventually filed for divorce from Betty in 1985, kicking off five years of bitter legal battles between the couple. The article details how Mrs. Broderick drove her car into his front door, spray-painted their house's interior, and threatened to kill him. Her husband then retaliated by placing her in a mental institution for a short period. Mrs. Broderick compared their legal battle to "putting a housewife in the ring with Muhammad Ali," per the same L.A. Times article.

On February 8, 1992, Broderick was sentenced to 32 years to life in prison. During the trial, she reportedly showed no remorse but admitted to the murders, saying she didn't mean to shoot them (the couple was in bed at home at the time of murder) — she only meant to confront the couple and then shoot herself. Mrs. Broderick considered herself a victim. "I bought into a 1950s Leave It to Beaver marriage . . . and he stole my whole life," she told the L.A. Times in 1990. "This was a desperate act of self-defense."

Since then, Betty Broderick has been denied parole twice — in 2010 and in 2017, according to The San Diego Union-Tribune — and won't receive another chance for 15 more years, in 2032. She currently resides at California Institution for Women in Chino.

More like this
This First Look At 'The Gold' Shows Jack Lowden In A Whole New Light
By El Hunt and Sam Ramsden
Shonda Rhimes Responded To The Surprise Exit Of A Day 1 'Grey's Anatomy' Figure
By Grace Wehniainen
The 'Gossip Girl' Reboot Creator Is “Looking For A New Home” To Air A Potential Season 3
By Brad Witter
A New Netflix Doc Will Explore The Unsolved Murder Of Jill Dando
By Sam Ramsden
Get Even More From Bustle — Sign Up For The Newsletter
From hair trends to relationship advice, our daily newsletter has everything you need to sound like a person who’s on TikTok, even if you aren’t.