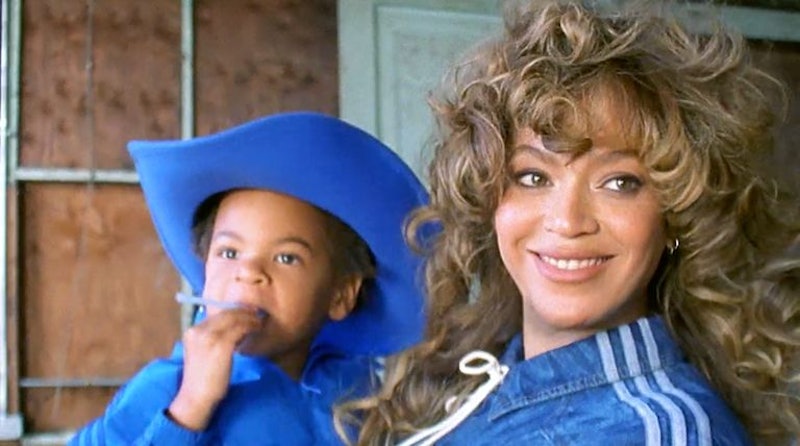 In the latest Adidas x Ivy Park campaign video Beyoncé announced that she’ll be expanding into children’s clothing. And who better to model her latest creations than her three children? In a rare appearance, 9-year-old Blue Ivy and 4-year-old twins Rumi and Sir model the new collection, donning various pieces from the rodeo-themed Adidas collaboration.

Posting the 36-second ad campaign on Instagram, Ivy Park wrote, “The rodeo isn’t just for the grown-ups. Introducing IVY PARK Kids.” In one shot, Rumi and Sir stand in formation alongside Queen Bey, wearing matching dark blue outfits as fireworks go off in the background.

In another shot, Blue Ivy walks towards the camera alongside Beyoncé, both wearing matching lilac jumper and leggings. They aren’t the only kids to appear in the campaign video, all sporting the latest Ivy Park pieces which were inspired by Beyoncé’s Houston roots.

To say fans were excited by the campaign video is an understatement. Many couldn’t get over how tall Blue was. Others were notably thrilled to get a rare glimpse at the youngsters. “Blue, Rumi, and Sir, is that you?” wrote another fan. Elsewhere, many noted the family resemblance: “Sir looking like his momma,” said one stan, while someone else commented, “Rumi looks exactly like Blue.”

It’d seem that inviting her three children to be part of her collection made total sense. Speaking about their involvement to Harper’s Bazaar, she said: “My kids are usually on set with me for shoots, and we’d find ourselves putting them in extra-extra-smalls so we could match. So, it is a natural progression for Ivy Park to introduce a selection of key silhouettes in children’s sizing.”

Ivy Park Rodeo will be available on Aug. 19.