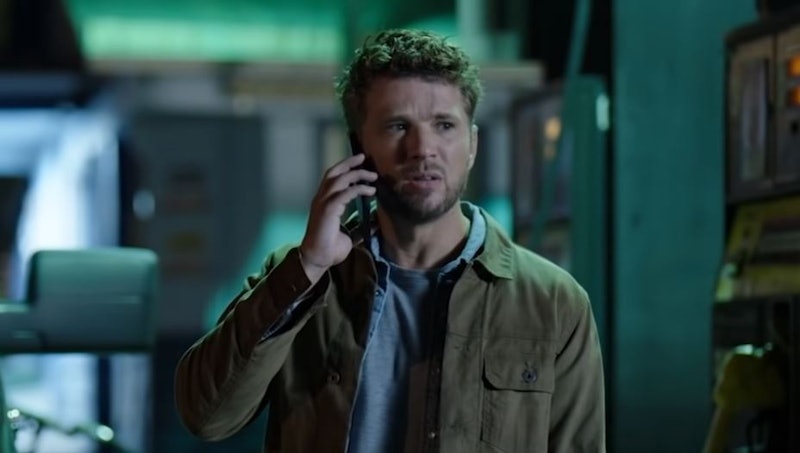 ABC's newest procedural crime drama, Big Sky, premieres Nov. 17, and with it, they introduce a mystery filled with as many twists and turns as the deadly highway at the center of the story. The show is based on C.J. Box's 2013 novel, The Highway, and while there's no word just yet on how closely the show will follow the book's plot, it's safe to say that if they do stick to the source material, the ending for Big Sky will shock viewers. Possible spoilers for Big Sky and definite spoilers for The Highway follow.

In short, Big Sky follows private detectives Cassie Dewell (Kylie Bunbury) and Cody Hoyt (Ryan Phillippe) as they delve into the mysterious disappearance of two teenage girls, Danielle (Natalie Alyn Lind) and Grace (Jade Pettyjohn), who vanish along a stretch of highway in Montana. As Cassie and Cody investigate, they find out this specific area has played host to multiple disappearances, with plenty of young women going missing as they passed through the state.

The setup for The Highway is the same, down to the names of the main characters, more or less. One of the biggest plot points involves a major perspective shift and twist that fans of the book have repeatedly brought up to Box since it was published.

Toward the last third of the novel, Cody suddenly goes missing. Like the girls he's seeking, he seems to vanish without a trace as he dives further and further into the heart of the mystery. From then on, the novel is mostly told from Cassie's point of view save for a few breakout chapters. It eventually comes to light that the Montana state trooper they had been working with, Rick Legerski, was involved in the kidnappings. After a tense firefight between Cassie and Rick, Cassie emerges, having shot Rick as she finds out where Danielle and Grace are hidden.

As the novel wraps up, it's revealed that Rick's partner, who worked with him to perpetrate the disappearances, murdered Cody during the investigation. The police find Cody's body as they dig up his pickup truck along with the numerous cars that had been buried by the kidnappers to hide the evidence. From then on, The Highway — and its sequels — focus on Cassie as she goes on to search for the person who pulled the trigger on her partner.

In a chat with Crime Reads, Box shared a bit about the twist in The Highway when it was first published, saying, "I thought, 'No one will be prepared for what happens next.' Over the years, I’ve heard many, many comments from readers about that twist. Most say they read that seminal page three or four times to make sure it actually happened. Some readers simply got angry with me and they’re still angry with me. Oh well."

He also touched on the input he's had on the television show, where he serves as an executive producer. He said, "I’m very aware of the differences between writing a novel where I can control everything and turning that novel over to a large team of producers, writers, actors, crew, network executives, and so on. Changes are going to be made."

More like this
There's At Least 1 Major Difference Between The 'Vampire Academy' Book & TV Series
By Grace Wehniainen
Nicola Coughlan Shared A Lady Whistledown Excerpt From ‘Bridgerton’ Season 3
By Grace Wehniainen, Alyssa Lapid and Sam Ramsden
Viserys’ Fate On 'House Of The Dragon' Could Differ From The Book In This Surprising Way
By Grace Wehniainen
The BBC Is Adapting A Best-Selling Novel About A Mistaken Killer
By Darshita Goyal
Get Even More From Bustle — Sign Up For The Newsletter