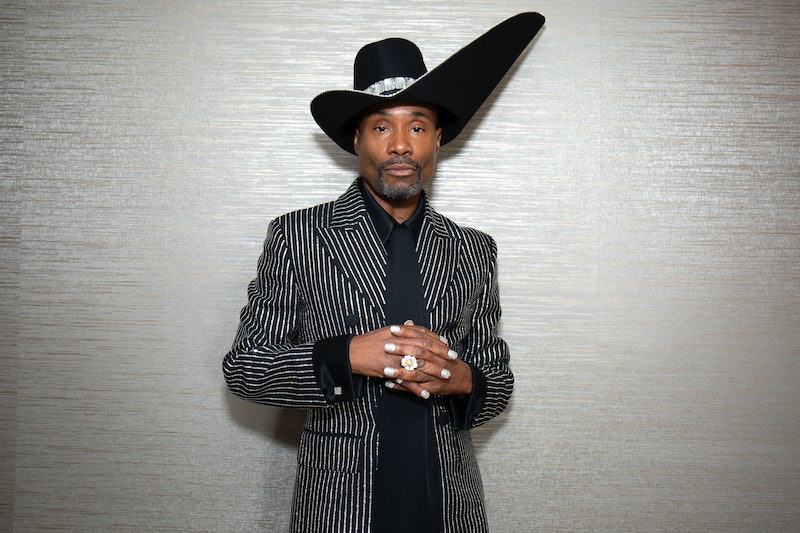 Billy Porter isn’t living with secrets or shame anymore. The Emmy-winning actor revealed that he’s HIV-positive on May 19. In a moving essay for The Hollywood Reporter, the Pose star explained that he’s been living with the disease for nearly 15 years and shared his mother’s heartwarming reaction to the news, which inspired him to go public with his diagnosis.

The 51-year-old actor said that he tested HIV-positive in 2007, when he discovered a pimple on his body and went in for a routine test. He kept focusing on his career and only told people who needed to know — except his mom, who he feared telling due to his religious upbringing. “My mother had been through so much already, so much persecution by her religious community because of my queerness, that I just didn’t want her to have to live through their ‘I told you so’s.’ I didn’t want to put her through that,” he wrote. “So I’d made a pact with myself that I would let her die before I told her. That’s what I was waiting for, if I’m being honest.”

However, five years after moving her into a nursing home, Porter realized that “she ain’t going anywhere.” On the last day of shooting the final season of Pose, he was inspired to call his mom and told her the news when she suspected he had something on his mind. “She said, ‘You’ve been carrying this around for 14 years? Don’t ever do this again. I’m your mother, I love you no matter what. And I know I didn’t understand how to do that early on, but it’s been decades now,’” he recalled. I’m not crying, you are.

Porter said that he navigated the shame he experienced from his childhood and HIV status through his work, which came to a head while playing HIV-positive character Pray Tell on Pose. “There has never been a moment that I’ve not been in trauma, which is what I’ve discovered this last year,” he said. “The brilliance of Pray Tell and this opportunity was that I was able to say everything that I wanted to say through a surrogate.

Later that day, Porter revealed his diagnosis to the cast and crew of Pose before they wrapped forever, saying the series and his on-set family ultimately enabled him to let go of his shame. “I just thought, ‘We’ve gone through this whole thing together and these people deserve to know,’ just like my mama deserved to know,” he said.

Now, as he’s preparing to write his memoir, direct his first film, release new music, and star in the upcoming Cinderella re-make as the Fairy Godmother, he plans to let his career flourish without hiding anything. “I hope this frees me so that I can experience real, unadulterated joy,” he said. “I’m doing this for me. I have too much sh*t to do, and I don’t have any fear about it anymore. I told my mother — that was the hurdle for me. I don’t care what anyone has to say. You’re either with me or simply move out of the way.”

More like this
Kourtney Kardashian Says She “Loves” The Changes To Her Body Caused By IVF
By Jake Viswanath
Rachel Zegler Reveals She Had Breast Cancer Scare
By Radhika Menon
Bimini, Tia Kofi & More React To Cherry Valentine’s Death
By Catharina Cheung
9 Movies & TV Shows That Prove Stanley Tucci Elevates Everything He’s In
By Jake Viswanath and Radhika Menon
Get Even More From Bustle — Sign Up For The Newsletter