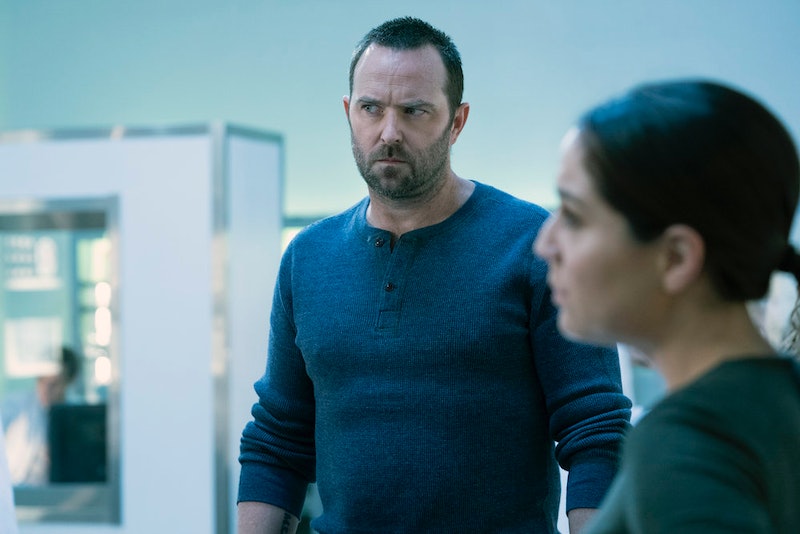 After five seasons spent piecing together the identity of Jane Doe (Jaimie Alexander), Blindspot won't return for Season 6. NBC renewed the drama for a fifth and final season in May 2019, cutting its usual 22-episode run down to 11. But the series' stars are just grateful they got to close out the story.

"We didn’t know whether it was gonna get renewed again," Sullivan Stapleton, who plays Kurt Weller, told Collider in June. "It was that funny thing where you do the season, and then you’re sitting around for a few months, just waiting to know whether you get to go back to work or not." When the final season renewal did come, Sullivan felt relieved — even in knowing it meant his time playing Kurt had come to a close.

"It was great to hear that we’d get to actually finish the way that we should," Stapleton continued. "We were pre-warned that it was the last season, and that gave the writers a good chance to wrap things up on the note that they wanted to, and not because the show had been canceled. I was really quite grateful. It was a nice way to end."

Series creator Martin Gero echoed that sentiment in an Instagram post shared shortly after the final season was announced, revealing that a five-season run was what he'd wanted for the show from the beginning. “'We’re in this together. All of us,'" he captioned a video montage of the series. "In 2014 I sketched out a five season plan for the show. I am beyond grateful that we will be able to properly finish telling this giant, sprawling story."

He also referred to the series finale as "deeply satisfying" while speaking to Entertainment Weekly earlier this week. So while it may be difficult for fans to say goodbye to the show, they can take comfort in knowing that it's a proper send-off.

More like this
Does 'Locke & Key’s Ending Mean There Could Be A Season 4?
By Sophia Moore
'Yellowjackets' Just Announced Who’s Playing Adult Van & It’s Perfect
By Gretchen Smail
‘The White Lotus’ Is Coming Back For Season 2 This Fall
By Bustle Editors
'The Capture' Is Finally Back – & S2 Looks Tense AF
By Sophie McEvoy and El Hunt
Get Even More From Bustle — Sign Up For The Newsletter