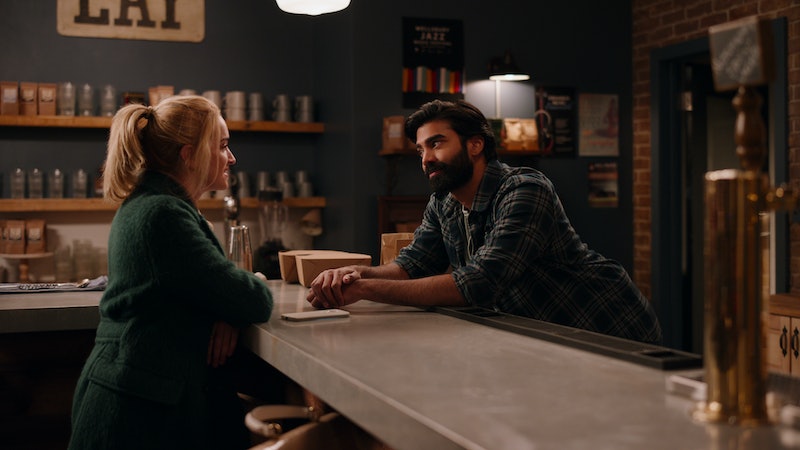 Whereas Gilmore Girls had Luke's diner, Netflix's Ginny & Georgia has Blue Farm Café, a farm-to-table restaurant slash coffee shop slash late night bar run by Joe (Raymond Ablack). Because it's basically every dining establishment rolled into one, it's become the de facto eating and meeting spot for many Wellsbury, Massachusetts citizens. But unfortunately, you can't try out the menu yourself: the Blue Farm Café is as fictional as Wellsbury.

Joe's country chic establishment is meant to represent the kinds of places you would find in a quaint suburban town like the one Ginny & Georgia is set in. So it's no wonder that there are actually several similarly named restaurants across America, including Blue Door Farm Stand in Illinois, Blue Barn Gourmet in California, and New York City's Blue Hill Farm and Blue Hill Café and Grain Bar.

According to the Northumberland News, the Blue Farm Café from Ginny & Georgia was actually filmed using The El gastro pub in Cobourg, Ontario. In fact, much of the show's production took place in Canada.

If you're ever in Cobourg, you can check out The El for that Blue Farm Café ambiance. But for the food, just hit up the closest local farm-to-table spot near you.

More like this
'Firefly Lane' Season 2 Will Be The Show's Last — But There's A Twist
By K.W. Colyard and Grace Wehniainen
The 'Heartstopper' Cast Were Spotted Filming In A Major City
By Nola Ojomu and Sam Ramsden
Twitter Is Pouring Out Some Zhampagne As ‘Schitt’s Creek’ Leaves Netflix
By Brad Witter
Jeffrey Dahmer’s Arresting Officer John Balcerzak Got His Job Back After Being Fired
By Grace Wehniainen
Get Even More From Bustle — Sign Up For The Newsletter