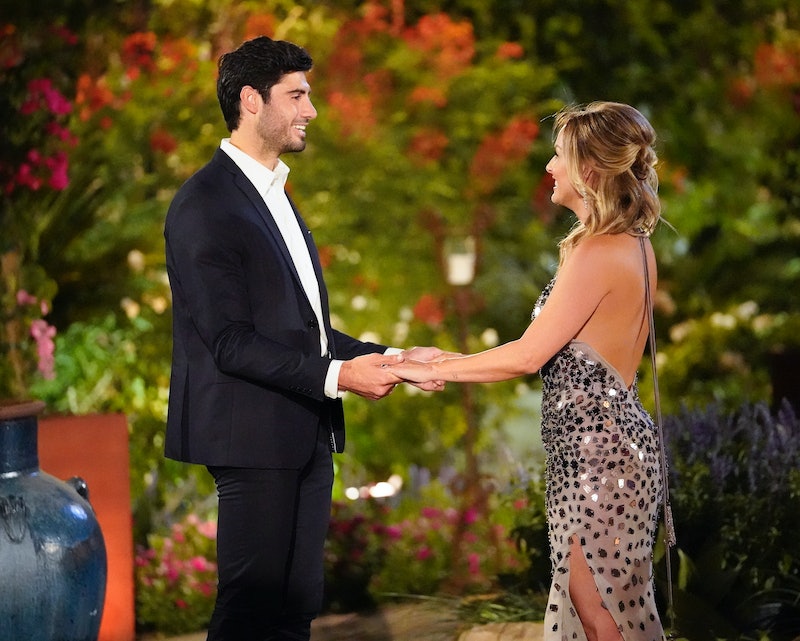 Don't let yourself be fooled by Brandon Goss' Bachelorette bio: he may be a "nice Midwestern boy" with the "abs of an A-list movie star," but he also may be a little too good to be true. Among the red flags? He *needs* his significant other to be happy at all times because "life is too short not to" be, so please hide your emotions accordingly. He also has a phobia of dancing (??), and, most egregiously, is "the first to admit that he wore way too much Ed Hardy back in the day." Let's hope he left his rhinestone T-shirts at home.

Here's what else you need to know about the 28-year-old.

All joking aside, Brandon is looking to get serious in life. After a few years in New York City, he wants to move back to his hometown of Cleveland, Ohio and settle down. He's looking for someone spontaneous, and apparently loves older women; he most recently dated a 38-year-old.

According to Brandon's LinkedIn page, he's a real estate agent in New York City. He's also a model who's interested in acting, which is definitely not the reason he signed up for The Bachelorette, right?

In fact, it seems like Brandon likes to do just about everything shirtless: eating breakfast in bed, walking on the beach in jeans, and taking photos in the Zara changing room.

Since filming for The Bachelorette ended, Brandon has returned to modeling. He's posted a variety of photos of him looking suave on Instagram — including, yes, another shirtless shot!