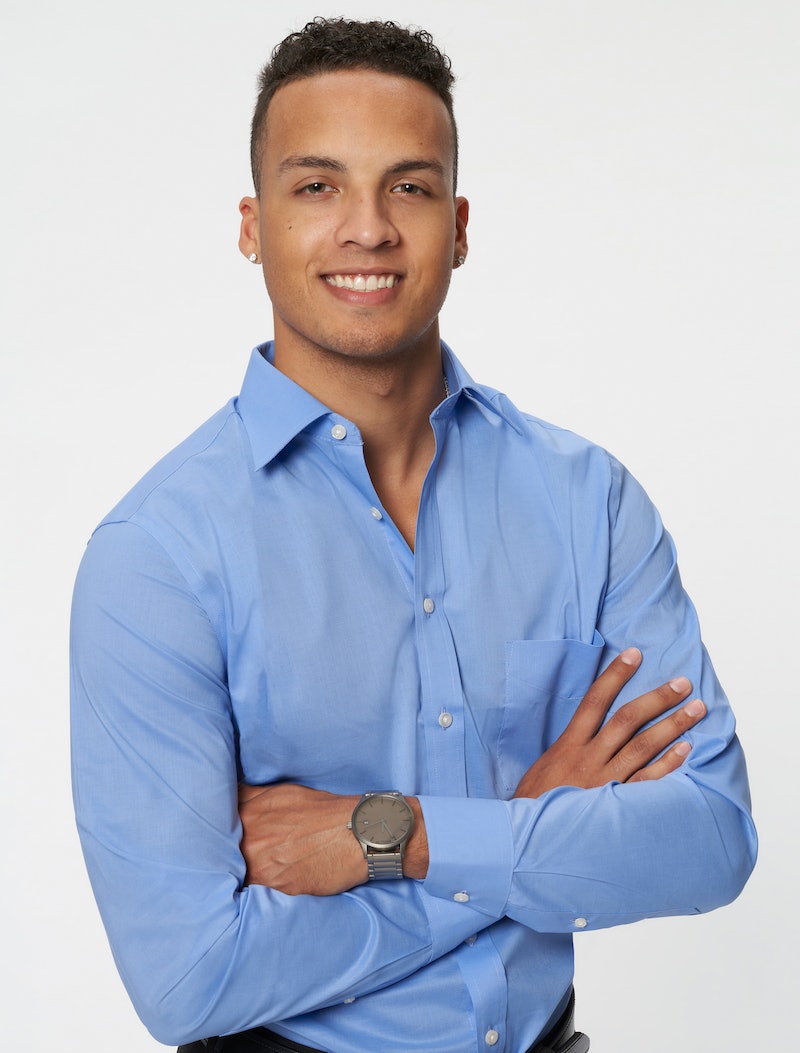 Confidence can help you go far on The Bachelorette, and that’s one thing Brandon Jones seems to have plenty of. According to his ABC bio, he once confidently hopped on stage during a Drake and Lil Wayne concert. It’s unclear how that panned out for him, but the 26-year-old is heading into Michelle Young’s season of The Bachelorette with just as much conviction. His bio says he “knows exactly what he wants in life” and is “very serious” about finding someone to settle down with. Here’s everything else to know about Brandon ahead of his Bachelorette debut.

Brandon is from the Pacific Northwest

Specifically, Brandon is from Portland, and attended the University of Western Oregon in Monmouth. He seems to know his way around the state, having spent time playing intramural basketball at the University of Oregon in Eugene as well as some intramural football at the Nike World Headquarters in Beaverton. He’s also made some treks out to Oregon’s coast in Pacific City with his dog, as well as a journey or two up to the Timberline Lodge in Mount Hood, where parts of The Shining were filmed. Which is all to say that should Brandon make it to hometowns, he’ll have no shortage of locations to take Michelle.

Brandon Works as a Recruiter

As a traveling nurse recruiter, Brandon is a bit of a matchmaker himself, pairing healthcare workers with the right hospitals. According to his LinkedIn page, he’s currently a vendor staffing specialist at the non-profit healthcare company PeaceHealth. He previously worked for Nike as a talent acquisition coordinator and as a manager and recruiter for NikeAMI. He graduated from Western Oregon in 2017 with a degree in business administration and management.

Brandon proudly participated in the Black Lives Matter protests that dominated the summer of 2020. His Instagram includes a picture of himself holding up a BLM sign in the streets of Portland captioned, “There comes a time when silence is betrayal,” which is a quote attributed to Martin Luther King Jr. Brandon’s feed also includes a pinned story that references the celebration of Juneteenth, an American holiday recognizing the end of chattel slavery in the United States.

Brandon Has a Dog

With less than 40 posts spanning the last seven years, Brandon doesn’t post often on Instagram. But when he does, he shares pictures of himself hanging out with friends, his grandma, and his adorable dog Mac. “For the people who don’t know, Super Bowl Sunday I was given the opportunity to take home this little guy and became a Dad. Everyone meet Little Mac!.. my new baby,” Brandon wrote in a 2019 post. He also has a highlight story dedicated to the dog.

It’s no secret that Michelles loves basketball, and Brandon also has a passion for the game. There are a few shots of him playing the sport on Instagram, and his Bachelorette bio says he’s a “self-proclaimed basketball fiend” who’s looking for his teammate in life. He also wants a partner “whose passionate personality can keep up with his” and “who has goals and the focus to achieve them.” One thing he absolutely doesn’t want? Someone who’s “still figuring themselves out.”

It seems like Michelle has a clear idea of herself and what she’s looking for, but whether or not that will align with Brandon remains to be seen.