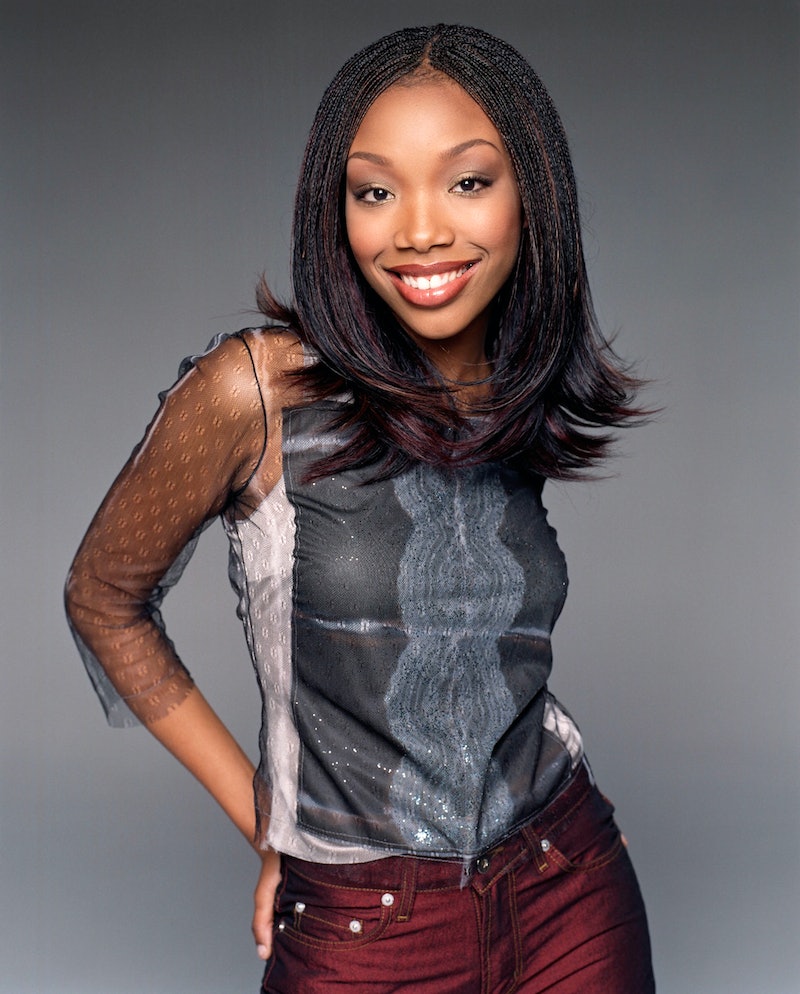 Moesha is getting a brand new life on Netflix — and now fans might be getting brand new episodes as well. In a recent interview with Entertainment Tonight, Brandy revealed she's "in talks" for a Moesha reboot, which would see the singer and actor reprise her iconic role once more. The sitcom, which ran from 1996 until 2001, launched Brandy's career and followed Moesha Mitchell, a teenager from Los Angeles, as she navigates everything from high school to family conflicts to larger societal issues in a relatable way. Over the years, it's emerged as a '90s classic thanks to Brandy's charm, and the undeniably catchy theme song.

Brandy, who just released her first album in eight years with B7, explained that the conversations about a possible revival were inspired by the fact that Moesha is newly available to stream on Netflix. "I am in talks right now with the right people for that to happen," she explained. "I don't see it not happening because of the success on Netflix. It just makes sense. I mean, I wanted to see what Moesha was up to."

Brandy echoed those sentiments in a recent interview with TheGrio, where she explained that people still "yearn" to see their beloved characters on their screens once more. "I don’t know the details yet, but I definitely feel like I’m a lot closer because of what it’s doing on Netflix and the fact that it’s going to stay there forever. I just would love to see who Moesha is today," she explained, before adding that she pictures her character as a "kick-ass journalist" in 2020.

"That’s just keeping it to what it was like when she was coming up. That was her thing," Brandy continued, referring to Moesha's frequent habit of journaling on the show. “She knew exactly that she wanted to be a writer. So I think she would be a journalist and I think she would also be an author." (Studios, are you reading this?)

Of course, Brandy doesn't just want a Moesha reboot in order to catch up with the character and her loved ones — the singer also noted to ET that the current TV landscape is lacking representation when it comes to Black families like the Mitchells. "We need to see that," the singer said, referring to the upper middle class family that the characters represented. "We need to see a Black family. I think that's crucial right now, and it was crucial then."

In the meantime, the singer and actor revealed that she has been revisiting the show the same way every other 90s kid currently is: by watching some of the most iconic episodes online. "I am so blown away by that [rewatch]," the singer said, adding that her 18-year-old daughter, Sy'Rai, has been reliving some of the show's most iconic moments with her.

"I was braiding my daughter's hair the other day, and she wanted to watch the episode where Moesha met Brandy, me." She continued, "I don't really have a lot of memory of Moesha because I was so young and it was happening so fast. So to be able to watch it with my daughter is just so special for me."