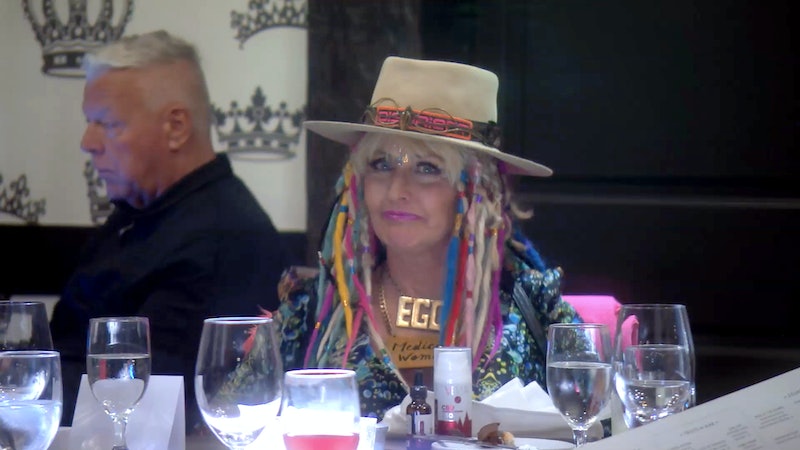 When Bravo cast Braunwyn Windham-Burke on The Real Housewives Of Orange County, the network got a two-for-one deal. Braunwyn's mom, Dr. Deb, has graced RHOC a few times already this season and has quickly become a fan favorite. Luckily, Braunwyn confirmed there will a lot of Dr. Deb this season. "My mom is fun! She is big and bright and colorful and, yeah, she's a big part of the show," Braunwyn told Entertainment Tonight in August 2019.

Even though Braunwyn is a mother herself, her role as a daughter is a major part of her storyline this season. "My relationship with my mom is more complicated than she realizes," Braunwyn told Bravo's The Daily Dish in September. "I do know though that parents and children often have very different recollections of things and that I’m only seeing things from my point of view."

Still, despite their differences, Braunwyn declared, "I love my mom so much and really respect the fact that, as a single mom, she supported us and worked hard to become a doctor." Yes, you read that right. In addition to being a "retired rock star" who used to bring her infant daughter to Whiskey A Go Go and the Roxy, Deb went to medical school and practiced as a doctor for over 25 years.

Here are five other fascinating facts about Dr. Deb's life.

She's Been Married for 37 Years

On the Sept. 10 episode of RHOC, Dr. Deb revealed that she's been married to endovascular neurosurgeon Brian Herman for 37 years. "I love younger men. I was 27. He was 19," she explained. "But when I met him, he was 19 and he played frisbee." Now they're both doctors.

In addition to Braunwyn, Deb has a daughter named Mikaela and a son named Marley.

She Lives at Burning Man

OK, not really, but she does go every year and seems to be really ingrained in the community In an Aug. 27 Instagram post, Dr. Deb compared Burning Man to RHOC, joking, "Experimenting for the next week... Burning Man, an experiment in temporary community, with a lot more camp drama than the Real Housewives! We’re doing a new series called Real housewives of Black Rock City." If only this was filmed for the show. Or better yet, a Dr. Deb spinoff series.

While many housewives have been open about getting cosmetic treatments to maintain a younger-looking appearance, Dr. Deb describes herself as a "pro-ager" in her Instagram bio. "I’m not offended by the reference or the word OLD, I embrace it," she declared on Sept. 13.

She Hangs with Housewives

Dr. Deb has become much more than just "Braunwyn's mom" to the RHOC castl she's one of them. She even hung out with Dallas Housewives Stephanie Hollman and Kary Brittingham.

This article was originally published on Sep. 24, 2019