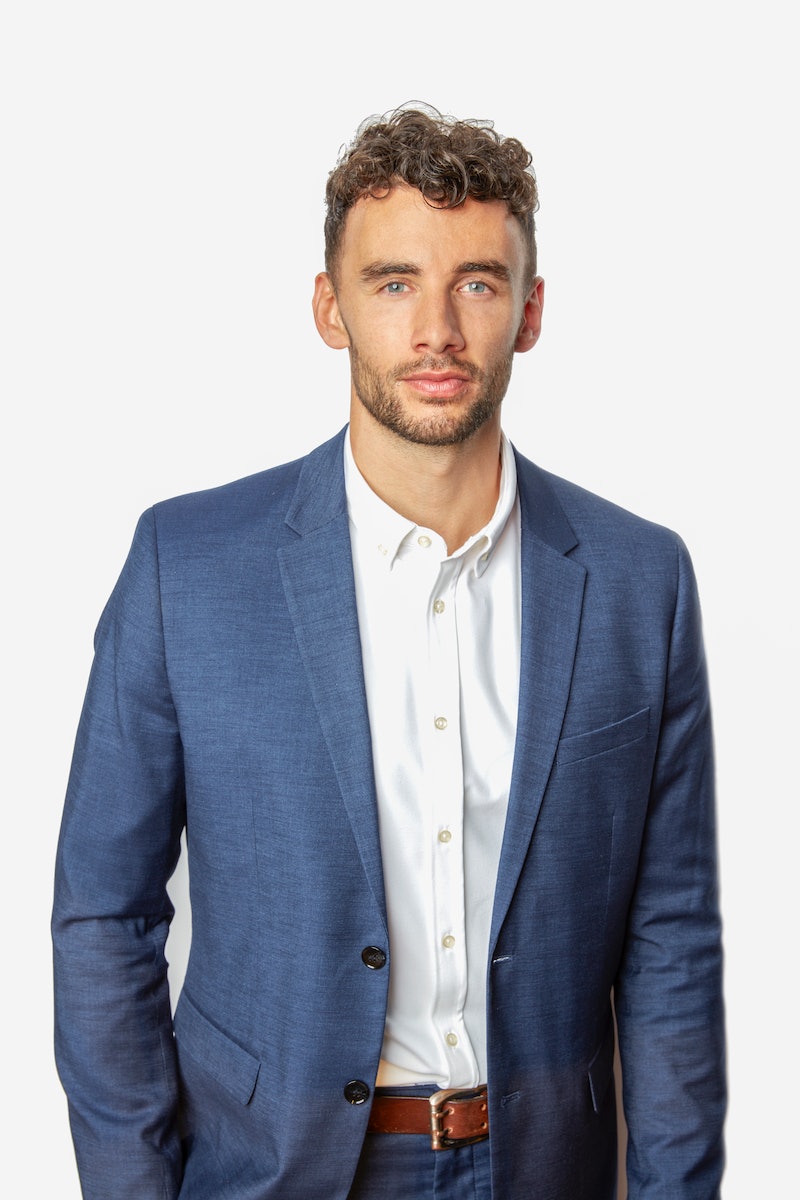 Now that Clare Crawley and Dale Moss are engaged, fans might be eager to learn more about the remaining men who will pursue Tayshia Adams' heart. Tayshia, who is replacing Clare as this season's Bachelorette, will inherit a cast of older, more experienced contestants who were collectively dumped by Clare in the last episode. Among them is Brendan Morais, a commercial roofer from Milford, Massachusetts, who describes turtlenecks as his "signature look."

Coming onto the show, Brendan knew exactly what he was looking for. According to his ABC bio, he is "all about that initial attraction when meeting a woman." The 30-year-old also describes himself as a "true romantic." But will his romantic side and his impressive sweater collection be enough to win Tayshia over? Aside from his wardrobe, here's what you need to know about Brendan.

During the show's "Meet the Men" livestream in September, Chris Harrison made the ultimate dad joke when he described Brendan as a "shingle guy." The longtime host added that the contestant is a "lovable roofer from Boston" and teased that his accent — a combination of his Portuguese heritage and Boston upbringing — is very unique. "He's very humble, quiet, softspoken," Harrison said.

Brendan is also very family-oriented. According to ABC, he moved home to Massachusetts after living in Los Angeles to be closer to his relatives and take over the family business. After losing his dad at a young age, he "knew that his purpose in life was to be a father." Dan Morais, Brendan's brother, even vouched for him in a local paper. "He's obviously extremely talented and has the body of a Greek god," Dan told Metro West Daily. "What sets him apart is his humility. He's a really humble guy."

While many Bachelorette contestants go on to become social media influencers, a lot of them do come in with day jobs. Brendan, for example, was "a commercial roofer in Milford with an accomplished past as a high school and college basketball player," according to Metro West Daily News. The paper also described him as an actor and model, as well as a basketball coach for a local high school.

Brendan might not have an up-and-running website for his roofing business, but he does have an Instagram. There, the reality star shares plenty of pictures of him spending quality time with family and shooting hoops, and yes, wearing lots of turtlenecks. His latest posts are a mixture of Bachelorette promos and photos with loved ones. Most recently, he shared a photo with his sister. "My beautiful sis, my beautiful sweetie," he wrote.

In October, Brendan shared a picture with roses, which was a not-so-subtle nod to the journey he's currently on. "I can't even give these roses away," he wrote.

If Brendan's extensive sweater collection isn't enough to capture Tayshia's heart, perhaps his humility, his work ethic, and his love for his family will do the trick. Watch The Bachelorette on Tuesday, Nov.10, to find out.

More like this
'Bachelorette' Vet Clare Crawley Revealed Her Stunning Wedding Photos
By Stephanie Topacio Long
'Bachelorette' Vet Clare Crawley Unveiled 2 Special Wedding Day Accessories
By Stephanie Topacio Long
Kaitlyn Bristowe Said Chris Harrison Ignored Her After Her 'Bachelorette' Hosting Gig
By Grace Wehniainen
Everything To Know About 'The Real Housewives Ultimate Girls Trip' Season 4
By Jake Viswanath
Get Even More From Bustle — Sign Up For The Newsletter
From hair trends to relationship advice, our daily newsletter has everything you need to sound like a person who’s on TikTok, even if you aren’t.