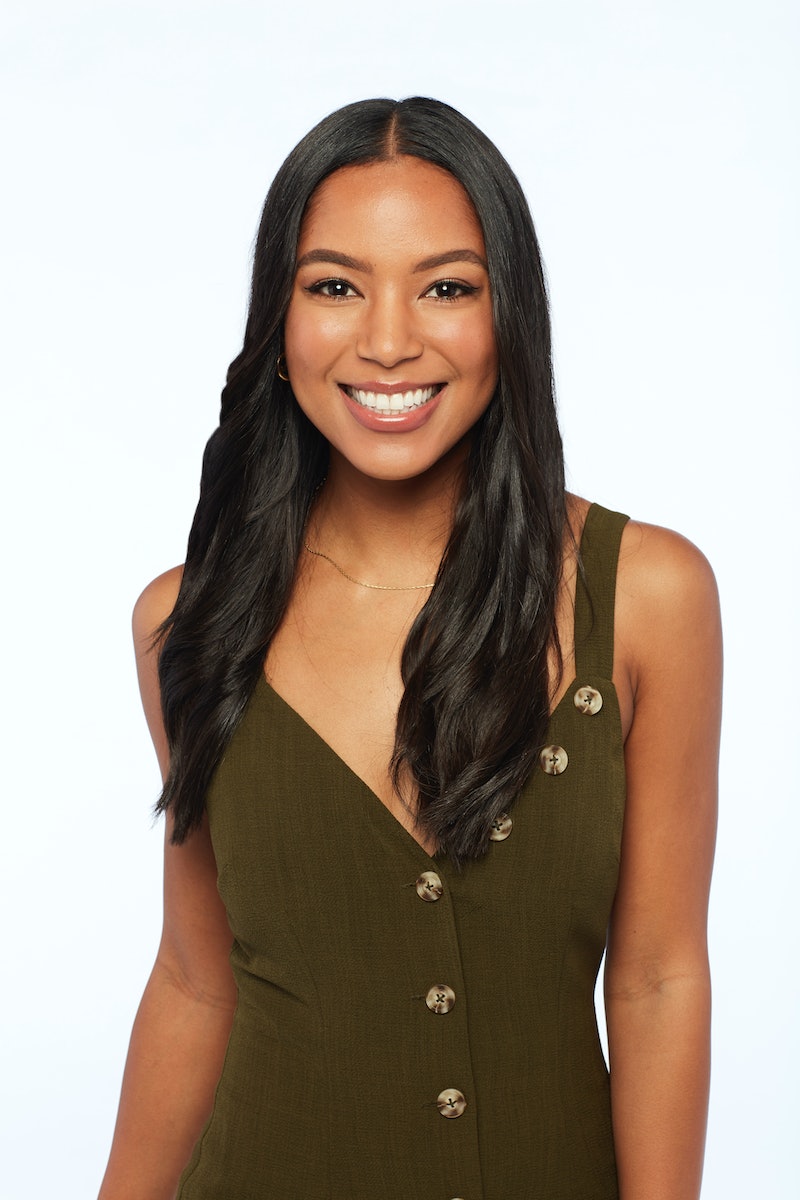 Working at a "high-profile social media company" and being a Bachelor contestant is a tricky balancing act for Bri Springs. Other than her public ABC bio, Bri's life is quite mysterious — at least for now — but here's everything we know about her so far.

In Chris Harrison's "Meet the Women" introduction video, the host said she works as a communications manager at a prominent "tech company" in San Francisco. The specifics of Bri's job have been intentionally kept on the down-low, which hints at how important her position is. "I'm not allowed to say what tech company, and I don't want to put her job in jeopardy," he explained. "But it is a big one, so much so that she almost wasn't on the show" because of it. Well, OK, then.

Bri's ABC description revealed she was raised by her mother and grandmother "who made countless sacrifices to give her a fighting shot at having a successful life," which explains her incredible work ethic and success. "She learned early on that everything in life was earned not promised," her bio adds — a quality that Matt James will likely appreciate.

Bri's Instagram similarly doesn't reveal much about her. There are only 22 posts in total, and her bio is simply two sashimi emojis, so the most we can glean is that she likes sushi and traveling — primarily to warm, beachy locations. In the last year or so, she's posted pics from Jamaica, Hawaii, Mexico, and Croatia.

Bri Is A Potential Frontrunner On The Bachelor

According to Harrison, Matt falls for Bri early on, explaining why she's a focal point in the season trailers. "He is probably the most handsome man I've ever seen," she says in one of them. Harrison added that she's "the total package," "unbelievably sincere," and "a straight shooter" who will "always tell it like it is." Her ABC bio adds that she's "ready to focus on her personal life and find the man of her dreams," and she would eventually like to have two or three kids.