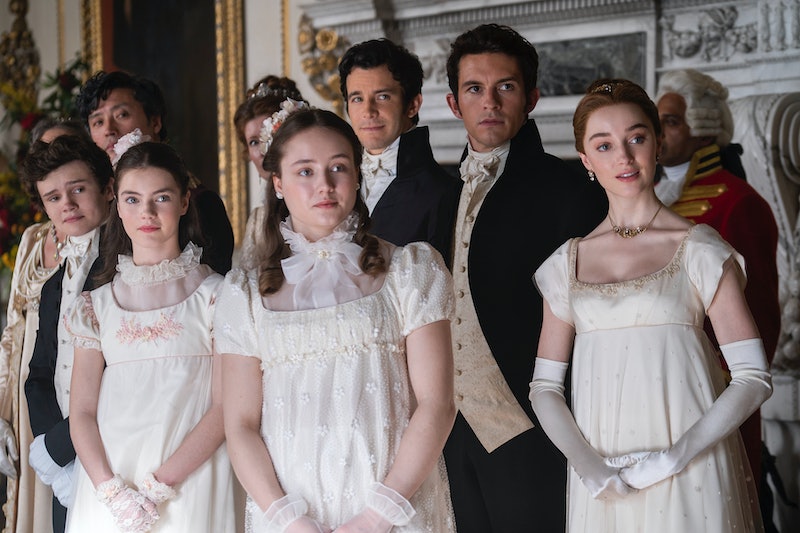 You’d be forgiven for getting a little flummoxed by the unfamiliar terms used in Bridgerton. One that pops up time and time again is “the ton.” In fact, it often seems there’s not a scene that goes by where it’s not mentioned, and no, it’s not relating to the town in which the characters reside. So, what does “ton” mean?

Bridgerton is set in the early 19th century, and takes a lot of inspiration from London’s Regency era. However, the Netflix period drama is “not a history lesson or a documentary,” so much of its content won’t be historically accurate. The series’ creator and showrunner Chris Van Dusen told Town & Country: “We knew we wanted the show to reflect the world we live in today, and even though it’s set in the 19th century, we still wanted modern audiences to relate to it and see themselves on screen.”

However, “the ton” was very much a real-life term in 19th-century England. In fact, it was a major part of high society during the Regency era. Derived from the French expression bon ton (good manners), it referred to upper-crust society in Britain. The sort who showcased their wealth, elegance, and class to all who cared to take note. Being part of “the ton” was as fancy as it sounds, especially when the social season was in session.

Described by Tatler as a “world of debutantes, foxtrots, high fashion, and city mansions,” the social seasons took place during the spring and summer months. This is when members of “the ton” would return from their country estates, much like Bridgerton’s Aubrey Hall, to conduct business in the city. It was also the perfect opportunity for mothers to debut their unmarried daughters to eligible viscounts, earls, dukes, and barons. This was achieved by holding lavish balls, where single men and women would have the opportunity to (discreetly) “burn for each other,” as Netflix so rightly puts it.

It’s in these moments that the true Regency culture shines through in Bridgerton, which was something that Van Dusen wanted to spotlight. “Part of the draw for me of this world was there were all kinds of rules that the women and men had to follow,” he told Town & Country. “All of those real historical elements are very much a part of the show, and I think they provide great texture for the series.”