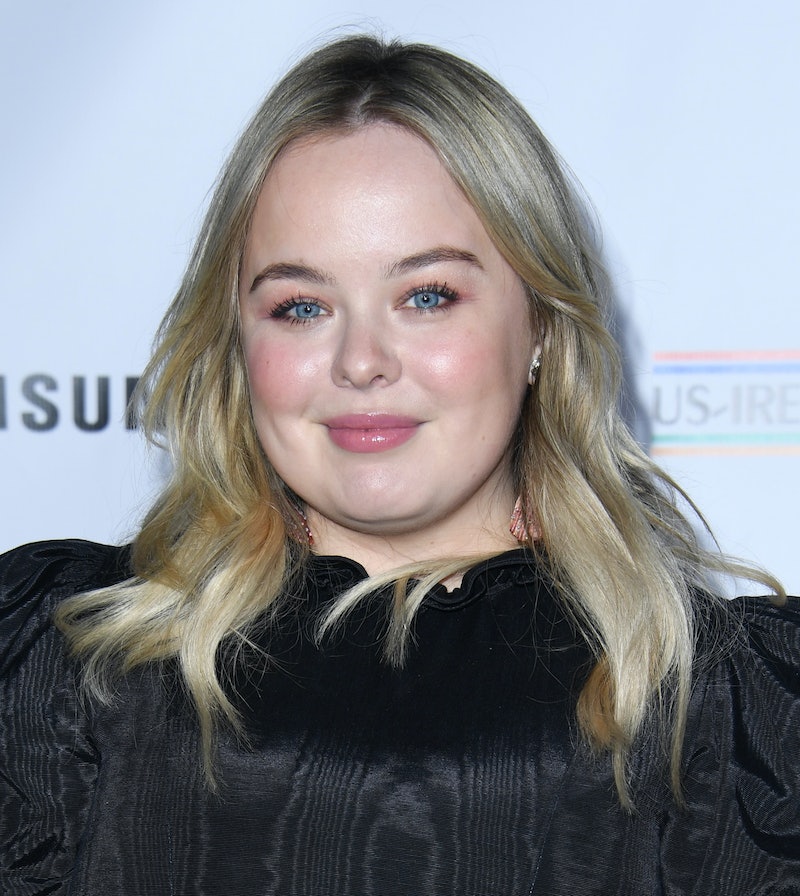 After some social media trolls criticized Bridgerton's diverse casting choices, actor Nicola Coughlan (and her co-stars) got the last laugh. Coughlan, who plays the Netflix Regency-era drama's Penelope Featherington, pointed detractors to the numbers. "You know the way some people were like 'Diversity in period drama doesn't work'....63 million households thought it did tho so," she tweeted on Jan. 5, sharing the streamer's announcement that Bridgerton was on course to become its fifth-biggest original series launched to date.

"Remember people were trying to downvote the show on IMDB cos it was so diverse?" the actor added. "You can't downvote us being Netflix fifth biggest original release ever." She later shared a screenshot showing Bridgerton holding IMDB's No. 1 spot in addition to a self-made meme using Vice President-elect Kamala Harris' post-election "We did it, Joe" phone call.

For those not in the 63 million households that already streamed the new Shonda Rhimes-produced series, Bridgerton is an early 1800s-set period drama set in a fictionalized 19th-century Britain that is ruled by a Black woman, Queen Charlotte (Golda Rosheuvel). "It made me wonder what that could have looked like," showrunner Chris Van Dusen recently told The New York Times. "Could she have used her power to elevate other people of color in society? Could she have given them titles and lands and dukedoms?" The show's multiracial cast portrays Black aristocratic and working-class characters alike, notably Regé-Jean Page as Simon, the Duke of Hastings, and Adjoa Andoh as Lady Danbury.

Page also previously commented on Bridgerton's multicultural cast. "It's not color blind casting because I don't think it's helpful to put brown skin in the show without putting brown people in the show," he explained to The Guardian in December. "This show is a glamorous, ambitious Cinderella fantasy of love and romance — I don't know why you wouldn't invite everyone to come and play in it, especially since we're serving a global audience on Netflix. It takes so little imagination to include people, as opposed to how much thought and effort it takes to keep people out of these stories."

And if the show's viewership numbers are any indication, fans have very much been loving the inclusion and diversity in Bridgerton.