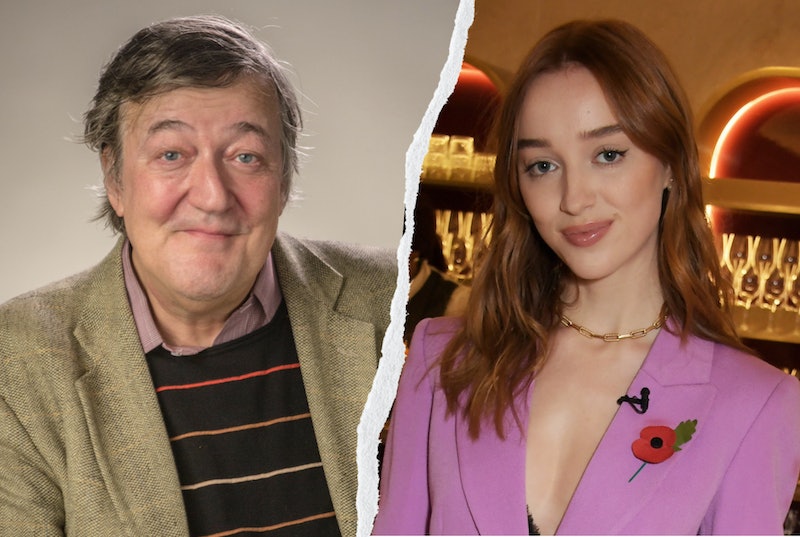 Just in time for the festive season, Stephen Fry is set to narrate a magical new edition of the fairy tale Sleeping Beauty for Audible. With the help of Bridgerton’s Phoebe Dynevor, Doctor Who’s Rochenda Sandall, and 1917’s Adam Hugill, the story will be brought to life like never before.

Written by dramatist Marty Ross, the audiobook is also accompanied by a soundtrack performed by the London Symphony Orchestra. Based on the original score for the Tchaikovsky play, the score will be played underneath the actors as they act out the timeless, eternal story that Ross has made his own.

“Sleeping Beauty in the story is very passive,” director Tamsin Collison said in a behind-the-scenes featurette for Audible. “Marty has gone for a much more empowered, intelligent, energised heroine who had a life plan before it was rudely interrupted.”

And that heroine, Aurora, is voiced by none other than Phoebe Dynevor. “As an actor, you are so used to working on every element of a character, from their characteristics, their movements, traits, expressions,” the Bridgerton star said, via RadioTimes. “Having just your voice to convey every motion for the listener was a brilliant learning experience ... [and] a welcomed challenge and I thoroughly enjoyed working with the team on this project — especially having grown up with the story of Sleeping Beauty.”

The new Sleeping Beauty audiobook is available to listen now exclusively on Audible, as are other new renditions of classic stories like A Christmas Carol narrated by Hugh Grant, Alice’s Adventures in Wonderland narrated by Jodie Comer, and Peter Pan narrated by Rupert Everett.