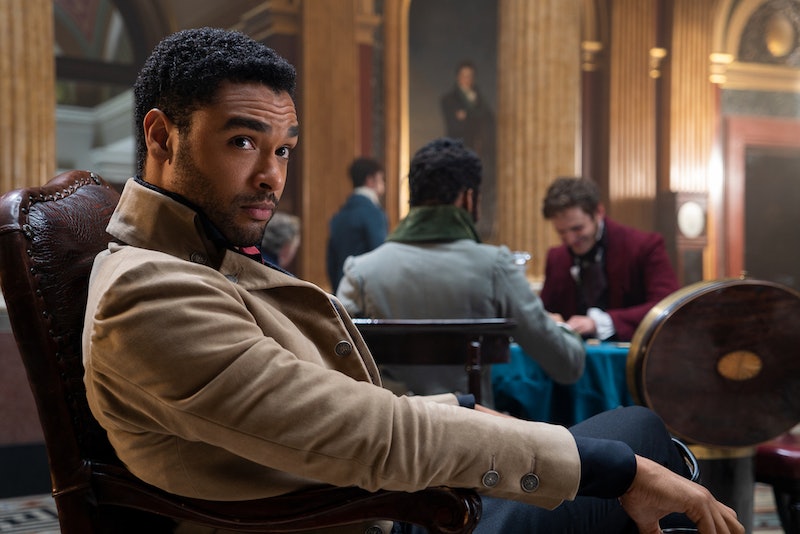 Though he's uncredited in the movie, Page's fans were still able to place him. The actor's role as Simon Basset, aka the Duke of Hastings, in Netflix's new hit series has propelled him into the pop culture zeitgeist since the show's debut in December. From executive producer Shonda Rhimes, the series follows eight siblings of the elite Bridgerton family as they attempt to find love in Regency-era England.

Of course, Page's quick cameo in the Daniel Radcliffe-led film has resulted in plenty of chatter online. "THE Duke of Hastings attended Bill and Fleur's wedding," one Twitter user wrote. "The Weasleys should be honoured by Your Grace's appearance."

So what role will Page take on next? According to fans, James Bond is a possibility. Last month, the actor tweeted out a clip of the Duke of Hastings with a nod to 007 in the caption. "Shaken and stirred," he wrote. People have since speculated that the actor will replace Daniel Craig in the iconic spy film series. However, he squashed the Bond rumors during a Jan. 8 appearance on The Tonight Show. "If you're a Brit and you do something of any kind of renown that people regard well, then people start saying the B-word," he said, referring to Bond. "It's like a merit badge. But I don't think it's much more than that. I'm very glad to have the badge, I'm very glad to be in the company of people who have the badge, but it's just a badge."

Bridgerton is available to stream on Netflix.

More like this
Here’s Everything Coming To & Leaving Netflix In December
By Jake Viswanath
The First Trailer For 'That '90s Show' Includes So Many Nods To The Original Series
By Jack Irvin, Alyssa Lapid and Grace Wehniainen
Elizabeth Debicki On Her Approach To The Most Debated Scene From 'The Crown'
By Grace Wehniainen
Watch The Gripping First Trailer For The 'Harry & Meghan' Netflix Doc
By Jake Viswanath
Get Even More From Bustle — Sign Up For The Newsletter