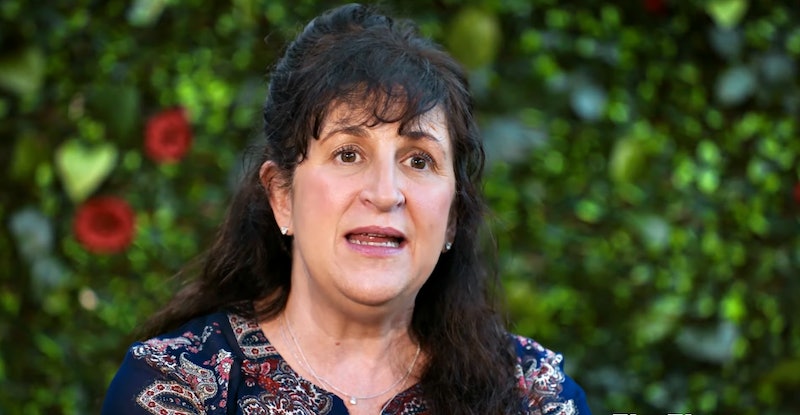 Felicia Culotta never quite understood her role on Britney Spears' team. A longtime family friend who's known Spears since she was 5 years old, Culotta was initially asked to serve as a "chaperone" during Spears' early career. Eventually, she took on the title of assistant. But "I don't know that I really ever had any definition on what I was supposed to do with Britney," Culotta explains in Framing Britney Spears, the newest standalone documentary in FX's series The New York Times Presents.

After more than nine years on the job, Culotta parted ways with Spears in 2007, right around the time the singer famously shaved her head. Per Today, Culotta wrote in an email that she was "crushed/saddened/heartsick" about the emotional turmoil Spears seemed to be experiencing. "There's just so much you can do to help a person — I don't dare want to be an enabler, and I cannot love her enough for the both of us," the message reportedly read, in part. "I cannot convince her in ANY way to love herself."

Still, Culotta says in the documentary that she didn't then, nor does she now, understand the conservatorship Spears entered into in 2008, which granted her father, Jamie Spears, and a co-conservator control over Spears' personal, financial, and business decisions. "Especially for somebody Britney's age and somebody capable of so much that I know firsthand she's capable of," Culotta says.

Culotta later worked as an assistant to the Jonas Brothers before rejoining Spears' team as the "V.I.P. coordinator" for her Piece of Me Las Vegas residency, which ran from 2013 to 2017. Speaking to The New York Times in 2016, Culotta described Spears as "very normal" and "extremely shy." But getting her — or anyone else — to go on the record for Framing Britney Spears was no easy task. "There's been this cone of silence around Britney for so many years that it feels like no one wants to be the first person to talk," director Samantha Stark told Los Angeles Magazine, adding that they had a spreadsheet of hundreds of potential interview subjects.

Eventually, former Jive Records marketing executive Kim Kaiman, who also appears in Framing Britney Spears, reached out to Culotta on behalf of production. After several phone calls, she agreed to participate. "Felicia was impressed that we were going to go out to Mississippi to interview her in person and she showed us around her town and it gave us more of a sense of what Britney’s life was like growing up," Stark said.

Culotta further explained her decision on camera: "I will say the one reason I agreed to do the interview is so we can remind people of why they fell in love with [Britney] in the first place."

More like this
Britney Spears Shared The Real Reason She Shut Down Her Instagram Account
By Brad Witter
What Is Mary J. Blige’s Net Worth? The 9-Time Grammy Winner Is Doing “Just Fine”
By Hugh McIntyre
Grammys Host Trevor Noah Made Adele's Dream Of Meeting The Rock Come True
By Brad Witter
All The Best Celebrity Reactions At The 2023 Grammys
By Brad Witter
Get Even More From Bustle — Sign Up For The Newsletter
From hair trends to relationship advice, our daily newsletter has everything you need to sound like a person who’s on TikTok, even if you aren’t.