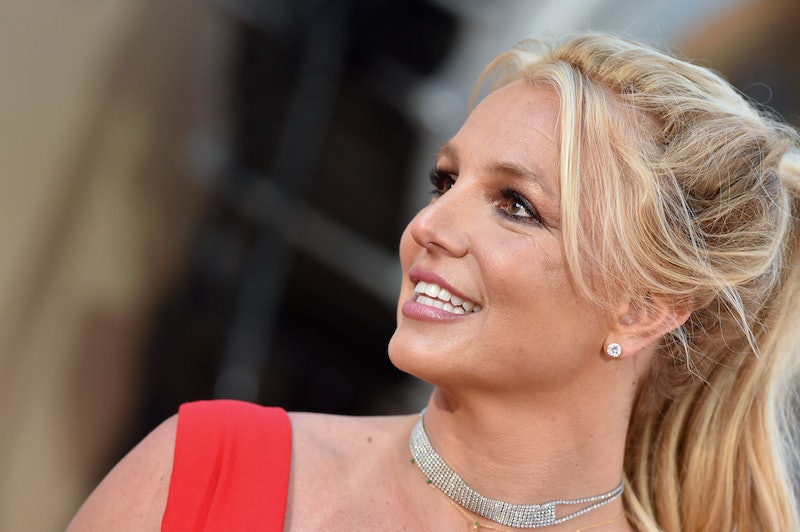 After years of relative silence, Britney Spears is taking legal matters into her own hands. On Tuesday, April 27, the pop icon’s court-appointed lawyer, Samuel D. Ingham III, asked the court managing her conservatorship if she could directly address the judge at an upcoming hearing. “My client has requested a hearing at which she can address the court directly,” Ingham said on Tuesday, per The Guardian. “My client has asked that it be done on an expedited basis.”

Judge Brenda Penny was receptive to the request and scheduled the hearing for June 23, according to People. There’s also an additional hearing scheduled for July. This news comes roughly one month after Spears “requested the resignation” of her father Jamie as her permanent conservator, asking for Jodi Montgomery, her longtime caretaker and temporary conservator, to take over instead. While it remains unclear which issues Spears plans to raise in court, Ingham said that Spears planned to address issues pertinent to the “status of the conservatorship,” which she has been under for 13 years.

Montgomery stepped into the role of Spears’ temporary conservator in September 2019 when her father stepped down due to health reasons and an alleged physical altercation with her son Preston, then 13. Prior to that, the singer’s conservatorship was under his management since 2008, following her public breakdown in 2007. The legal agreement gave Jamie control over his daughter’s estate, career, and many other aspects of her life. But according to legal documents obtained by People in March 2021, Spears “reserves the right to petition for the termination of this conservatorship.”

Apart from Spears’ recent request for her father to resign, she has largely kept quiet about the conservatorship since it went into effect in 2008. However, in court documents filed last summer, the “Toxic” singer made it clear that she is “strongly opposed” to her father returning as her sole conservator. Unfortunately, her request to have him removed was ultimately denied. In November 2020, Ingham told the court that Spears “is afraid of her father” and that she “will not perform again if her father is in charge of her career.”

In February 2021, Judge Penny ruled that Bessemer Trust Company, a wealth management and investment advisory firm, would continue to be co-conservators alongside Jamie. However, his lawyer Vivian Lee Thoreen told CNN in March that Jamie hopes that, eventually, his daughter won’t “need” a conservatorship at all. “[Jamie] would love nothing more than to see Britney not need a conservatorship,” Thoreen told the network. “Whether or not there is an end to the conservatorship really depends on Britney. If she wants to end her conservatorship, she can file a petition to end it.”

More like this
Britney Spears Shared The Real Reason She Shut Down Her Instagram Account
By Brad Witter
Britney Spears Shares & Deletes Photos Of Justin Timberlake From 22 Years Ago
By Jake Viswanath
20 Years Ago, J.Lo Was Supposed To Kiss Madonna With Britney At The VMAs
By Jake Viswanath
Austin Butler Recalls Lisa Marie Presley Showing Him Elvis’ Bedroom
By Jake Viswanath
Get Even More From Bustle — Sign Up For The Newsletter
From hair trends to relationship advice, our daily newsletter has everything you need to sound like a person who’s on TikTok, even if you aren’t.