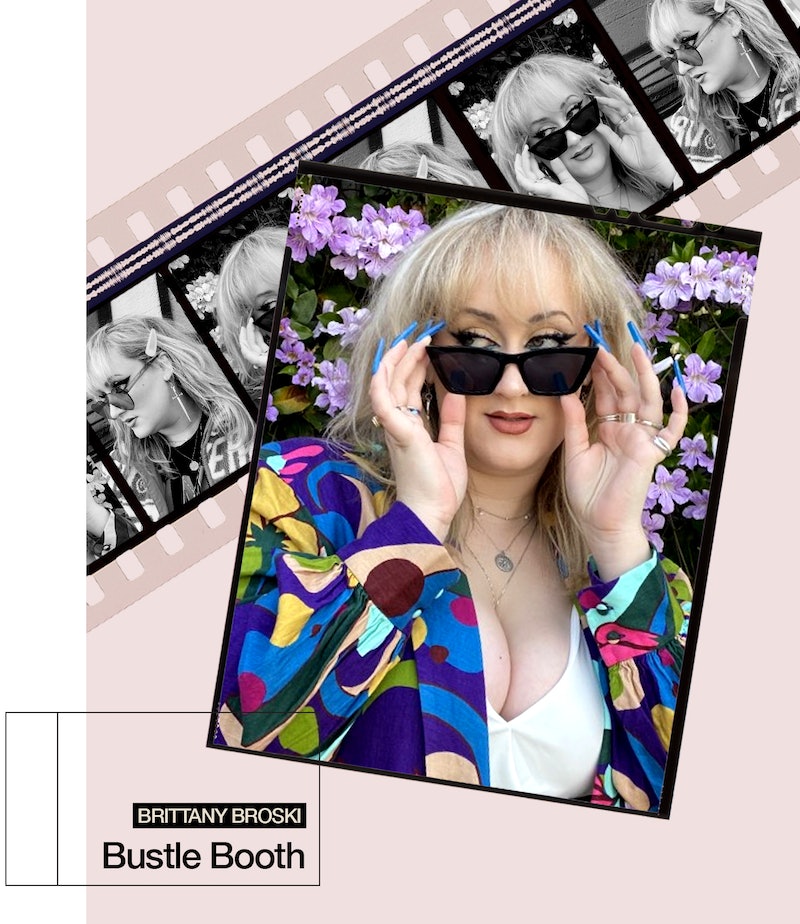 If Chrissy Teigen is the mayor of Twitter, Brittany Broski is the treasurer of TikTok. The so-called “kombucha girl” saw her meme go viral in 2019, and since then has amassed 6.2 million followers on the platform, starred in a Super Bowl commercial, and been tapped to host the official TikTok podcast, where she interviews the likes of like Hank Green and Yungblud. But despite being recognizable to basically anyone with an iPhone, Broski’s also pretty down-to-earth.

“Whenever [I] start getting that little hint of ego, it’s like, Ok, kombucha girl, calm down,” she laughs. “I don’t think humans were ever supposed to have six million people looking at them at once.”

Though she rose to fame with an expert, kombucha-inspired display of facial dexterity, Broski’s hardly a one-hit wonder. As a self-identified member of Alt TikTok — the less mainstream, more creative side of the platform — she puts on accents (including a killer Adele impression), does skits, and talks about her abiding love for Post Malone. She deliberately doesn’t give her audience exactly what they want (more kombucha, probably), because she wants to push herself. Other times, though, she’ll keep it simple — just press record while lying in bed. That honesty builds trust, she tells Bustle.

“I’m referred to as a ‘comfort person’ for some: ‘When I’m having a bad day, I watch your videos.’ That’s a lot of responsibility on my shoulders as a mentally ill person! I’m trying to keep myself and all these millions of people happy. I have to reality check myself.”

Broski will tell you what a lot of people won’t about being internet famous: it’s hard work, and it sucks sometimes. “I’m being used and abused and sucked dry, it feels like. But you get paid,” she says. “I’m so grateful I get to [TikTok] for a job, because I recognize how absurd it is.”

It’s her unfiltered sentiments — about depression, terrible makeup transformations, her forehead, you name it — that prompt the most “thank you” DMs.

She’s eager to help tear down the picture-perfect facade of social media beauty standards. “If I can be that voice: ‘You’re fine the way you look, the way you are. Like what you want to like. You’ll find your friends.’ That’s what I needed. It’s very full circle.”

And her reach is only growing. Broski is teaming up with her roommate and fellow TikToker Sarah Schauer to launch a podcast later this year; in the meantime, fans can get a taste at the pair’s digital event, A Night of BS, on May 27. Much like with their YouTube videos, they’ll riff on topics ranging from death to Space Jam’s Lola Bunny (“the impossible, unattainable beauty standard for all women,” Broski insists).

Get to know more about Broski’s love for Harry Styles, Star Wars, and Tina Turner in her Bustle Booth questionnaire below.

IT’S OVER ANAKIN. I HAVE THE HIGH GROUND.

TOWIE (The Only Way Is Essex).

I want people to say I brighten up a room. I want to be remembered for charisma more than humor.