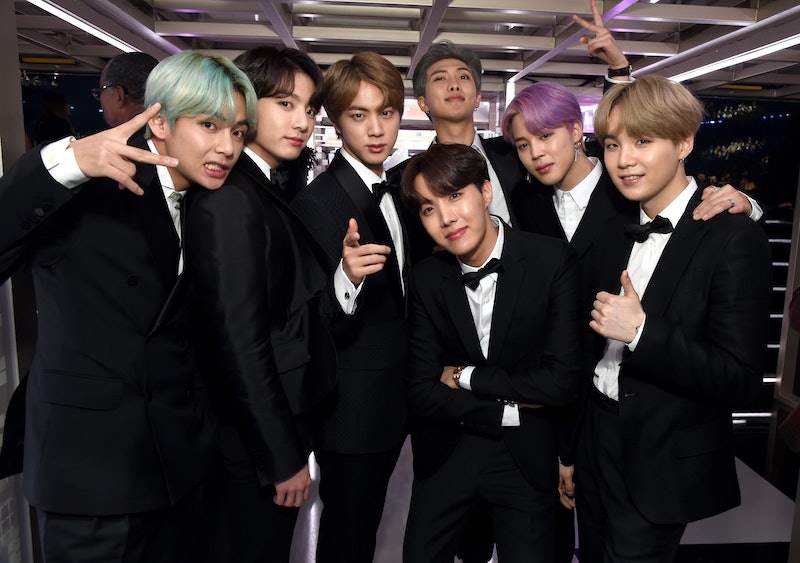 Without question, BTS is the biggest band in the world. The seven-member vocal act sells out arenas in minutes, seemingly hits No. 1 with every new single or album, and graces magazine covers globally. Now, BTS is on the cover of Rolling Stone. In a far-reaching interview, the group opens up about the positive impact they hope to leave on this world, their upcoming sure-to-be-a-smash single “Butter,” and what the future holds for a collective of musicians who are about to be forced into semi-retirement because of South Korea’s law about enlisting in the military.

“Butter,” which comes out May 21, isn’t only one of the most exciting releases BTS fans (known collectively as ARMY), but also for the entire music industry. Since the septet first announced the tune late last month, every tiny detail or mention of the cut from the act or their label HYBE has instantly gone viral. Promotional images featuring the musicians with newly-colored hair set the internet on fire earlier this week, and devotees haven’t been able to calm down since.

In the new Rolling Stone cover story, a more detailed description of “Butter” is unveiled, and it looks like it’s bound to become not just a hit, but perhaps the song of the summer. Writer Brian Hiatt makes it clear that while many of BTS’s songs feature some sort of deep, important message, the same can’t be said for their latest single. He refers to it as “a pure, swaggering dance-pop celebration,” likening the tune to “the retro vein of Bruno Mars” and claiming it features “layers of Jam and Lewis-style synths,” referring to legendary R&B producers Jimmy Jam and Terry Lewis.

“Butter” sees BTS sticking with English, obviously with the intent of scoring the biggest hit possible all around the world, as Western markets like America and the U.K. are notoriously closed off to most music performed in other languages. In the song, the members — Jin, Suga, J-Hope, RM, Jimin, V, and Jungkook — apparently croon about being “smooth like butter” and having a “superstar glow.” RM calls the track “very energetic” and “very summery.”

BTS’s new single is thus far unattached to any larger project, such as an EP or an album, but it will almost surely be connected to one at some point. The South Korean superstars never go too long in between studio efforts, and a new set is all but guaranteed at some point in 2021.

“Butter” comes at both a fantastic and somewhat difficult time for BTS, as they are bigger than ever, but their future seems uncertain. 2020 saw the band score three No. 1 hits on the Hot 100, becoming the first act from South Korea to top the most important singles chart in the U.S., and they also earned their first Grammy nomination for the unstoppable earworm that was “Dynamite.” The success of that disco-leaning hit, their first all-English performance, likely inspired them to return to that plan for this latest tune.

While most groups would be confident that the future looks bright after such massive successes, things could change very soon for BTS, and not necessarily for the better. Based in South Korea, all seven members will eventually have to enlist in the military and serve roughly 20 months, as is the law in the country. The eldest member, Jin, was granted a reprieve by the government, as every man is expected to take part in the duty by the time they turn 28, which he did just a few months ago. Several others will hit that age in the coming year or two, but they will likely also be able to wait until they’re 30, though that doesn’t leave too much time.

“I feel that I will try to work as hard as I can and do the most I can until I am called,” Jin told Rolling Stone, adding that serving is an “important duty for our country” and hinting that BTS could go on without him. “I have no doubt that the other members will make a good decision because, you know, this is not something that I can tell them what to do. I’ll be sad, but I’ll be watching them on the internet and cheering them on."

So, BTS is in a very interesting place career-wise. They are likely headed toward another global No. 1 hit with “Butter,” and 2021 could turn out to be their most lucrative year yet, but every day, the band works hard knowing that a stop date may be fast-approaching. In regards to whether they will reunite after they've completed their enlistment, V’s response seems to suggest they’re not too worried about it at the moment and that as a group, they remain positive: “We haven’t discussed it in the specifics amongst ourselves, but I’m sure it’ll work out eventually.”

More like this
Mariah Carey Is Releasing Her “Lost” '90s Grunge Album
By El Hunt
Everything To Know About Taylor Swift’s 10th Studio Album, 'Midnights'
By Grace Wehniainen and Jake Viswanath
Twitter Is Freaking Out Over Rihanna’s 2023 Super Bowl Halftime Show Announcement
By Stephanie Topacio Long
What Demi Lovato Really Thinks About Child Stardom, Depression, & Sobriety
By Radhika Menon
Get Even More From Bustle — Sign Up For The Newsletter