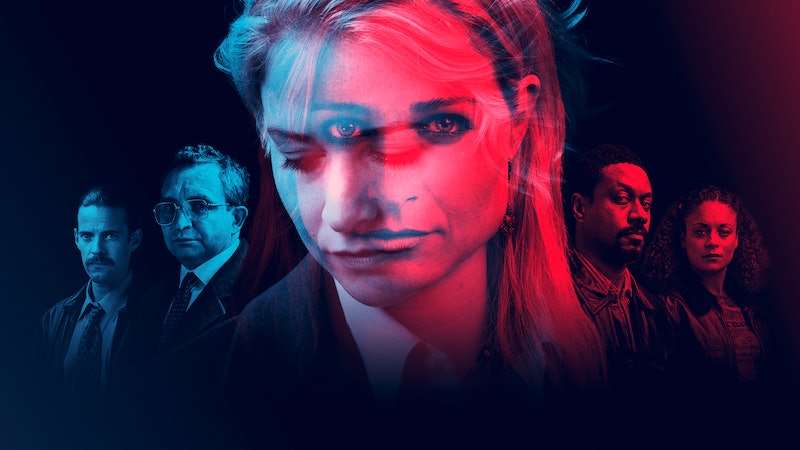 These days, crime dramas are a dime a dozen but now and again, one comes along that is really worth a watch. Upcoming Channel 4 show Deceit, which centres around a devastating 1992 murder and its consequential honeytrap investigation, certainly looks to be one of them. The new show is told purely from a female perspective, and features a stellar cast and an even better plot. Here’s everything to know about Deceit, including when you will be able to watch it.

Deceit centres around the story of Rachel Nickell, who was murdered in front of her young son on Wimbledon Common in 1992. The murderer Robert Napper eluded police detection for some time in part due to the force’s failings and its insistence on instead pursuing Colin Stagg, an innocent man.

“It is this controversial honeytrap investigation, known at the time as Operation Edzell, that I have chosen to focus my new four-part drama, Deceit, for Channel 4, on,” writer and producer Emilia di Girolamo told Radio Times. “Depicted from a unique female viewpoint, that of the undercover officer codenamed “Lizzie James” (played by Niamh Algar), Deceit examines the complicated and toxic sexual politics of the early ‘90s, the police’s obsession with the wrong man and the devastating impact on all involved.”

For di Girolamo, it was important to tell this four part crime drama from a different angle, too. “With factual crime stories becoming increasingly popular, I’ve felt for a while that other than as victims, one perspective seems to be missing from the majority of British true crime dramas: women’s perspectives,” she said. “I knew from the start that was something I wanted to redress.”

The Met Police Officer whose perspective the show is told from, codenamed ‘Lizzie James’ is portrayed by Niamh Algar, who has starred in other hits including The Virtues, Raised by Wolves and Calm with Horses.

As well as Algar, Sion Daniel Young (Keeping Faith, Doc Martin) will be taking on the role of Colin Stagg, while Harry Treadaway (The Crown, Star Trek: Picard) is playing Keith Pedder. Eddie Marsan is also starring as Paul Britton, Nathaniel Martello-White as Baz, and Rochenda Sandall as Lucy.

Caroline Hollick, Head of Channel 4 Drama said of the cast: “I couldn’t think of a more phenomenally talented ensemble than Eddie, Harry, Sion, Nathaniel and Rochenda to join Niamh Algar, who is fast becoming an iconic star of the Channel, in order to shine a light on one of the most shocking stories in modern policing.”

Is there a trailer for Deceit?

There is a trailer for Deceit, which you can watch here:

Does Deceit Have An Air Date?

Deceit begins on Friday, Aug. 13, at 9pm on Channel 4. It will continue weekly, and be available on All4.

More like this
This First Look At 'The Gold' Shows Jack Lowden In A Whole New Light
By El Hunt and Sam Ramsden
A New Netflix Doc Will Explore The Unsolved Murder Of Jill Dando
By Sam Ramsden
Everything To Know About The 'Daisy Jones & The Six' TV Series
By Maxine Harrison and Brad Witter
Helena Bonham Carter Doesn't Think 'The Crown' “Should Carry On"
By Sam Ramsden
Get The Very Best Of Bustle/UK
Sign up for Bustle UK's twice-weekly newsletter, featuring the latest must-watch TV, moving personal stories, and expert advice on the hottest viral buys.