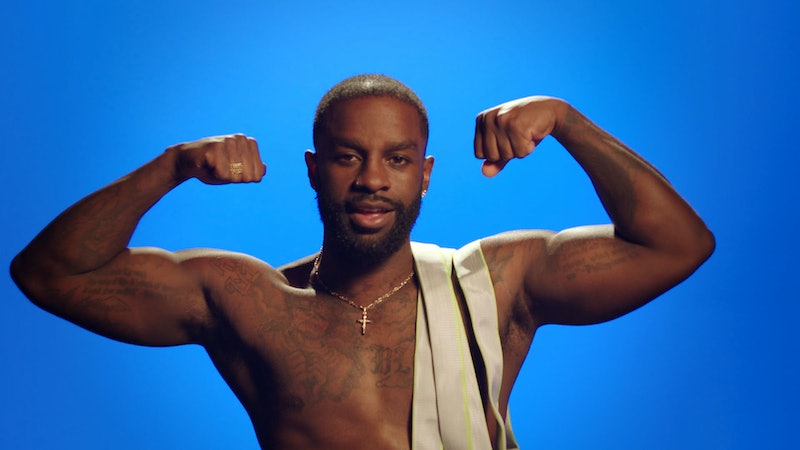 Circle fans can now watch yet another batch of players charm, scheme, and politic their way to the $100,000 prize. Season 3 of the Netflix competition series dropped on Sept. 8 with a new crop of competitors ready to duke it out from the comfort of their isolated apartments. One such contestant is Calvin Crooks, a 30-year-old from Miami. Here’s everything to know about him heading into the show.

Calvin is a true multi-hyphenate. He previously played semi-professional soccer in the UK and Iceland, the highlights of which you can watch on his YouTube page, but has since ventured into other fields. According to his website, he’s now a private chef and nutritionist who also offers boxing and online personal training classes. Plus, as mentioned on the show, he’s a trainee firefighter. The guy is busy.

Despite being active on the platform since 2012, Calvin only has 16 posts on Instagram. Based on his page, he seems to spend a lot of time in his hometown of Miami exploring the beaches and palm tree-laden streets. Calvin has also shared some pictures from his soccer days in Iceland that show him warming up with his team’s uniform on. And if you want to get a feel for Calvin’s competitive spirit, he posted a video of him trading slide tackles with an opponent during a game captioned with an ominous ambulance emoji.

Calvin seems to post a lot more on his Instagram stories and has multiple highlights on the top of his page. In one titled “ShooterMcGavin,” he flaunts his golf game, while in another labeled with the cartwheeling emoji, he shares his workouts. You can see some of the dishes Calvin has made in the highlight with a chef emoji, including French toast, rasta pasta with meatless fried chicken, and turmeric rice with sweet and sour tofu (Calvin is vegetarian). He already has a highlight dedicated to The Circle, so you can follow along with his reactions to the show there.

The trailer for the season hints that he’ll try to cozy up with Kai: it opens with him sending a her a shirtless photo, to which she replies, “hashtag dang.” Later, he exchanges messages with another player and remarks, “I can’t tell if she’s trying to flirt with me or what.”

However, it seems like Calvin is focused on strategy, not romance. “I’m very, very competitive,” he says in his intro. “There’s 100 grand here. It’s a competition. So if I have to manipulate a few people to win the game, then so be it.”