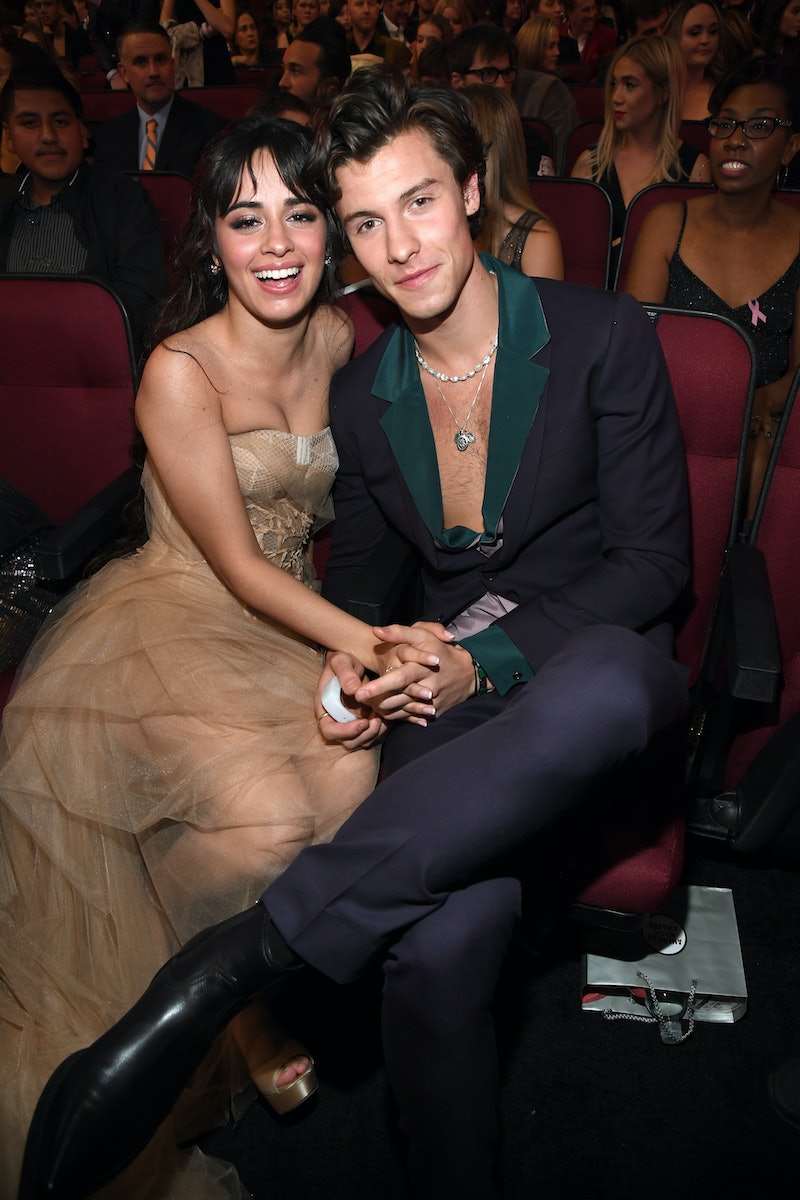 In an utterly sweet display of love, Camila Cabello celebrated her relationship with Shawn Mendes on Instagram on Saturday, Nov. 28, less than a week after the Netflix Documentary Shawn Mendes: In Wonder gave fans a closer look at the singers' life together. Cabello posted a photo of her and Mendes kissing on the beach and wrote about what she's learned about love from their relationship. Her vulnerable post described a romance that is "beautiful and real and raw."

The "Señorita" singer got candid about dating Mendes, writing that it's "not just the happy blissful moments you see in pictures and videos." Cabello wrote that having a partner is like looking in a mirror, and being in a relationship forced her to "confront my fears, my anxieties, my insecurities, my patterns of thinking, my beliefs about life and about myself." She noted that "sometimes, it’s messy and uncomfortable and ugly."

While Cabello acknowledged that no relationship is as idyllic as it appears online, she also paid tribute to their real romance, saying, "There’s nothing like the pull, the FORCE that is love." The singer added that a strong relationship gives you "the relentless strength to be braver, wiser, and better than you were yesterday." She also said she wanted to be more realistic for followers, as the perfect and neat lives people project on social media "can make us all feel extra lonely and weird."

"So raise your glass to the messiness and weirdness of being human," Cabello wrote at the end of the Instagram post. "And the easiness. And the instinct. And the relentless force that is love."

Mendes and Cabello began dating in 2019, and have spent the majority of the COVID-19 pandemic social distancing together in Miami, as per People. The duo first met backstage opening for an Austin Mahone show in 2014, when Cabello was with Fifth Harmony, and then reconnected backstage at a Taylor Swift concert in 2015. They went on to record songs together — and, of course, fall in love.

The two, who have often shared snippets of their relationship on social media, also recently opened up about their time together in Shawn Mendes: In Wonder. He described how difficult it is to fully capture the beauty of their romance through music, saying, "I don't think I’ll be able to write songs that really do it justice, that can really capture the feelings with her." He then compared the experience of trying and failing to photograph the night sky, saying, "When you see the moon or the stars and you just can't and it doesn't look good. And you're like 'it's not supposed to be captured.' It’s just supposed to be for us.'"

Yep, "beautiful and raw and real" sounds about right.

More like this
Michael B. Jordan Tackled His "Public Breakup" With Lori Harvey On 'SNL'
By Brad Witter
Who Is Pete Davidson Dating? He & Chase Sui Wonders Got Caught Kissing
By Jake Viswanath
Who Is Murray Bartlett Dating? 'The Last Of Us' Star Is Extremely Private
By Alyssa Lapid
4 Surprising Celeb Throuples That Got The Internet Talking
By Sophie McEvoy
Get Even More From Bustle — Sign Up For The Newsletter
From hair trends to relationship advice, our daily newsletter has everything you need to sound like a person who’s on TikTok, even if you aren’t.