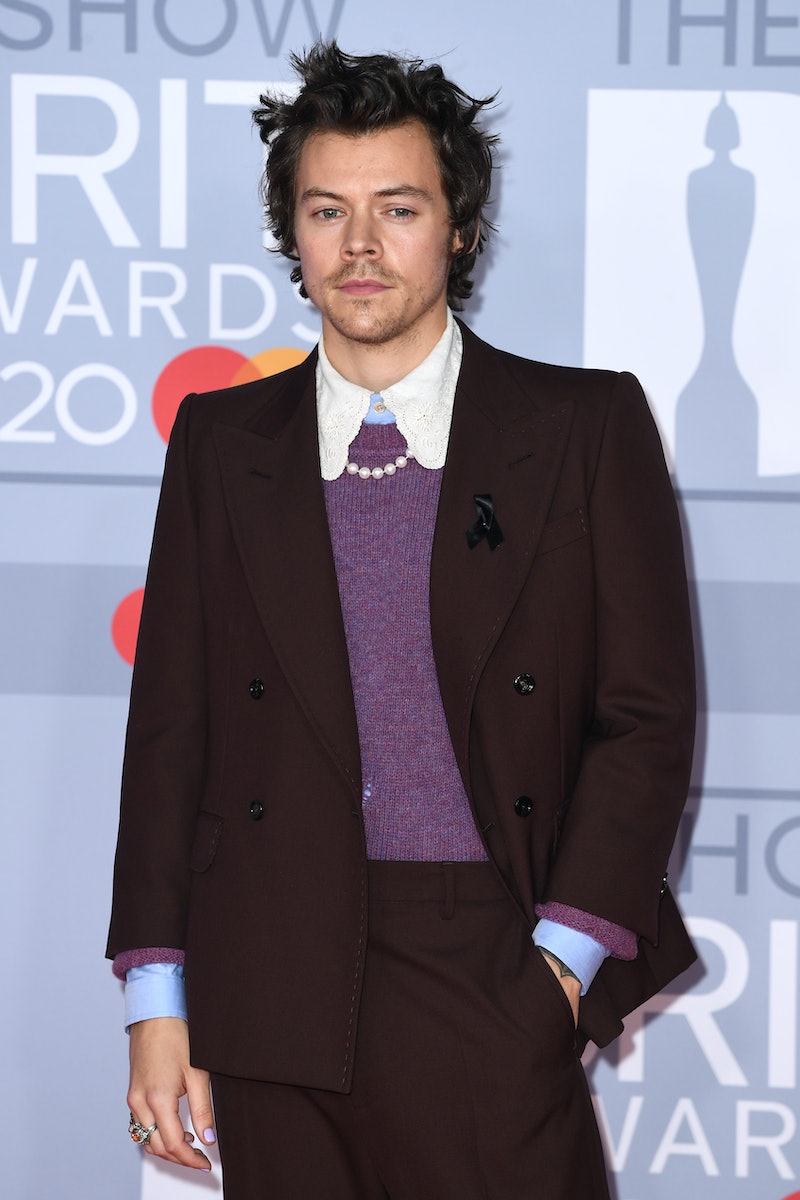 Harry Styles' Vogue cover shoot, which featured the singer in a lace dress and suit jacket, was praised by many for challenging gender norms and pushing fashion boundaries. But days after the singer made history as the first man to appear solo on the cover of Vogue, detractors are lobbing heteronormative views at Styles. Naturally, his fans are already shutting down criticism of the photoshoot.

One conservative pundit named Candace Owens called the photoshoot an "outright attack" on Twitter, demanding: "Bring back manly men." Other pundits shared similar responses with one commentator calling the singer's choice to wear a dress "a referendum on masculinity."

Many fans and celebrities rushed to defend Styles' attire amid the backlash on social media, shutting down the trolling as small-minded, gender-normative nonsense. Booksmart director Olivia Wilde responded to Owens tweet with "you're pathetic." On Twitter, several fans noted the audacity of going up against the Styles hive. Or, as RuPaul's Drag Race All Stars winner Trixie Mattel put it, "Honey- you got a big storm comin’."

The supportive tweets continued to roll in for the "Lights Up" singer. One user tweeted, "Lol anyone mad about harry styles in a dress is just mad that he can pull it off better than they can." Writer Jess Valenti wrote that the outfit is not that deep, tweeting: "Conservatives want to believe Harry Styles in a dress is some complicated attack on 'masculinity' rather than the much simpler truth that it’s just hot." Chasten Buttigieg, husband of Mayor Pete Buttigieg, wrote, "Honestly, what can you wear these days? Oh yeah. That’s right. Anything you damn well please."

On the flip side, others urged fans not to engage with the haters. Las Culturistas podcast host Matt Rogers tweeted, "You know who doesn't care about this? Harry Styles." He added, "Just let ugly haters spin out. They'll get tired."

Rogers is likely on to something, and Styles is probably too busy transcending boundaries to be concerned with these critics. "When you take away ‘There’s clothes for men and there are clothes for women,’ once you remove any barriers, obviously you open up the arena in which you can play," Styles told Vogue in the cover story. He added, "It’s like anything — anytime you’re putting barriers up in your own life, you’re just limiting yourself."