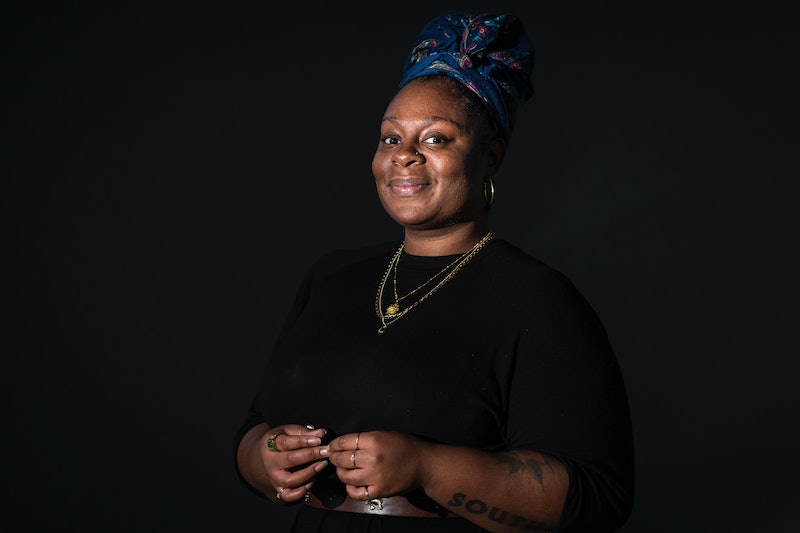 Candice Carty-Williams’ debut novel Queenie was included in many of the book awards lists throughout 2019 – and for good reason. Her funny, heartbreaking, and enlightening story about a young woman just trying to catch a break seemed to resonated with woman around the UK and beyond. It’s already gained Sunday Times Bestseller status and now it's been announced that Carty-Williams has won Book of the Year for Queenie at the British Book Awards. She was nominated alongside Lisa Taddeo, Oyinkan Braithwaite, and Margaret Atwood and is the first Black author to achieve the accolade. While the author has said she’s proud and grateful to all the people who brought Queenie to life, the achievement has also come with a tinge of sadness.

It was announced on June 29 that Carty-Williams had won Book of the Year and Best Debut Novel at the British Book Awards. Queenie tells the story of a 20-something woman trying to thrive in her job, get through a break up, keep her friendships together, and negotiate family life. Speaking about the novel, the judges said "It was clear that Candice Carty-Williams' first novel has established her as a brand name that readers will return to again and again.”

When she was announced as the winner of the biggest award at the British Book Awards, Carty-Williams wrote on Twitter, “BOOK OF THE YEAR 2020 And the FIRST Black AUTHOR to win it let alone Black WOMAN since the prize BEGAN in 1994? Sorry for all the caps but what are you telling meee.” Reacting to her win she said:

“I don't quite know how I feel about winning book of the year; I'm proud of myself, yes, and grateful to the incredible team that helped me get Queenie out of my head and on to the shelves. I'm also sad and confused that I'm the first black AND female author to have won this award since it began. Overall, this win makes me hopeful that although I'm the first, the industry are waking up to the fact that I shouldn't and won't be the last."

The British Book Awards are run by The Bookseller magazine and launched in 1990. Bernadine Evaristo joins Carty-Williams on this year's winners list as Author of the Year for Girl, Woman, Other. Oyinkan Braithwaite picked up the Best Fiction: Crime & Thriller Award for My Sister, The Serial Killer and Lisa Taddeo’s Three Women won Best Non-Fiction: Narrative Book Of The Year.

More like this
5 Gripping Books To Read From Women’s Prize For Fiction Winner Ruth Ozeki
By El Hunt
Lauren Rae Is Bringing Back The Sex And The City Vibes In Her New Memoir
By Shahed Ezaydi
Annie Lord’s Memoir Will Make You Believe In Love Again
By Shahed Ezaydi
16 Novels That Paint A Realistic Portrait Of Abortion
By K.W. Colyard
Get The Very Best Of Bustle/UK