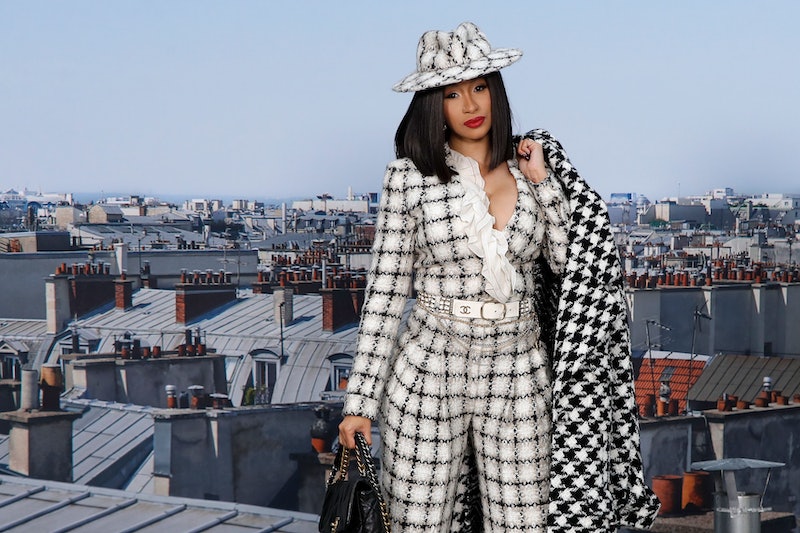 Cardi B may be raking it in through endorsement deals and collaborations with brands like Amazon, Reebok, and Fashion Nova, but she's also not afraid to call out how the industry has been biased against her. In a new interview with the one and only Mariah Carey, Cardi B discussed how Black artists are treated differently in the fashion world, and even pointed out how she has sometimes been paid less for doing the same work as her white counterparts.

For their Interview story, the Grammy-winning artists discussed everything from their New York childhoods to Cardi's stripper days and the "prejudice" that they have felt compared to white artists in the music industry. "I have been involved in endorsement deals, and then I found out that certain white people got more money for their deals from the same company," Cardi explained. "I do my research. I know how much money I made that company. My fans buy my sh*t. So it’s like, 'When you’re not paying me what you’re paying these other people, why is that?' It’s kind of insulting."

When it comes to the fashion world, Cardi said that she and fellow Black artists have a harder time getting accepted by high-profile brands despite being a huge driver of sales and trends. "Hip-hop is a big influence," she said. "And yet, Black artists have the hardest time getting pulls from designers and the hardest time getting seats at their fashion shows, and barely get endorsed by big fashion brands that we literally make trend."

Cardi's claims did not just come from her own experiences. A 2018 study showed that Black musicians, artists, and other personalities of color were more often overlooked for endorsement deals than their white counterparts. The issue became even worse for celebrity endorsers outside of the U.S. "My instinct is that many decision makers at brands and agencies may simply identify subconsciously more with white celebrities," Spotted's co-founder Janet Comenos said, per The Drum.

Carey agreed with Cardi's sentiment, adding that her own biracial heritage complicated how people have treated her. "I have it a different way because people don’t know how to categorize me sometimes, and that sucks," she said. "But I think people should listen to the words you say, because you’re saying it from firsthand experience. You’ve gotten less than other artists who are not artists of color, and yet your influence has been way broader. So let’s fix that."

More like this
25 Years Later, Mariah Carey Re-Releases 'Butterfly' With 8 New Songs
By Jake Viswanath
Mariah Carey Is Releasing Her “Lost” '90s Grunge Album
By El Hunt
Lizzo Twerks While Playing James Madison's 200-Year-Old Crystal Flute Onstage
By Radhika Menon
Everything To Know About Taylor Swift’s 10th Studio Album, 'Midnights'
By Grace Wehniainen and Jake Viswanath
Get Even More From Bustle — Sign Up For The Newsletter