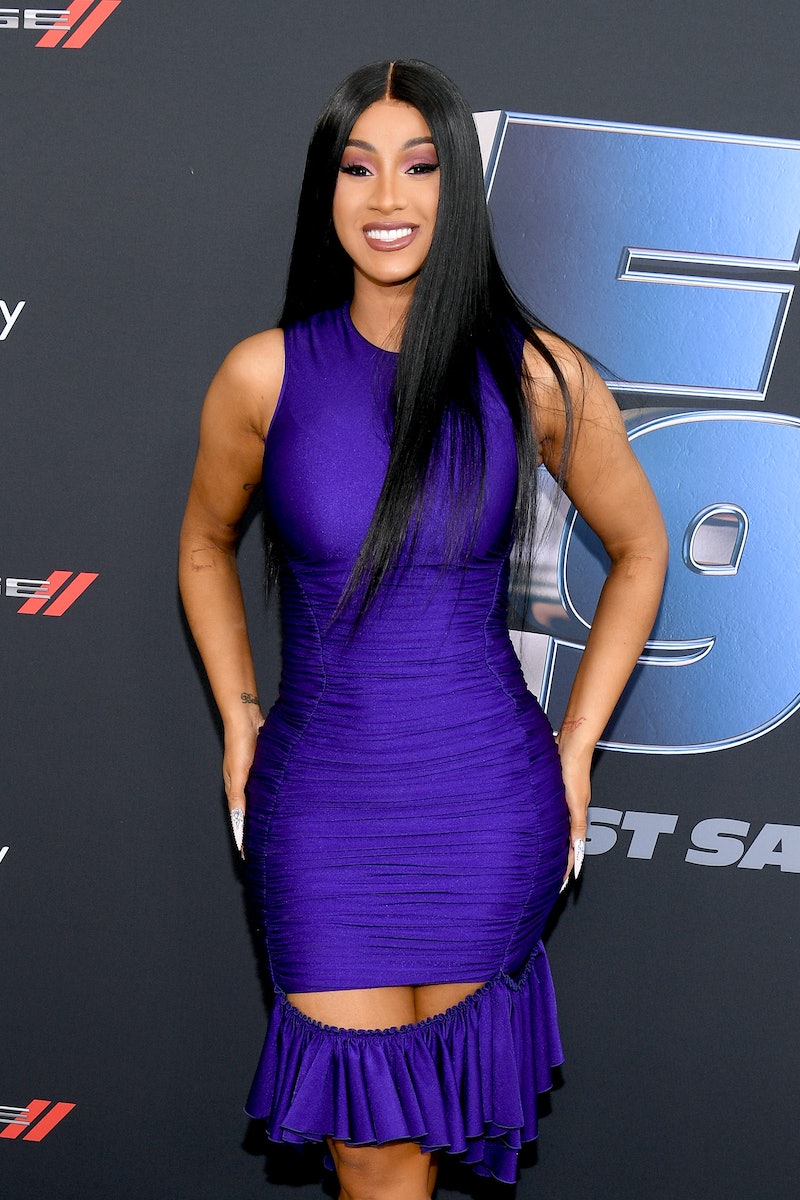 Cardi's heading back to the big screen, but this time she'll be the star. After Variety broke the news that the Grammy winner would headline her first film, Cardi B shared her excitement about her starring role in Paramount's upcoming comedy Assisted Living on Twitter. The rapper also added some advice that she seems to live by.

"Work & life is about to become 10x harder but I'm overwhelmed with happiness," she wrote on Thursday, Jan. 14. "When you have opportunities in your hands TAKE THEM ALL!"

The "Bodak Yellow" rapper is slated to play Amber, a small-time crook who finds herself in over her head when a heist goes wrong. Variety has billed the film as as a raucous comedy with tremendous heart, in the vein of classics such as Tootsie, Sister Act, and Mrs. Doubtfire. "On the run from the cops and her former crew, she struggles to find anywhere to hide," the trade publication's synopsis read. "Running out of options, Amber disguises herself as an elderly woman and hides out in the one place no one will look — her estranged grandmother's nursing home."

Cardi B made her feature film debut in 2019's Hustlers alongside Jennifer Lopez, Constance Wu, and Keke Palmer, among others. She'll also play the role of Leysa in the next Fast & Furious franchise blockbuster, F9 — thanks to an assist from star and producer Vin Diesel's 5-year-old daughter, Pauline. "My daughter wanted a piece of casting to happen, so Cardi B is in it," the actor revealed during a March Jimmy Kimmel Live! appearance. "I said, 'It's a great idea!' As she's listening to 'I Like It Like That.'"

She seems determined to nail the part, too. "After Hustlers, I filmed a little bit for Fast & Furious so I felt like oh, I'm ready for this, I already know what to expect," Cardi B recalled to Billboard in November 2019. "But ... the characters were, like, a little bit different, so I was like oh wow, I'm gonna need more acting classes because I'm planning on doing a movie this year, and I'm going to be like the lead role, so I'm like I need to execute this flawlessly."

With the highly anticipated follow-up to her Grammy-winning album, 2018's Invasion of Privacy, in the works, she certainly has quite a bit on her plate, but if anyone understands the hustle, it's Cardi.