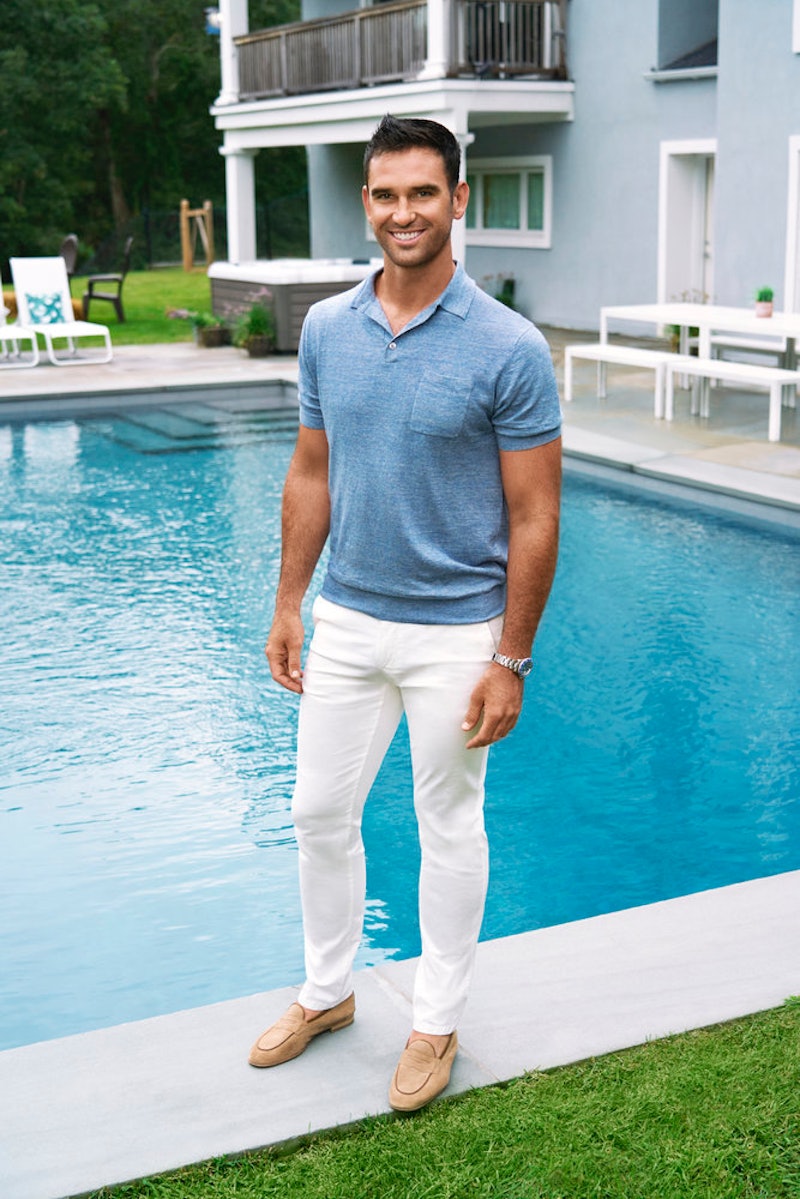 The March 4 episode of Summer House is a heavy one. Picking up where last week's episode left off, Carl Radke informs his housemates that his brother Curtis has died after an overdose. “I know it's an illness. I know he was sick," Radke tells the cast of his brother's history of substance misuse. “[But] I wanted him to grow older and maybe figure sh*t out at some point. Have our children play together, maybe have a family vacation."

Carl was five years younger than Curtis, and growing up, he wanted to be just like his big brother. "Some of my favorite memories with him were hanging out together at baseball games or weekend soccer games," he told Today in February. "He was an amazing athlete who played five different sports and was well respected."

It was in high school that Curtis began misusing drugs. As he and Carl got older, they grew apart. "He dropped out of college and continued to struggle with [substance misuse]," Carl explained. "I still cared so much about him, even though it was really hard at times."

Carl always hoped they'd reconnect one day. "I saw him in 2017 for my grandfather’s funeral and I told him I loved him," he told Today. "It was difficult and emotional, but it was the truth. I had no idea that it would be the last time we spoke." Since Curtis' death, Carl has shared multiple Instagram posts reflecting on their brotherhood.

"Curtis, I know you’re in a better and safer place," he captioned one gallery of photos of them together. "Brothers fight, brothers cry, brothers battle, brothers love and brothers protect. You had a great heart and those who knew you will agree ... You taught me a lot and I’ll cherish the best of times and the worst of times."

The pandemic has been difficult for people with substance use disorders. According to a recent Centers for Disease Control and Prevention report, over 81,000 Americans died from a drug overdose between May 2019 and May 2020, an 18% increase from the previous year. And last August, the CDC reported that 40% of U.S. adults reported struggling with mental health or substance misuse.

Following the loss of his brother, that's inspired Carl to be more vulnerable about his own struggles. He recently chose to stop drinking after examining his relationship with alcohol in therapy. "I had never ever opened up about the amount of drinking and partying I did," he told Today. "With all the crazy things going on in the world it was important to invest in myself with therapy and putting it out in the open that I struggle."

Now, he's taken that a step further by partnering with Shatterproof, an outreach program that aims to de-stigmatize substance misuse and raise awareness about its connection to mental health. He also worked with lifestyle brand More Summer Fun to raise funds for the Gaiser Addiction Center, where Curtis sought treatment throughout his life. "Mental health and [substance misuse] is so incredibly powerful and so common yet people are afraid to talk about it," Carl said. "I want to help those people by letting them know they are not alone."

More like this
Twitter Can’t Get Over Stormzy’s Surprise Cameo On Winter 'Love Island'
By Sophie McEvoy
RHOP’s Robyn Dixon Explained Why Juan Paid For Another Woman's Hotel Room
By Brad Witter
Kaitlyn Bristowe Said Chris Harrison Ignored Her After Her 'Bachelorette' Hosting Gig
By Grace Wehniainen
Airris From 'MAFS' Says He Doesn’t Regret Going To Decision Day With Jasmine
By Brad Witter
Get Even More From Bustle — Sign Up For The Newsletter
From hair trends to relationship advice, our daily newsletter has everything you need to sound like a person who’s on TikTok, even if you aren’t.