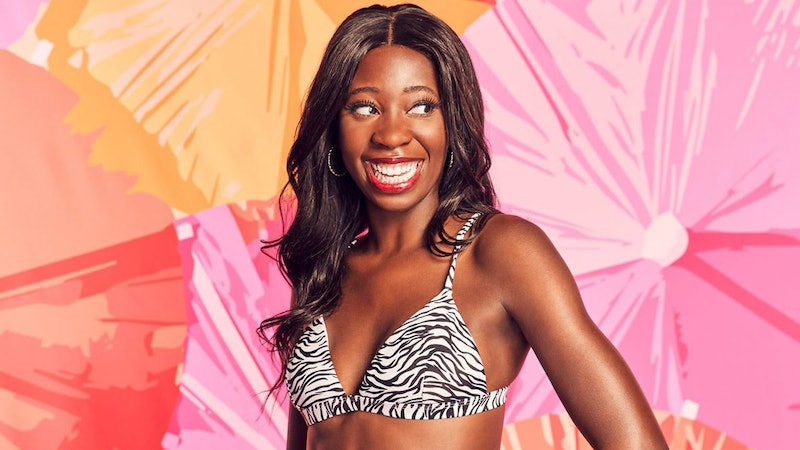 The third season of Love Island US is only a few nights in, but already Cashay Proudfoot has emerged as a fan favorite. “Finally watching love island and I’ll die for cashay” wrote one viewer on Twitter. Added another: “Cashay is the main character of love island this season and i won’t be hearing otherwise.”

As the 25-year-old New Yorker continues to seek love (and half of the $100,000 prize) onscreen, here’s everything to know about her outside of the show.

When it comes to finding a parter, Cashay — who goes by Cash — is all about the groove. In her Love Island US promo video, she describes her perfect guy as “someone who dances,” saying it’s “almost more important than faithfulness.” She echoed those sentiments in an interview with Parade, where she explained some of her requirements for potential suitors. “I can't do a man who smokes cigarettes, I need a man who can dance, and I need someone who's emotionally mature,” she said.

Cash hails from the Big Apple, where she works as a waitress as well as a model. Her Instagram is indicative of her natural comfort in front of the camera, including plenty of glamour shots.

Cash’s feed also shows off her NYC style, comedic tendencies, and of course, her love of dancing. Her account certainly fits the description of herself she gave to Parade when asked what kind of drink she’d be. “It would be tequila on ice. I'm simple, I hit strong, but I taste good,” she said. That speaks to the obvious boldness and vibrance that makes Cash a great fit for both New York City and reality TV.

In her Love Island video promo, Cash comes off as self-assured and brazen. “If the guy’s really really hot, I’m going to approach you, because there’s nine other women who are around you who are not approaching you because you’re so hot,” she explains of her strategy for dating men in the villa. She also notes that while she considers herself a “girl’s girl,” she’s not afraid to step on some toes. “If I like a guy and someone’s with that guy, what am I supposed to do? Not go for him because they’re together?” That may rub some of the other women the wrong way, but it’ll certainly make for compelling television — even though so far, Cash has been incredibly gracious.

When it comes to what — besides a knack for dancing — Cash is looking for in a partner, she said that she loves “someone who has has a passion for life, instead of lets life happen for them” and who’s able to “create moments.” Ultimately, Cash is looking to leave Love Island with something special. “When I leave the villa, I hope to leave with a man, we don’t have to necessarily be in a relationship, but we’re not just friends,” she says in her promo.

Whether or not Cash can put a label on a potential relationship by the end of the summer remains uncertain. But if anything’s clear, it’s that any guy will have to prove their moves on the dance floor before putting the moves on Cash.

More like this
'Love Island's Jess Wynter Is Keen To Avoid Making This Mistake Again
By Sophie McEvoy
'Love Island's Aaron Waters Is Determined To Do This One Thing In The Villa
By Sophie McEvoy
'Love Island' Has Added Yet Another Bombshell To The Villa
By Bustle UK
This Pre-'Love Island' Video Of Olivia & Zara Together Changes Everything
By Bustle UK
Get Even More From Bustle — Sign Up For The Newsletter
From hair trends to relationship advice, our daily newsletter has everything you need to sound like a person who’s on TikTok, even if you aren’t.