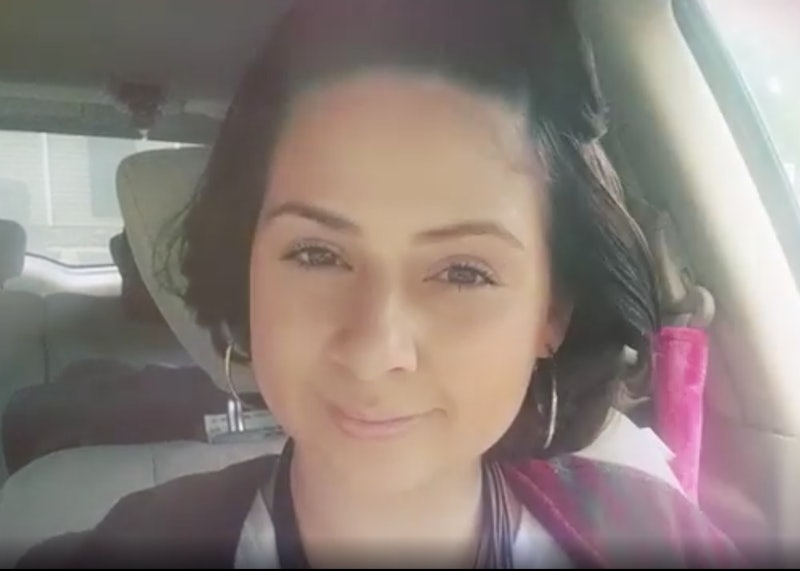 When Kamie waves her "therapy brush" within the first five minutes of Catfish, you know it's about to be a wild episode. This week, the spotlight was on Stephanie and Danny, who chatted romantically on and off for 10 (!!) years. But every time they came close to meeting, Danny ghosted.

During the decade that they talked online, the pair never spoke on the phone or video chatted — telltale signs of a catfish. However, Nev and Kamie found Danny's Instagram to be shockingly legitimate. Something didn't add up. After much hesitation, Danny did eventually join the Zoom meeting they set up, and he wasn't a catfish after all. He claimed to simply not like phone calls or FaceTiming, and admitted to having cold feet about Stephanie due to his living situation and other personal factors.

At the end of the episode, the two committed to exploring a relationship, but according to Stephanie, who goes by Anastasia on Instagram, it didn't last long. "Danny and I are not together but we are good friends," she tells Bustle. Other than that, she says "life has been normal" since they filmed their episode. On the show, she said she works in customer service and cosmetology. She tells Bustle she's now going to school for nursing and "trying to build my brand."

Danny, on the other hand, says he and Stephanie have "never actually been together," adding that they are friends and always have been. "I’m just focused on myself and my career," he explains. "If love eventually finds itself into my life then I will be open to it."

For someone who was weary about being on TV, Danny has promoted the episode quite a lot on Instagram. According to his bio, he works in marketing and videography, and it looks like he has a few startups in the works: Luso Digital, a production and social media marketing company, and Buds N Grub, a YouTube channel that reviews "cannabis products and munchies." He's still located in San Francisco, per Instagram, but his recent Stories show him traveling to New Jersey, the state he's from.

It's unlikely he and Stephanie will be meeting up any time soon, given that we're all still stuck in lockdown. But at least they're on good terms. Considering how messy some Catfish cases have been, that's a pretty big win.