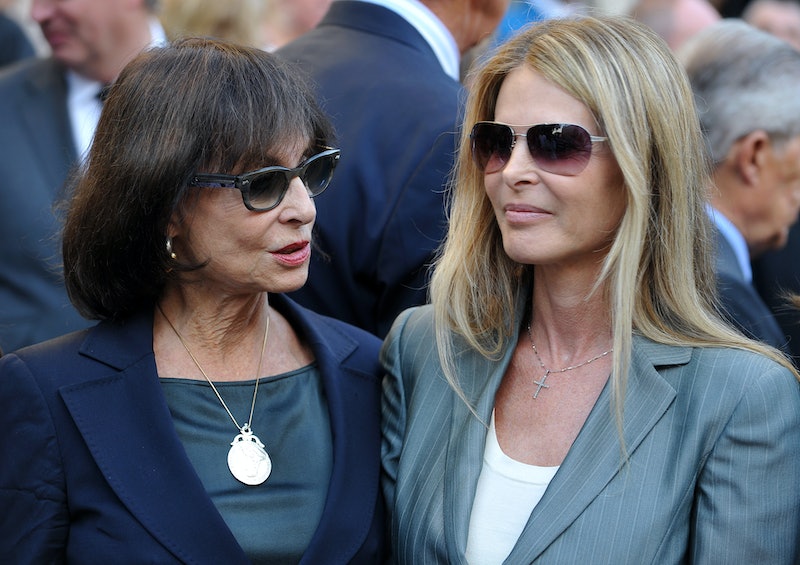 The second half of HBO's The Vow chronicles Catherine Oxenberg's quest to rescue her daughter India from NXIVM, the cult brought down in 2018 amid charges of sex trafficking and fraud. Along with former NXIVM members, cult experts, and New York's attorney general, she eventually enlists the help of her mom, Princess Elizabeth of Yugoslavia, who was banished from her homeland in 1941 when she was only four, following a military coup.

The human rights activist, who is Prince Charles' second cousin, has since lived in Kenya, South Africa, Greece, Paris, London, and New York. She welcomed Catherine, her first child, with American dressmaker Howard Oxenburg in 1961; she was married two other times and has two other children. In fact, the Yogoslavian government didn't permit Princess Elizabeth to re-enter the country until the late '80s, when she accompanied her third husband, former Peruvian prime minister Manuel Ulloa, on a business trip. In 2004, over a decade after Yugoslavia fully dissolved, Princess Elizabeth unsuccessfully ran for president of Serbia.

It was from Serbia that Elizabeth flew to New York City in April 2018, at Oxenberg's request, in a last-ditch effort to get India to leave NXIVM, according to Page Six. The trip didn't go as planned: former NXIVM publicist Frank Parlato, who's also featured in The Vow, told the outlet that India remained loyal to NXIVM leader Keith Raniere and "vowed to go to prison to protect him," reportedly likening herself to Nelson Mandela. She also refused to talk to her mother, though she did speak to her grandmother.

It wasn't until August 2018, five months after Raniere was arrested on charges including sex trafficking and conspiracy to commit forced labor, that Oxenberg revealed India had finally left NXIVM. "India is spending time with her friends and family," the former Dynasty actor told People. "She is moving forward with her life and will share her story when she is ready. At this time, she has asked for privacy ... I will be as fiercely protective of her privacy as I have been of her safety."

Oxenberg is the one who introduced India to NXIVM, which billed itself as a self-help group. She'd taken her then-19-year-old daughter to a 2011 workshop in an attempt to bond, but eventually came to believe that Raniere's group had "all the earmarks of a cult." Later, she learned that India had joined a "secret sorority" within NXIVM called D.O.S., where she was labeled a "slave," forcibly branded with Raniere's initials, and allegedly put on an incredibly restrictive diet.

Oxenberg staged her first unsuccessful intervention in 2017. "I just wanted my daughter back," she told People. "And if India had left the group when I first tried to get her to leave in June 2017, I would have walked away and Keith would still be up there branding, coercing, and threatening women." (Raniere was convicted on seven charges including sex trafficking, racketeering, and conspiracy in 2019; he's scheduled to be sentenced on Oct. 27).

In September 2018, Princess Elizabeth spoke to RadarOnline.com outside a New York courthouse, explaining that India was working with a deprogrammer and "beginning to remember details that obviously were hidden in the subconscious." She also confirmed that her daughter and granddaughter had reconciled. "I just know that [India] and her mother are very close again, and we're very relieved and grateful for that."