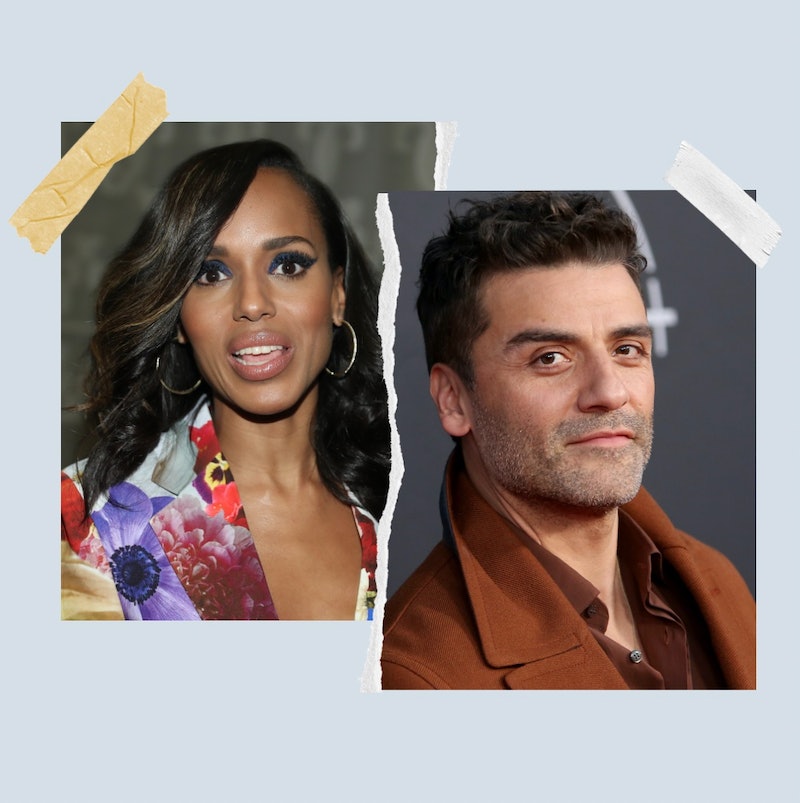 Ariana Grande, Oscar Isaac, Gabrielle Union, and more stars are speaking out against Florida’s “Don’t Say Gay” bill and the Walt Disney Company’s initially muted response to the controversial legislation, which has caused walkouts and protests from Disney employees nationwide.

The state’s bill, formally called the Parental Rights in Education bill, would outlaw all mention of sexual orientation in classrooms from kindergarten to third grade, which could include teachers acknowledging historical figures or even their students’ LGBTQ parents. The law would also require schools to contact a student’s parents if they come out to an employee, and parents would be able to sue any school districts who don’t follow the proposed laws. While President Joe Biden has called the bill “hateful,” it has already passed the Florida Senate, and Gov. Ron DeSantis has indicated that he will sign it into law soon, causing outcry all over the country.

Disney has a lot of stake in Florida, considering Orlando is the home of Disney World and many TV and film productions are shot in the state, which has made the company’s soft response to the bill a touchy subject of controversy. Many Disney staffers have staged walkouts from work in protest, while some of its high-profile stars have spoken out against the company, leading Disney to issue an apology on March 11. “It is clear that this is not just an issue about a bill in Florida, but instead yet another challenge to basic human rights,” CEO Bob Chapek wrote. “You needed me to be a stronger ally in the fight for equal rights and I let you down. I am sorry.”

However, its workers want more, asking for Disney to take a stronger stand by ceasing all campaign donations to politicians that support the bill and crafting a plan to protect its employees from the legislation, which includes stopping development efforts in the state. Fifteen other states are currently developing bills like Florida’s Don’t Say Gay legislation, with similar laws already being passed in other states years ago. But given Florida’s ties to the entertainment industry, it’s only natural that celebs are starting by speaking out against Florida and Disney first.

Washington, who starred on the Disney-owned ABC show Scandal, slammed the company for their initial silence on the Don’t Say Gay bill, saying in a Twitter statement on March 22 that she doesn’t “condone the actions or inactions of Disney in this moment.”

On March 22, Raven-Symoné posted a video of the entire Season 5 cast and executive producers of Raven’s Home walking off set in protest of the “Don’t Say Gay” bill.

“In today's world it is imperative that we take stands, show support, and move forward not backwards,” she captioned the video. “Every family every person and every child deserves to be recognized no matter their race, gender, or sexual orientation. Education that reflects the truth and the world we live in is something we must fight for.”‌

On March 9, Florida native Grande called the bill “really disgusting” in an Instagram Story, sharing a post from Equality Florida that explains the news in detail.

Like Grande, Mendes shared a post from Equality Florida on Twitter that showed protestors rallying outside of the Florida capitol building in protest of the bill. The singer urged his Floridian fans to join the movement, writing, “Florida, call your senators!” and providing a link with contact info for their representatives, complete with the hashtag #LetFreeFloridaSayGay.

While walking the red carpet of her new film, Disney+’s remake of Cheaper By the Dozen, Union criticized Disney’s initial lack of response to the “Don’t Say Gay” bill. “Somebody asked me, ‘Are you disappointed?’ I’m disappointed when my order isn’t right at In-N-Out,” she told Variety. “I don’t even think that’s a word that you could use for something like this, where children’s lives are literally hanging in the balance. We need to own that if you truly are taking stands against hate and oppression, you should not fund hate and oppression. Period. The damage is done.”

Grey’s Anatomy and ...And Just Like That star Ramirez spoke out against the bill on March 9, writing “gay” repeatedly and affirming their support for all members of the LGBTQ community.

Gay icon Takei, who has spoken out against similar “Don’t Say Gay” bills in years past, criticized Florida’s bill in detail in a Twitter thread on March 9. “Don’t fall into the trap that this is just about protecting kids,” he concluded his argument. “Ask what the state is supposedly protecting them FROM, and what that implicitly says about the prohibited topics. The law is wrong, it’s un-American, and Florida should be ashamed.”

This post will be updated as more celebrities react to the “Don’t Say Gay” bill.

More like this
"Lavender Haze" Star Laith Ashley Breaks Down Filming With Taylor Swift
By Jake Viswanath
Jameela Jamil Defends Sam Smith After Trolls Body-Shamed Them
By Jake Viswanath
8 Charities To Donate To During Black History Month
By Alexis Morillo
Ozzie’s Coming Out Scene With Kitty On 'That ’90s Show' Has Twitter Sobbing
By Brad Witter
Get Even More From Bustle — Sign Up For The Newsletter
From hair trends to relationship advice, our daily newsletter has everything you need to sound like a person who’s on TikTok, even if you aren’t.