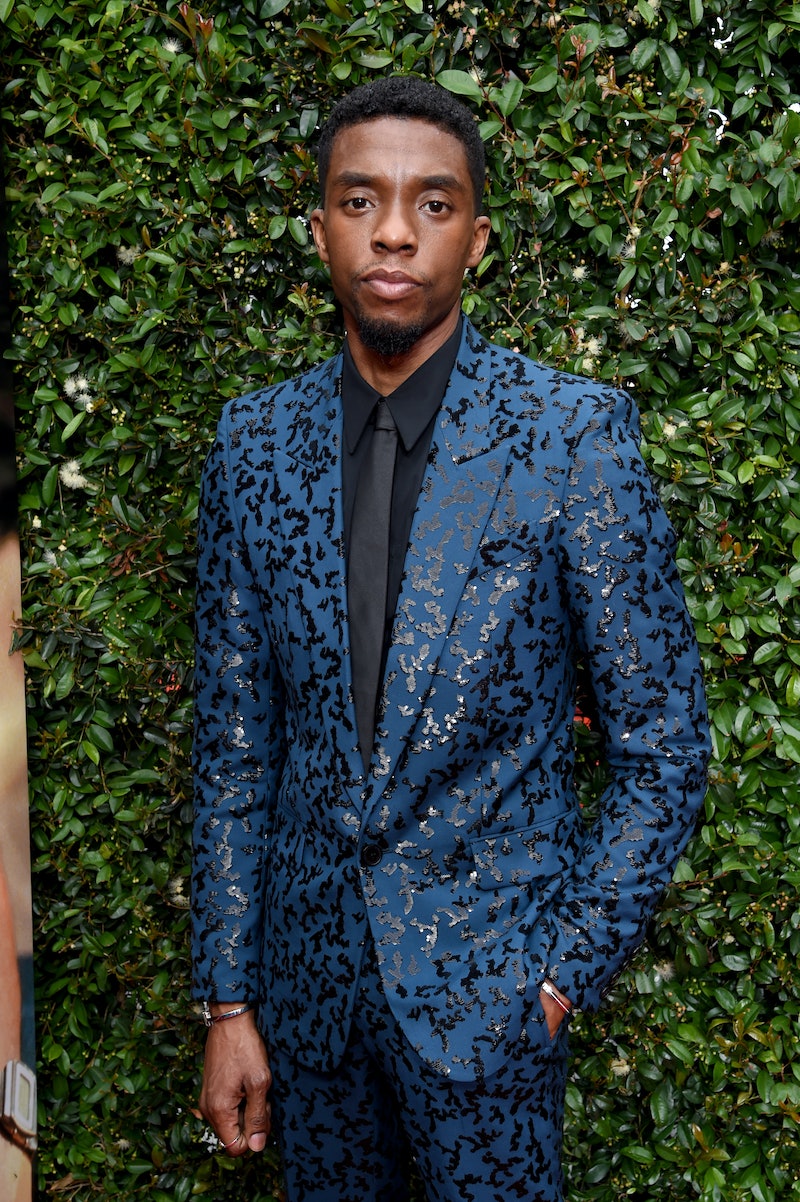 The World of Wakanda will return, but not with a new T'Challa. On Monday, Jan. 11, Marvel executive Kevin Feige discussed the future of Chadwick Boseman's Black Panther character with Deadline, revealing that Marvel will not be creating a CGI version of the late actor or recasting his role. Boseman, who passed away in August following a private battle with cancer, played the titular character in the first film of the franchise.

Instead of recasting or going the CGI route, Feige explained that writer and director Ryan Coogler is working on a script that will be about "furthering the mythology and the inspiration of Wakanda." The Marvel boss also said the team is committed to "honoring and respecting the ongoing learnings and teachings from Chad as well."

Feige first revealed that T'Challa would not be recast in November and that the film would "explore the world of Wakanda and the rich characters introduced in the first film," according to People. Victoria Alonso, Black Panther's executive producer, also previously promised fans that T'Challa wouldn't be rendered digitally. "There's only one Chadwick, and he's no longer with us," she said.

Alonso hinted that T'Challa's death would be written into the Black Panther II script, saying: "sadly, our king has died in real life, not only in fiction." The executive producer also pledged that the team would be careful with the character's story moving forward. "We're taking a little time to see how we continue the story and how to honor this chapter of what has unexpectedly happened to us," she said, adding that Boseman's death has been so "painful and terrible."

Disney and Marvel have not yet revealed how Boseman's passing will factor into the sequel's storyline, but fans have speculated online that Shuri, played by Letitia Wright, will take on a bigger role in the next movie. Wright, who grew close to Boseman while filming the first installment, expressed hesitation at returning to Wakanda without T'Challa in an interview with Net-A-Porter. "The thought of doing it without him is kinda strange. We're just grieving at the moment, so it's trying to find the light in the midst of it," she said.

More like this
Twitter Is Overjoyed By Angela Bassett’s Record-Making Oscar Nomination
By Maxine Harrison
What Is Mary J. Blige’s Net Worth? The 9-Time Grammy Winner Is Doing “Just Fine”
By Hugh McIntyre
Taylor Lautner Copped To Finding Jacob "A Little Annoying" In Twilight
By Stephanie Topacio Long
James Cameron May Come To Regret His 'Titanic' Door Experiment
By Stephanie Topacio Long
Get Even More From Bustle — Sign Up For The Newsletter
From hair trends to relationship advice, our daily newsletter has everything you need to sound like a person who’s on TikTok, even if you aren’t.