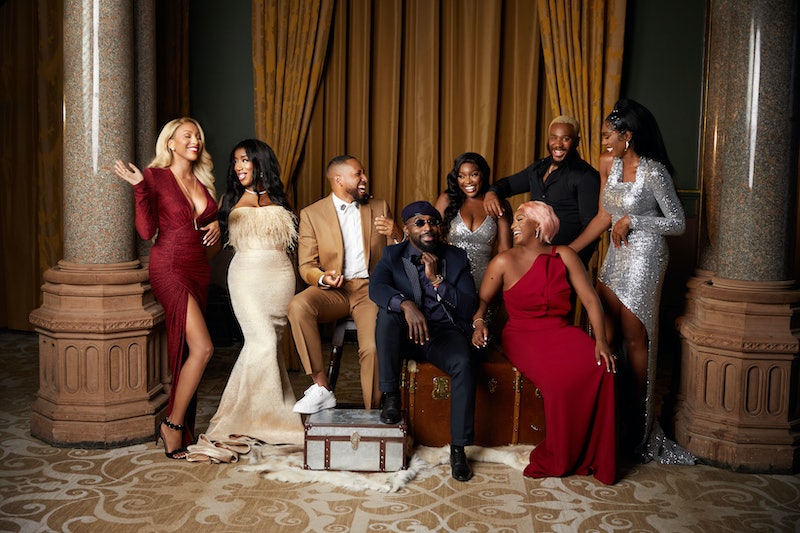 In March 2021, Channel 4 announced the commission of a new reality TV series, Highlife. Described as “the first Black British premium reality TV series”, Highlife will air this autumn – but what should viewers know about the show ahead of its release?

Highlife will air as part of Channel 4 Represents: Black to Front, which, as the channel explains, is as its “ongoing commitment as an anti-racist organisation to improve Black representation on and off screen, amplify the conversations around representation and portrayal, and drive long-term change.”

There are lots of big names involved in the creation of the show. It was commissioned by Vivienne Molokwu and overseen by Daps, the award-winning music video director for Stormzy and Cardi B and CEO of CR8TIVE ROW. BAFTA nominated actor and producer Luti Fagbenle is also working on the project, as are Tina Flintoff and Nick Hornby, the co-CEOs of production company Optomen.

What Is Highlife About?

Per the press release, “Highlife follow the lives and loves of a group of ambitious, glamorous young British West Africans all chasing their own idea of success. Highlighting a community where high family expectations often impact career choices, relationships and even friendship groups, the four-part docu-ality series is an aspirational but utterly relatable authentic portrayal of British life.”

Commissioner Vivienne Molokwu said: “This four-part series represents an exciting opportunity to portray young Black Britain without a gun or gang in sight. Glossy, ambitious and unapologetic, just like it’s cast, this confident new series will look different both in front of and behind the camera whilst still reflecting the highs and lows of life in a way we can all relate to.”

Who’s In The Cast Of Highlife?

The cast features writer Toni Tone, an award-winning writer and speaker. The first ever ambassador for the charity Young Women’s Trust, Tone is also the author of the forthcoming advice book, I Wish I Knew This Earlier, which is to be published by Harper Collins in October.

When Will Highlife Air?

Highlife will launch its four-part series at 10 p.m. on September 10, 2021. There is currently no trailer for the show, and it’s not known which date the three subsequent episodes will air, so watch this space.