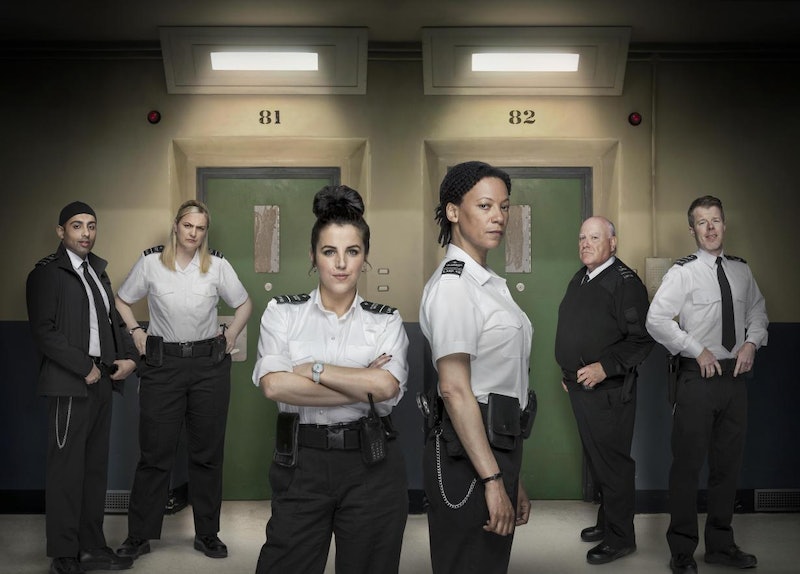 It was recently revealed that the BAFTA-winning writer behind Killing Eve and The Victim – Rob Williams – has created a new series for Channel 4, entitled Screw. The show has recently dropped its first-look images and some details have emerged about filming (which took place in Glasgow in a three-storey prison built for purpose), but what else if there to know about the upcoming series?

What Is The Plot Of Screw?

Screw will consist of six 60 minutes episodes, with a plot is inspired by Williams’ own time working and volunteering in prisons. The name of the series refers to a nickname sometimes given to prison guards – or screws.

The series will see the audience introduced to the staff at C Wing in Long Marsh, a fictional men’s prison. Long Marsh is “bursting at the seams with humour, emotional high stakes, and danger for prisoners and officers alike,” say Channel 4, who add that “this is life in prison as never before seen on British television.”

The plot centres in part around Rose, a 21-year-old trainee officer who begins to find herself a little out of her depth. Second lead Leigh is a more experienced prison officer, but one that harbours secrets that could jeopardise her career.

Who Will Be In The Cast Of Screw?

Co-leads Rose and Leigh will be played by Derry Girls’ Jamie-Lee O’Donnell and Nina Sosanya of His Dark Materials, respectively.

Also starring will be Faraz Ayub (Line of Duty) as Ali, Stephen Wight (I May Destroy You) as Gary, Ron Donachie (Game of Thrones) as Don, and Laura Checkley (King Gary) as Jackie.

When Will Screw Air?

There’s no official date yet in regards to exact timings the show will be on TV. However, Channel 4 have confirmed that the series will be available in “early 2022” on both Channel 4 and All 4.