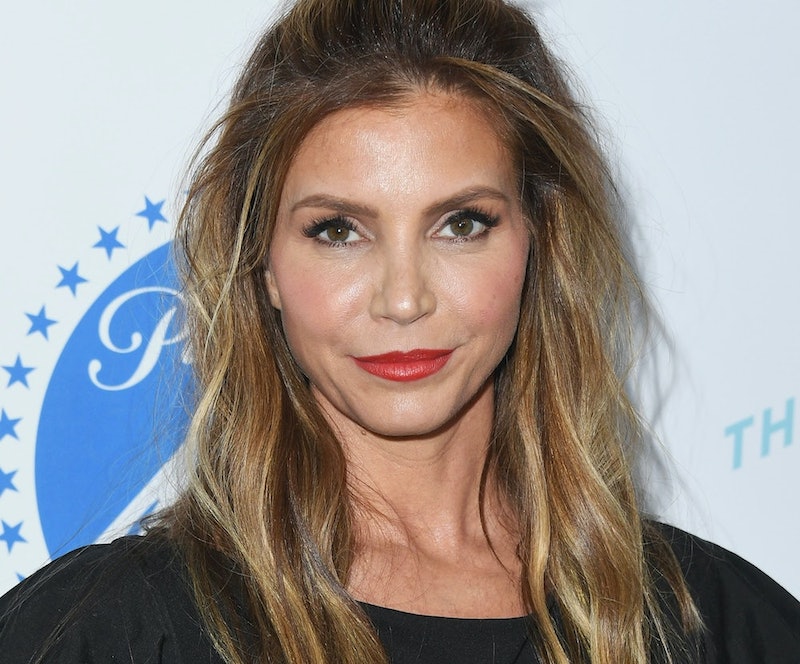 In a social media statement shared on Feb. 10, actor Charisma Carpenter accused Joss Whedon of abusive behavior on the set of Buffy the Vampire Slayer and its spinoff Angel. Carpenter, who played Cordelia Chase on the shows, said Whedon “abused his power on numerous occasions” and created a “hostile and toxic” work environment. Carpenter signaled support for Justice League actor Ray Fisher, who also accused Whedon of abusive and unprofessional behavior last summer, citing him as the reason she will “no longer remain silent.” Bustle has reached out to Whedon’s reps for comment but did not receive an immediate response.

“For nearly two decades, I have held my tongue and even made excuses for certain events that traumatize me to this day,” Carpenter began in her statement. “Joss Whedon abused his power on numerous occasions while working together on the sets of Buffy the Vampire Slayer and Angel. The disturbing incidents triggered a chronic physical condition from which I still suffer. It is with a beating, heavy heart that I say I coped in isolation and, at times, destructively.”

Carpenter called Whedon “casually cruel,” accusing him of wielding “passive-aggressive threats” and calling her “fat” when she was pregnant. “He was mean and biting, disparaging about others openly, and often played favorites, pitting people against one another to compete and vie for his attention and approval,” Carpenter wrote. When Whedon found out about her pregnancy, Carpenter alleged he “asked me if I was ‘going to keep it’ and manipulatively weaponized my womanhood and faith against me.”

“He proceeded to attack my character, mock my religious beliefs, accuse me of sabotaging the show, and then unceremoniously fired me the following season after I gave birth,” Carpenter continued, adding that she “felt powerless and alone.” All of this occurred “during the most wonderful time of new motherhood,” but “all that promise and joy sucked right out,” she wrote. “Joss was the vampire.”

While she “muted” herself in “shame and conditioned silence,” Carpenter said she felt an “overwhelming sense of responsibility” to Fisher and others — and revealed that she participated in WarnerMedia’s recent investigation of Whedon. “I believe Ray to be a person of integrity who is telling the truth,” Carpenter wrote. “His firing as Cyborg in The Flash was the last straw for me.” (Fisher was removed from the film last month after he called on the resignation of DC Films President Walter Hamada amid WarnerMedia’s investigation.)

On Wednesday, Fisher tweeted support at Carpenter for coming forward. “Charisma Carpenter is one of the bravest people I know,” Fisher wrote. “I am forever grateful for her courage and for her lending her voice to the Justice League investigation. Read her truth. Share her truth. Protect her at all costs.”