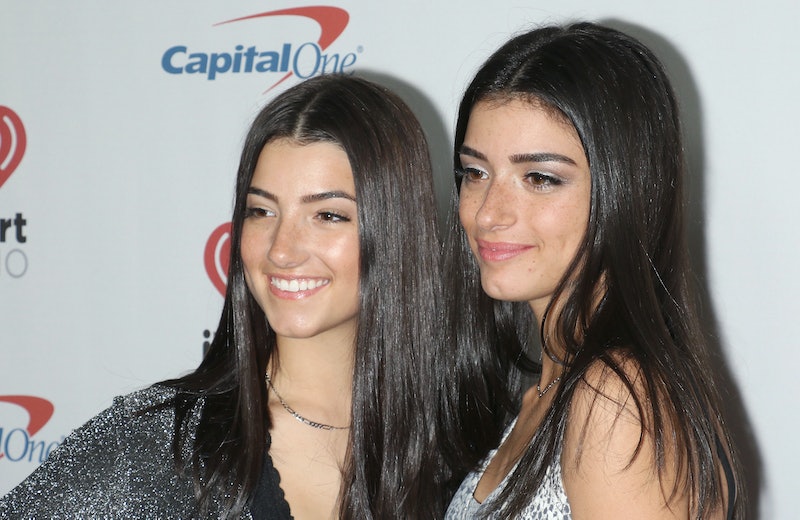 Even the most followed person on TikTok can take a tumble on the social media platform. Charli D'Amelio lost over 800,000 TikTok followers after receiving backlash for a YouTube video posted by her family. The video was the first of their new YouTube series, "Dinner With the D'Amelios," and it featured the famous TikTokers eating dishes prepared by a personal chef. Unfortunately, things went south when Charli passed a comment about her follower count as her sister Dixie complained about the food — and now, she's apologizing.

It all started on Monday, Nov. 16, when the social media family posted the video, which featured YouTube star James Charles as the "mystery guest." Unfortunately, it wasn't long before the D'Amelio sisters were faced with online backlash, with many viewers criticizing the TikTok stars for their poor manners. "I watched the D'Amelio dinner video and Charli and Dixie were literally being so rude," one person tweeted. "Be grateful for the food you have. You literally had a personal chef." Many others took to social media to condemn Dixie for spitting out her food and making puking noises in front of the chef before actually throwing up.

Charli, for her part, angered fans when she asked the chef for "dino nuggets" and complained about not gaining 100 million TikTok followers in the span of a year. Currently, the 16-year-old is the most followed person on the viral video app. "Was the 95 [million] not enough for you?" James responded. Unfortunately, it seems Charli's comments didn't have the intended effect; the influencer has since lost over 600,000 followers and counting in the span of just a few hours, according to Livecounts. On Wednesday, she had over 99.4 million followers, and it has now dropped below 98.8 million.

On Thursday, Nov. 19, Charli took to Instagram Live to respond to the recent criticism she and Dixie have been up against. "Blatantly disrespecting the fact that I'm a human being is not OK," she said through tears. "You can hate on me for whatever I've done but the fact that all of this is happening because of a misunderstanding. I just feel like that's not okay. If this is the community that I've put myself in, I don't know if I want to do that anymore." The star went on to apologize for her actions in the YouTube video. "I love every single person that supports and follows me, and I hope you guys know that," she added.

Dixie also shared a video to TikTok in which she tried to explain the "full story" behind the video. The 19-year-old claimed that her team and the chef, Aaron May, intentionally encouraged her to eat the snail as a prank to garner a reaction. "I love Chef, and I would never disrespect him in any way, and maybe don't judge someone's personality over a 15-second video," she said. As of press time, Dixie is not losing a significant number of followers like her sister.