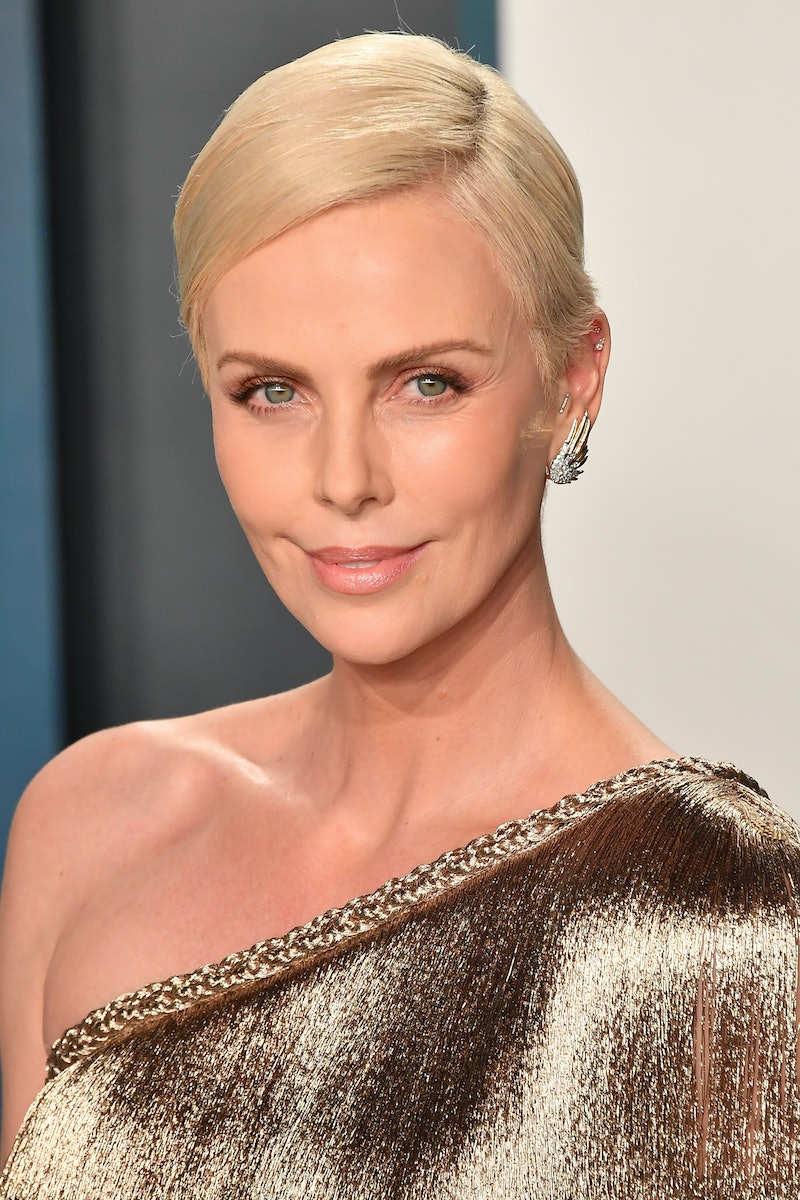 With the coronavirus pandemic and the increased spotlight on police brutality and Black Lives Matter, kids have had to grow up pretty quickly in 2020, and celebrity children are not immune. Charlize Theron revealed how she told her daughters about George Floyd during an appearance on The Tonight Show Starring Jimmy Fallon on Monday, July 13. And while she said the talk was as heartbreaking as it sounds, it also left her kids with some hope for our future.

Theron is mother to two young Black girls, eight-year-old Jackson and five-year-old August, both of whom were adopted. When Fallon asked if she had talked with her daughters about systemic racism and police brutality in the U.S., which has gained even more attention in the wake of Floyd's killing by police officers, she confirmed that she had. "The day I became a parent, I vowed I would always tell them the truth in a way they can handle," she said, adding that her kids "have an awareness" of what's happening in the world at such a young age and that it's "too important of a moment to not be completely transparent."

The actor explained that their conversation was "heartbreaking at first," but said that her children handled it surprisingly well. "I wanted them to know what this was all about, what happened to George Floyd, and to so many other Black bodies that have died from this violence," she said. "They couldn't understand that people would let something like that happen. I'm getting emotional just thinking about it because that is really ultimately what it is. How do we allow anything like this to happen on our watch?"

Theron has previously opened up about being a mom to two Black girls, telling Variety's The Big Ticket podcast that not only has she had the tough conversations with her kids, but she also wants to see them represented more onscreen. “I want them to grow up in a world where they see themselves, where there is an awareness that they can be whomever they want to be because they see it," she said. "And that’s not just in cinema, that’s in life too."

Despite exposing them to tough but necessary conversations, Theron also gave her girls hope when she told them about the ongoing protests in support of the Black Lives Matter movement, with them wanting to join in on the action themselves. "They became very active in protesting and wanting to make signs and wanting to actually go on protests,” she revealed to Fallon. “They've become little warriors in their own right. I can take no credit for it."

More like this
A Royal Lie: Harry Reveals The Truth About Princess Diana’s Ring
By Marina Watts
Jennifer Coolidge Hunted For Jewels & Lashes In J.Lo’s Hotel Room
By Jake Viswanath
Keke Palmer Shares The Sex Of Her & Darius Jackson's Baby
By Jake Viswanath
At 28, Rosie Perez Risked Her Career To Stop Playing Stereotypes
By Gabrielle Bondi
Get Even More From Bustle — Sign Up For The Newsletter
From hair trends to relationship advice, our daily newsletter has everything you need to sound like a person who’s on TikTok, even if you aren’t.