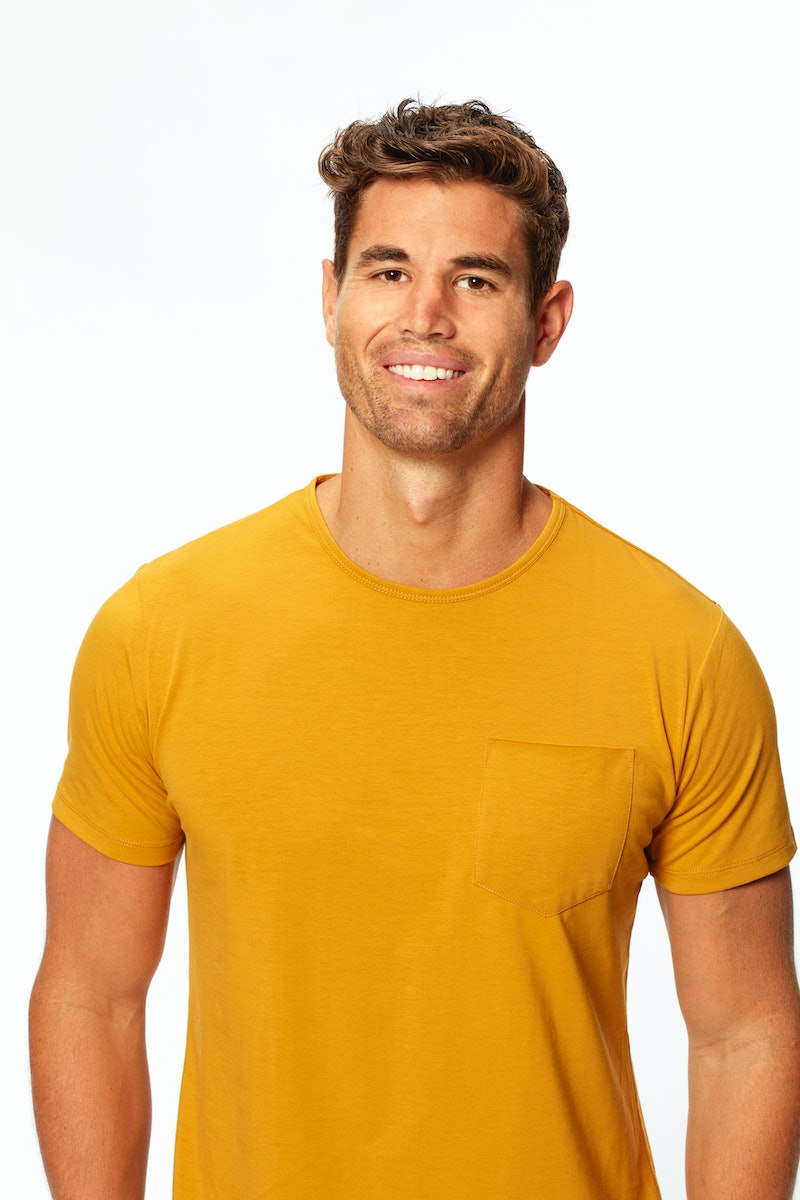 One of the men vying for Clare's final rose on The Bachelorette is Chasen Nick, an IT account executive and former swimmer from San Diego. According to his ABC bio, he doesn't enjoy awkward silences in conversations (who does?), so best of luck to him and his on-camera chats with Clare. Here's everything else to know about the 31-year-old.

According to LinkedIn, Chasen has worked for the staffing firm Apex Systems for the last eight years. He started as a recruiter and gradually made his way up to an account executive role. He also recently signed with modeling agency No Ties and shared his first Top Gun-esque photoshoot on April 6.

Dog content, modeling shots, and candids with family are what you'll find on Chasen's Instagram. His Bachelorette bio says that he one day hopes to adopt a goldendoodle puppy, and it looks like his family already owns one. "The unconditional love and support I get from them every day pushes me forward every second," he captioned a Jan. 8 family photo. "We have WAY too much fun as a family!"

On Sept. 30, Chasen shared the news of his Bachelorette casting. "2020 has been insane—and I’m not just talking about the coronavirus," he wrote. "It was 'Clarely' time for me to start a new chapter so I took a wild chance to fight for love."

He May Not Last Long On The Show

Along with a few other cast members, Chasen returned to Instagram in late July, which could indicate an early exit from the show. According to E! News, his castmates Tien Yang and Collins Youngblood gave interviews about their departures, whereas Chasen and a few others laid low and simply switched their profiles back to public.