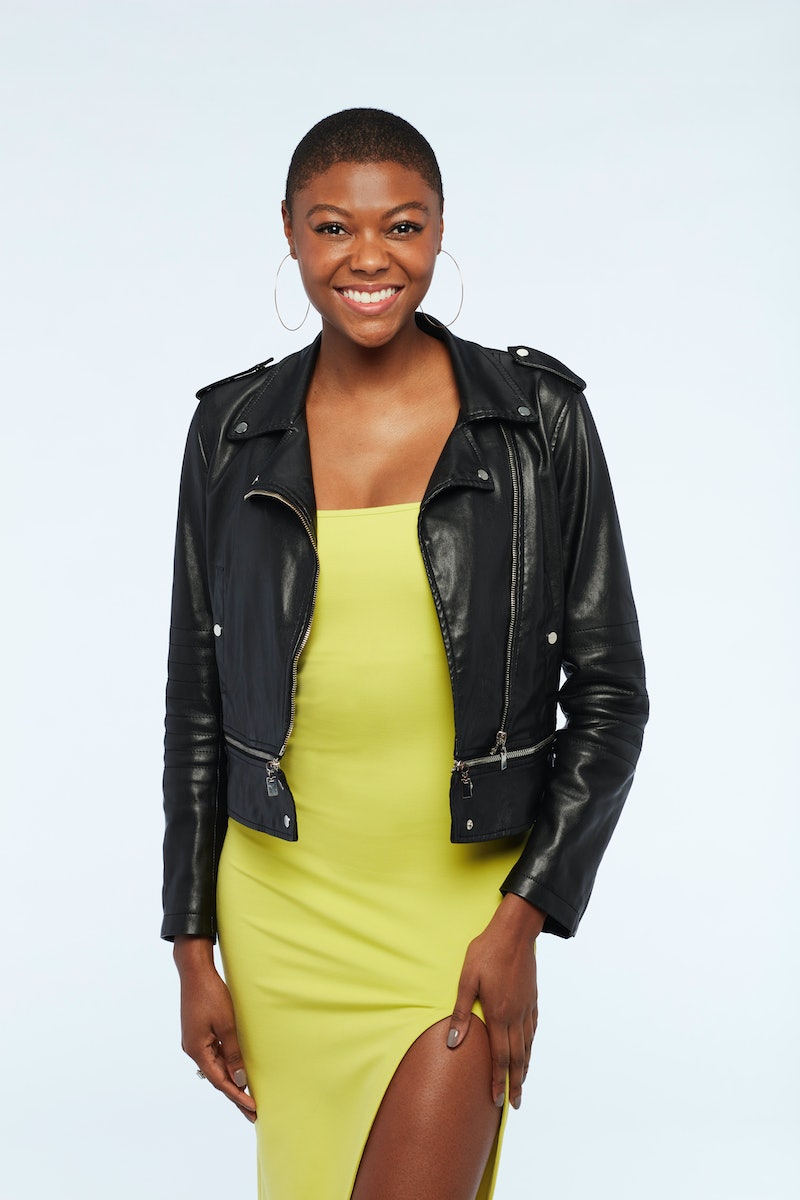 The Bachelor has featured several models (and "models") over the years, but host Chris Harrison says Chelsea Vaughn from Matt James' season is the real deal. This "tall drink of water," as Harrison called the Brooklyn-based model in a contestant introduction video released in December, has walked the runways of Paris Fashion Week and is signed to a "big-time New York modeling agency." And Chelsea is way more than just a pretty face.

"There is depth there," Harrison added, calling the 28-year-old Atlanta native "one of the realest women" this season. "There is a very sincere women behind these gorgeous model looks."

Here's everything else you need to know about the contestant the Bachelor host hinted that viewers should keep an eye on.

After graduating with a Bachelor of Science degree in fashion merchandising from the University of Georgia, Chelsea took a full-time job in corporate America, according to her official ABC.com bio. According to Chelsea's LinkedIn account, she started out as fashion intern at O, The Oprah Magazine in 2013, before taking on roles at such companies as Coach, Michael Kors, and Century 21 Department Stores. Most recently, she worked as a freelance assistant merchandiser for Aeropostale up until November 2019.

Then, she did "one of the most outrageous things she's ever done in her life," quitting her job to pursue a career in modeling. In August 2019, Chelsea, who's just shy a smidge shy of 6 feet tall (only 5 inches shorter than Matt), was signed to MMG a New York City-based model and talent management company that represents everyone from past Real Housewives stars to musicians like Ja Rule, Ray J, and Romeo Miller.

As one might expect from a professional model, Chelsea's Instagram posts could easily double as a modeling portfolio, with some behind-the-scenes shots added into the mix as well. In addition to sharing various professional runway photos, she's also posted shots of herself exploring such international cities as Paris between fashion shows and her home base, New York City. In January 2020, she joked about almost getting hit by a car while checking herself out on a giant Times Square digital billboard she appeared on to promote TLC's Say Yes to the Dress America.

What Chelsea's Looking For

Although Chelsea's only ever been in one long-term relationship, playing the field has given her a clearer idea of what she wants out of a relationship, per ABC. Her bio states that she loves a man who "will go the extra mile to show how they really feel and really appreciates it when someone can be vulnerable and an open communicator." When it comes to her dream man, she's searching for someone who will join her "as she wines and dines throughout the city." A little bit of spoiling doesn't hurt either. As The Bachelor continues, we'll see if Matt's the one for her.

More like this
The Bachelor’s Christina Mandrell Comes From One Of Country Music’s Most Famous Families
By Brad Witter
Zach Swears He Didn’t Look Up Contestants Before The Bachelor Began Filming
By Brad Witter
Brooklyn From 'The Bachelor' May Have Accidentally Predicted Her Time On The Show On IG
By Grace Wehniainen
This ‘Bachelor’ Contestant is Grocery Joe’s Pick For Zach’s Top 4
By Grace Wehniainen
Get Even More From Bustle — Sign Up For The Newsletter
From hair trends to relationship advice, our daily newsletter has everything you need to sound like a person who’s on TikTok, even if you aren’t.